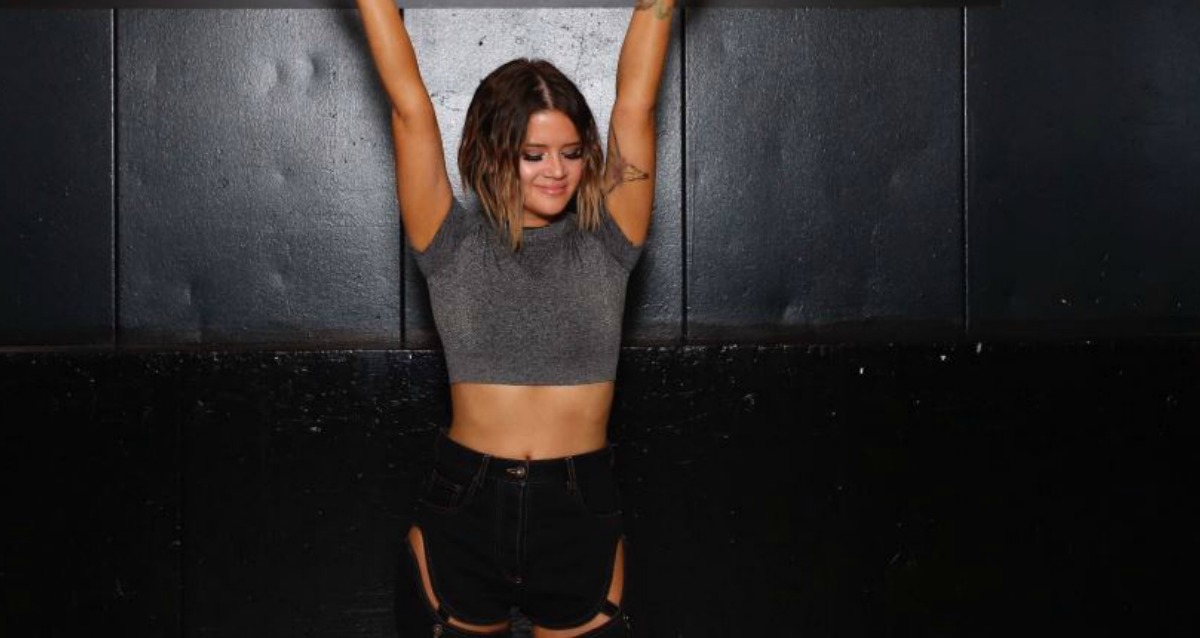 Maren Morris is known for her incredible talent and sultry good looks and her fans absolutely love her for it…well most of them do. Morris got into a little hot water for her outfit choice at a show in New York after she posted the below photo to Twitter:

After the photo was posted, some internet trolls started to tweet nasty remarks that alluded to the fact Morris was dressed inappropriately.

When things like this happen, most female artists take down the photos for fear of being thought of in a bad light, but not Morris.

Morris decided to take a stand for all women and use the situation as an opportunity to bash “slut shaming” on the internet.

“Honestly, I’m over the slut-shaming that goes on here. I’m a self-sufficient woman who loves her body. Get over it, thanks. :)” tweeted Morris after posting the photo of herself and her fiance below:

Hey, while prudes are bitching about my clothes, let's make babies. :) pic.twitter.com/rEh78XwQUY

This wasn’t the first time Morris has stood up for inequality in the sexualization of women in the spotlight. Earlier this year she contributed to The Lenny Letter, a newsletter started by actress and writer Lena Dunham.

“You either have to sing about being scorned by a lover or sing about thinking a boy is cute and wanting him to notice you. That’s about as edgy as you can get,” Morris wrote.

“‘Three chords and the truth’ is the resounding motto for lovers of country music. Whether you write it, play it, or just sing along, our genre has always stemmed from artfully expanding on real-life situations; telling it like it is. In our current 140-character culture, a lyrical slap in the face seems to be more refreshing and necessary than ever.”

“Don’t be mistaken, I really do love where I am 99 percent of the time, but the other percent is me hitting a wall in certain interviews where the interviewer just wants to talk about some outfit I wore or my haircut” Morris continued.

As for the rest of the country music community, they seemed to have her back with tweets coming in from RaeLynn and Brothers Osborne backing up their musical co-worker with supportive tweets.

At the end of the day it’s about the music, and no one can say that Maren Morris doesn’t deserve to be heard.

Check out her video for her breakout song “My Church” below!