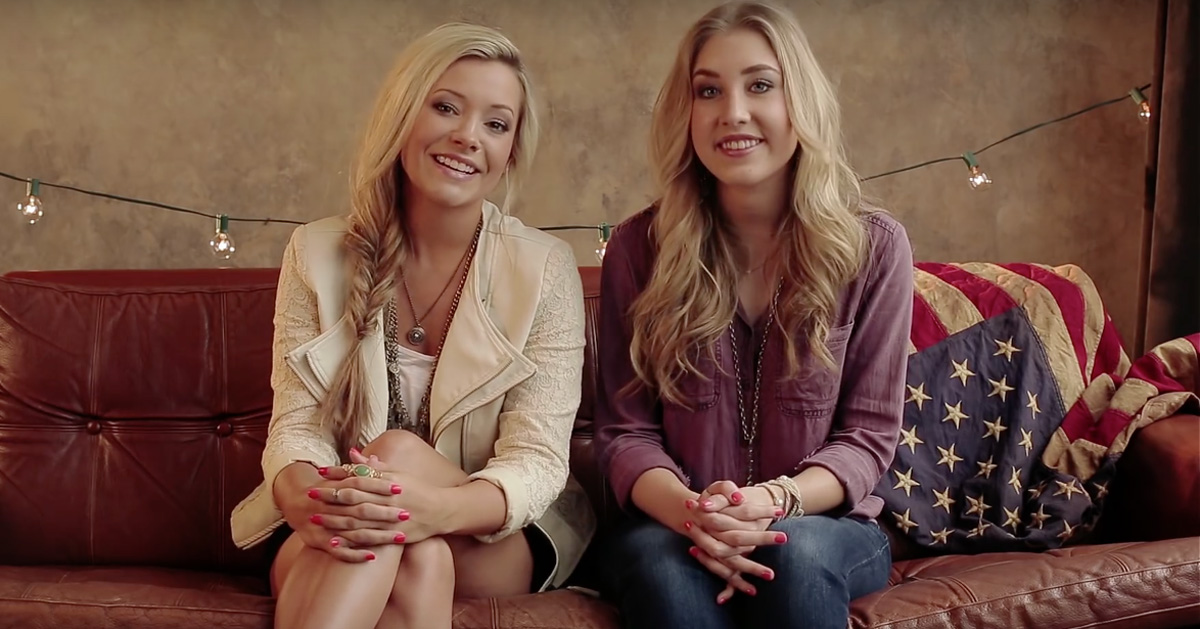 Country music duo Maddie & Tae are making their mark on the fashion industry. Check out their latest efforts and new campaign here...

Back in 2015, Maddie & Tae dropped their debut album, Start Here. Country music fans could not get enough of the record’s biggest hits such as “Girl in a Country Song,” “Sierram” and “Shut Up and Fish.” You may even remember watching the pair perform “Fly” on The Tonight Show Starring Jimmy Fallon!. After wrapping up their Start Here Tour a couple years ago, Maddie & Tae collaborated with Bloomingdale’s to release their own fashion line at the close of 2016.

Now, the pair have announced they will be extending their fashion empire by signing a partnership with ONE Jeanswear Group to serve as the new ambassadors for the brand’s new girls’ denim line, Black Daisy. The jeans will be available in Macy’s stores across the country beginning this fall.

There’s nothing quite like a pair of great fitting jeans. That’s why we’re so excited to announce that we’re the new brand ambassadors for @BlackDaisyJeans! Whether it be the Tube Hi-Rise jean (Maddie) or the Billie Skinny jean (Tae), Black Daisy has something for everyone. You can find them and more at @Macys, @BontonStyle and @Belk. #BlackDaisyJeans

However, the “Girl in a Country Song” singers will have an even bigger role starting later this year. In fact, Maddie & Tae will be designing their own jeans! The duo are looking forward to being able to express themselves to their fans through their designs. If you are looking for a sneak-peek at the type of jeans Maddie & Tae will design, look no further than the pictures above and below. There’s no doubt girls all over the United States will be wearing their designs this autumn. Over the weekend, Maddie & Tae officially took on their new role with the company by hosting a meet-and-greet accompanied by a live performance at New York City’s Macy’s Herald Square.

Huge thank you to everyone who came out to the launch for our collab with @blackdaisyjeans! We had such a blast celebrating our collection with y'all. Much love!

In terms of music, the country music pair are hard at work in the studio preparing for the release of their sophomore album. After the closing of their first label, Dot Records, Maddie & Tae signed with Universal Music Group Nashville to assist them. In the meantime, fans can catch Maddie & Tae live on tour. Check out their remaining shows in the United States below…

Be sure to share this exciting news with other Maddie & Tae fans!