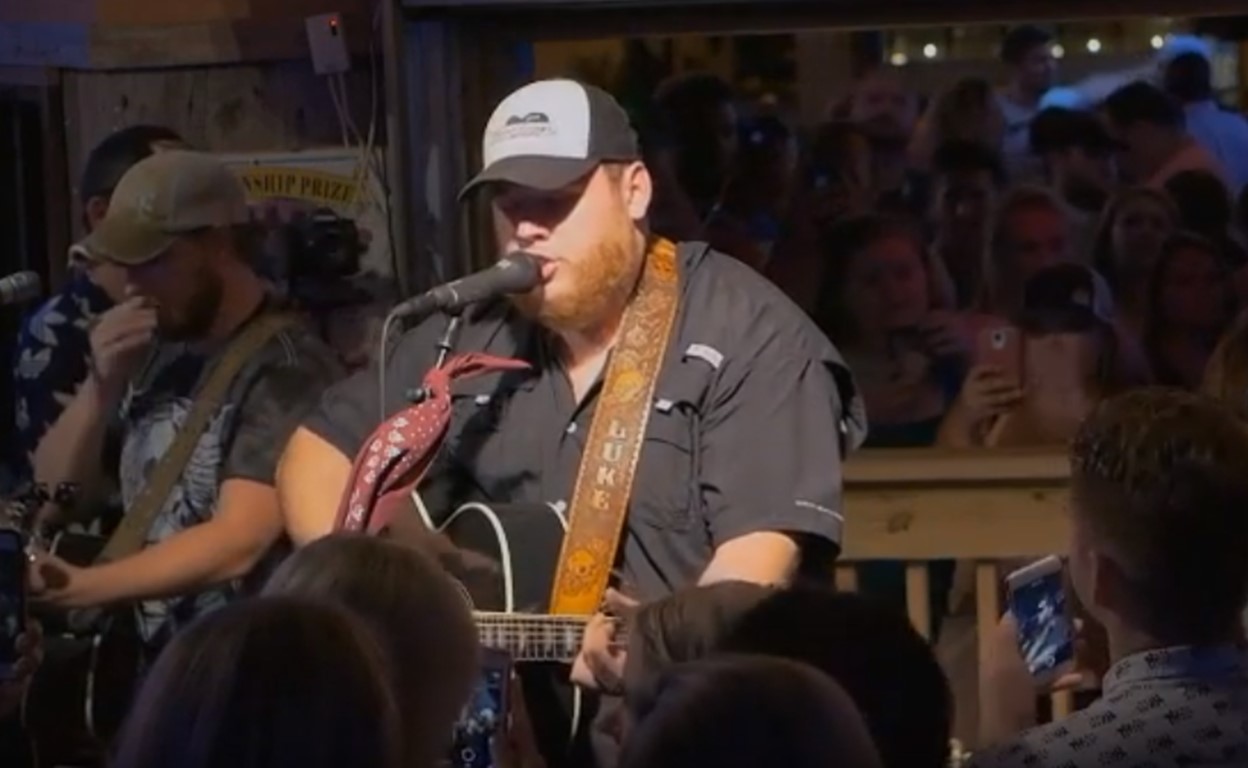 Back in 2016, North Carolina native Luke Combs performed live at Whiskey Jam on his way to becoming a household name. The artist didn’t expect to find such rapid success when he first picked up a guitar back in college. Now, he has a studio album (plus deluxe version), lives in Nashville, and produces country music hits! Combs’ debut album, This One’s For You, has earned Platinum certification from the RIAA and is the fastest debut country album to receive the coveted distinction since Chris Stapleton’s Traveller in 2015. Since since his debut release, Combs has accomplished unparalleled success with three consecutive No. 1 singles at country radio – 2x Platinum “Hurricane,” Platinum “When It Rains It Pours,” and Gold “One Number Away.” The star also topped the Billboard Country Albums Chart for seven weeks and currently holds the record for the most streamed country album of 2018.

Let’s take a step back and enjoy watching Luke perform “Hurricane”, “She Got the Best of Me”, and “Beer Can” for the Whiskey Jam audience!

This song compares a former love to a natural disaster and went on to become Luke’s debut single. This tune also reached #1 on the Billboard Country Airplay chart.

“She Got the Best of Me” at Whiskey Jam

Combs’ “She Got The Best of Me” can be found on the deluxe edition of his debut album, ‘This One’s for You Too.’

“Beer Can” at Whiskey Jam

“Beer Can” is a fan-favorite and is also a track that can be found on the deluxe edition of Combs’ debut album, ‘This One’s for You Too.’

Despite his rising fame, Luke remains very humble. “Right now, we’ve got fans who’ve been to 30, 40 shows,” Combs recently shared with Taste of Country, adding that he is surprised he has so many fans at this point in his musical career. “It’s hard to imagine the support that we have, kind of everywhere. We sold out in Hawaii, went to Europe, we went to Australia. It’s just hard to imagine that five years ago, I couldn’t get a guy to stop eating a chicken wing and listen to me play.”

We look forward to watching this rising country superstar grow as an artist and continue to leave his mark on the country music industry!

Check out the Whiskey Jam playlist on Spotify and keep an eye out for the next big artist to emerge from this venue!