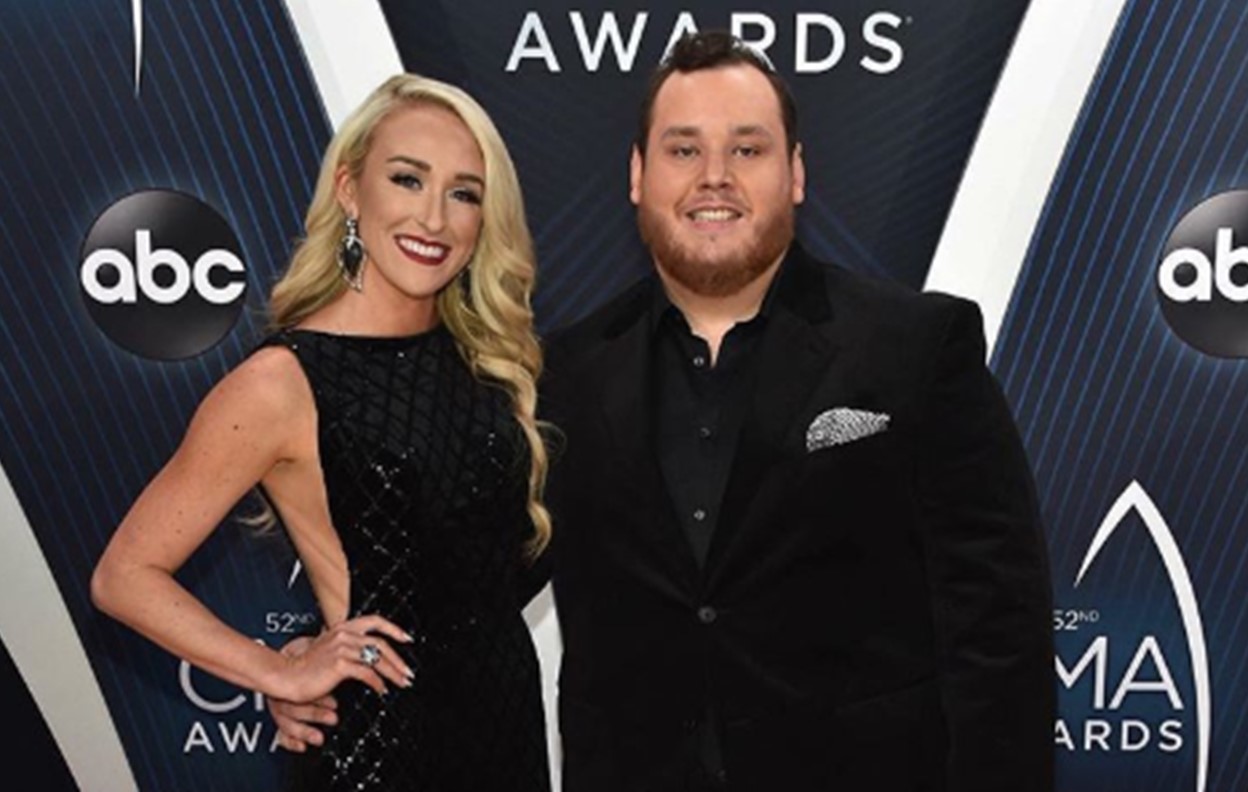 Country music hit-maker Luke Combs‘ rise on the Nashville scene has been a whirlwind to say the least! The North Carolina native had practically nothing and had just dropped out of Appalachian State University when he relocated to Music City— no publishing deal, no record deal, no booking deal, and a very green manager helping him navigate the industry.

“There was never a plan B. I don’t think that’s a smart thing, but I think anybody that kind of gets to to this point, there really isn’t a plan B,” he shared with Taste of Country. “To me, a plan B is like ‘well maybe it’s not going to work,’ and for me that just wasn’t an option.”

While he was working hard to breakthrough, Combs crossed paths with girlfriend Nicole Hocking, who works for Broadcast Music, Inc. (BMI) in Nashville, and they have been together for over two years.

“I won a CMA award last night but I showed up a winner because of this amazing woman,” Luke shared via Instagram after winning the ‘New Artist of the Year’ award at the 2018 CMA Awards. “Thank you for believing in me, supporting me, and eating cookout with me at 1:30am after the awards. I love you so much @nicohocking, you’re incredible inside and out.”

I won a CMA award last night but I showed up a winner because of this amazing woman. Thank you for believing in me, supporting me, and eating cookout with me at 1:30am after the awards. I love you so much @nicohocking, you’re incredible inside and out. 📸@johnshearer

Last night, I wasn’t expecting to come home with any hardware. Everybody had been asking me all week, “Have you written an acceptance speech?” And my answer was, “No.” I never want to believe I’m going to win anything. I really wanted to be able to go up there and speak from the heart. It may have been goofy, but I’ll tell you what – it’s what I felt in that moment and that moment will stick with me forever. This dream always seemed a little bit crazy to everybody but nobody ever told me that, and for that, I’m really thankful. #CMAawards

Besides being Luke’s supportive sidekick throughout his journey to the top, Nicole has also helped him stop the unhealthy habit of dipping.

“I’m trying to quit dipping — well actually, I have quit,” Combs told Taste of Country. “It was ’cause of my girlfriend. She hated that I dipped and you know it was just time. Time to just kick it.”

Stopping the habit for good was also a career choice for the star. “I always lied to myself and was like, ‘Oh it’s okay you know,'” he admitted. “But really the worst thing in the world for your voice is any sort of acid reflux, heartburn type thing. Obviously, I eat a lot greasy stuff anyways, and then I dipped, so that’s really what kills your voice more than anything.”

Quitting dipping was the most obvious lifestyle choice, but it has been difficult. “I do miss it every day, but I’m getting better,” Combs confessed.

This couple just seem balance each other out and always look to be having a good time together no matter where they are or what they are doing! We wish them the best as their relationship grows.