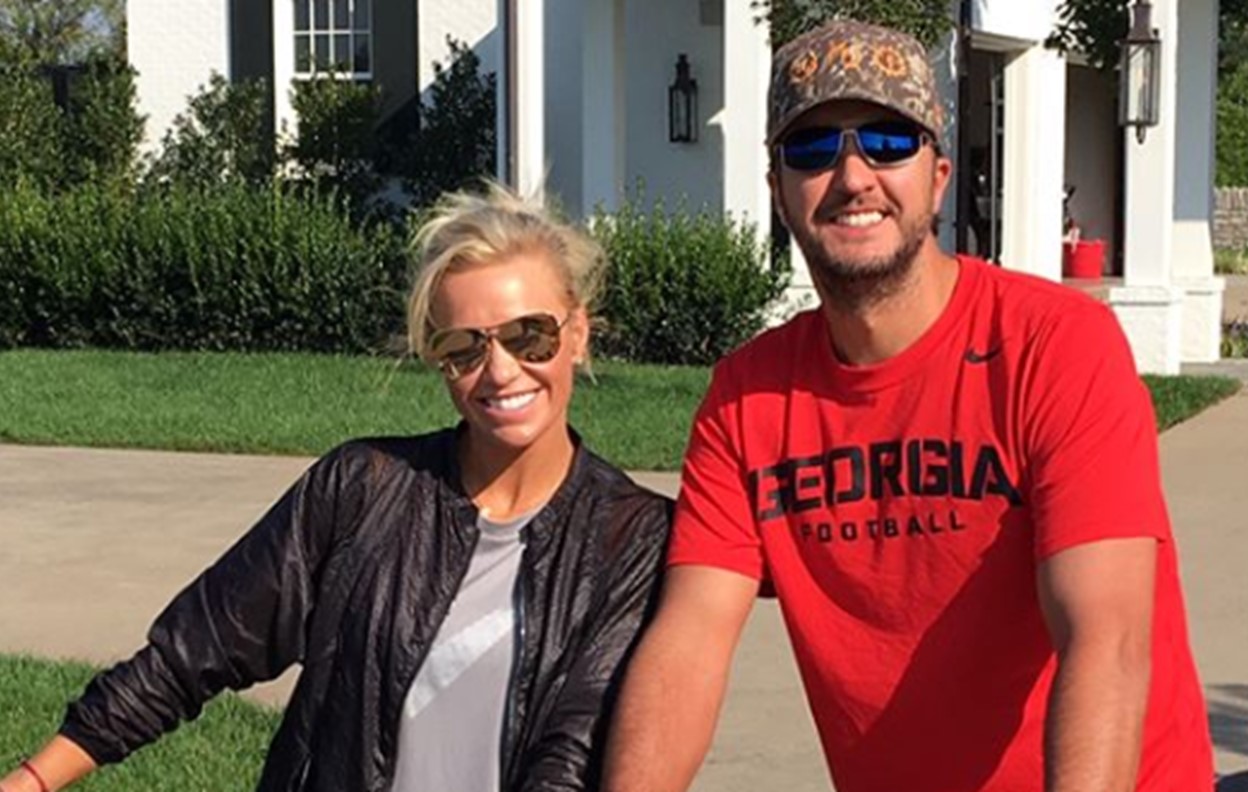 Luke Bryan and wife Caroline often show off their humorous sides through posts on their Instagram accounts. Check out some of their best moments!

Country music star Luke Bryan and his beautiful wife, Caroline Boyer Bryan, aren’t afraid to express their goofiness via Instagram and it is hilarious! Here are some of their most amusing posts, courtesy of Caroline’s account. More below!

Some people choose to dressup in frightful costumes for Halloween, but not the Bryans! Blow-up dinosaurs were their scare of choice for the 2017 holiday! Watching their attempt to run in the giant costumes makes the post all worthwhile!

2017 Halloween….Michael Meyers got nothing on our neighborHOOD !! 🎃

Who knew sharing a giant snow cone could make for such a fun picture? Caroline’s caption turned this sweet family shot into a humorous one; “So good… even the vein in my forehead wanted some.” LOL. Can’t help but giggle at the wacky aspect of this photo! Side note: why is Luke eating a snow cone with a fork?

So good…even the vein in my forehead wanted some. #shaveice

During Bryan’s 2018 Crash My Playa event, Luke decided to dress up as his best bud, Blake Shelton (when he had a mullet), while Caroline rocked Blake’s “Sexiest Man Alive” title on an orange life jacket in glittery letters. The couple nailed the Blake look, even though Caroline admits Luke looks like he dressed up as the younger Luke (20 years ago).

The goofiness continues in this next post as Luke is dressed in a Miller Lite sweater, while licking Caroline’s face all the while festively standing under a mistletoe. Contrary to popular belief, licking is the new kissing… Caroline’s caption explains it all, “The punch was supposed to be nonalcoholic…”  Gotta love the silly Bryans and their holiday spirit!

The punch was supposed to be nonalcoholic…

The Bryan’s don’t fray far from most parents when it comes to attempting to embarrass their kiddos. This is a priceless moment of the couple dancing silly while their kids are saying faintly in the background, “mom make me some lunch.”

Our favorite pastime is to annoy our children @lukebryan #mommakemesomelunch

Getting in the spirit for the American Idol finale this past Sunday, the couple’s nieces performed a jig in bathrobes while Luke played the piano. Caroline captioned that their middle names are “Grace,” though their dance moves don’t convince us!

Who made a better Buddy the Elf?? The Bryans never fail when it comes to costumes! “Son of a nutcracker….”I’m sorry I ruined your lives and crammed 11 cookies into the VCR,” Caroline captioned this classic post.

Son of a nutcracker…."I'm sorry I ruined your lives and crammed 11 cookies into the VCR."

We can see why Luke and Caroline have such a strong marriage— they have the exact same sense of humor! Be sure to share these hilarious posts with other fans of the couple!