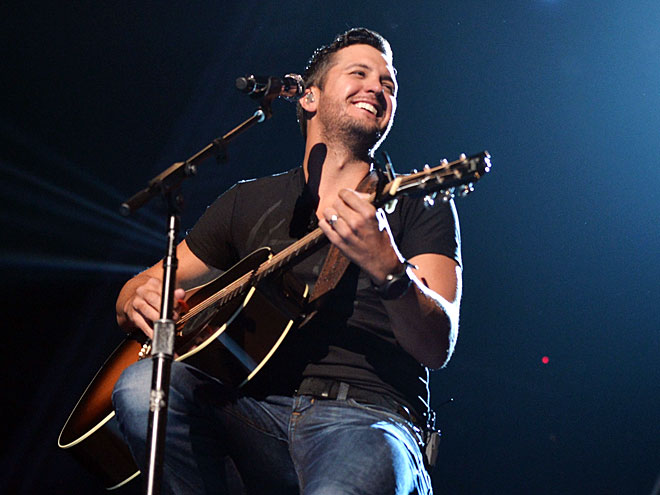 The gift of the season this year for Luke Bryan‘s family are hoverboards, at least that’s what the “Strip It Down” singer told Nashville’s Tennessean newspaper. Bryan plans to spend Christmas “trying to hang out around the house, do a little shopping, a little Santa Clausing.”

Bryan and his wife Caroline have two boys of their own and are now the guardians of their nephew Tilden, after the passing of both of Tilden’s parents.

“[My sons] want the little hoverboard things, bow and arrows, Legos, your typical stuff,” Bryan says. “Til got [a hoverboard] and now they all want one. And they broke Til’s so I think we’re going to have to get three of them.”

After a down-home family Christmas, Bryan will be heading to the Big Apple for Dick Clark’s New Year’s Rockin’ Eve With Ryan Seacrest. Bryan will join Carrie Underwood, who has been announced to sing out the old and ring in the new year with a headlining performance. According to a press release, Bryan is slated to perform a medley of his hits on the show.

Referring to being in Times Square for New Year’s Eve, Bryan said “I’ve never been up there for New Year’s, it will be a bucket list kind of thing. It’s crazy. It’s going to be fun.”

It also happens to be his wife Caroline’s birthday on New Year’s, lucky lady!

Bryan has had a great 2015 that included a very successful “Kick The Dust Up” Tour and a #1 album on the Billboard charts, so what’s ahead for 2016?

“I’ll be writing for the (next) album,” he said. “This is a busy business. In years to come, I will sit down and strategically make an effort to slow it down but … right now I want to get out there and write songs and still try and up the game a little bit.”

Bryan will also go back out on his “Kill The Lights” tour which starts on Feb.18th in Evansville, IN.

Catch Luke Bryan on Dick Clark’s New Year’s Rockin’ Eve With Ryan Seacrest which will begin at 8PM ET on Dec. 31 on ABC.