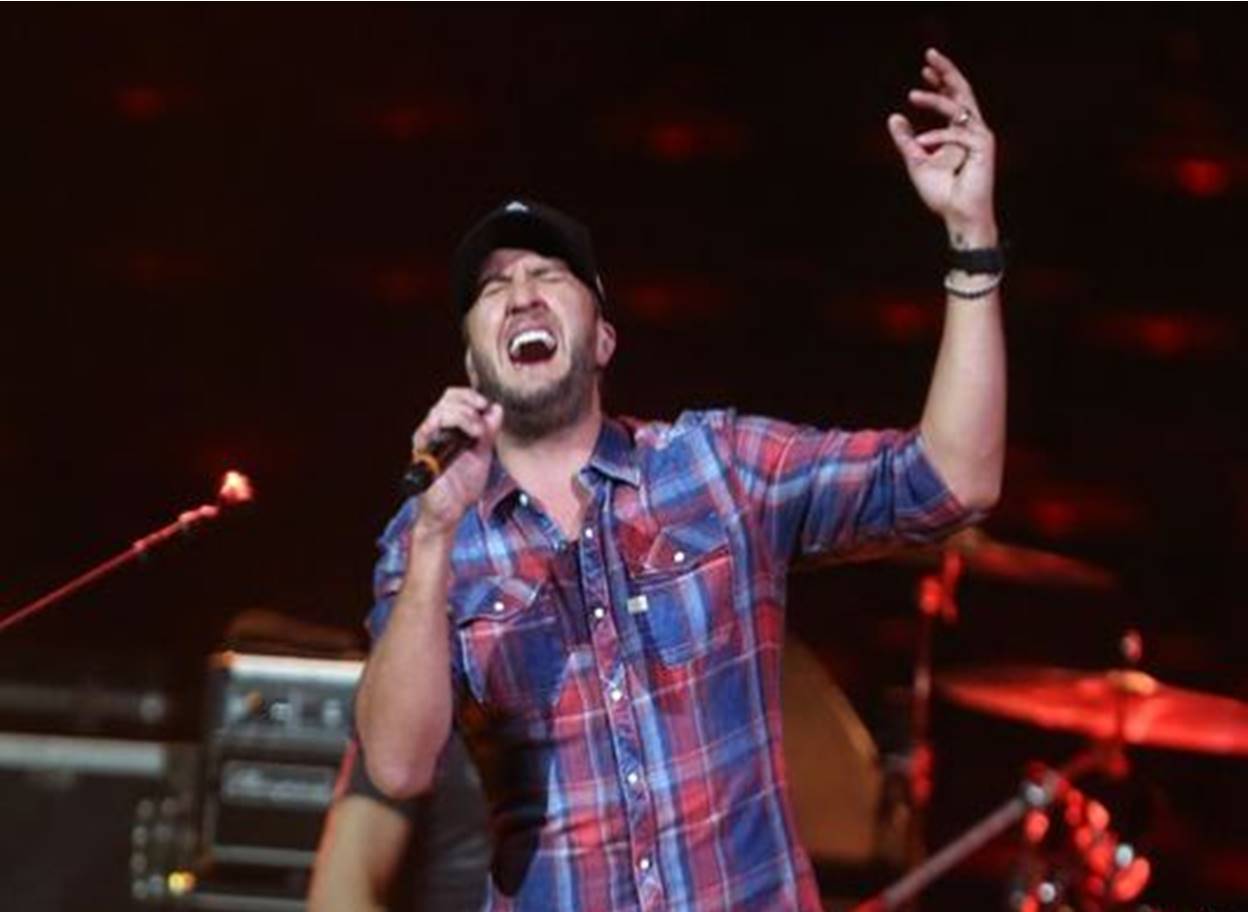 In the fan video posted via Twitter below, you can just make out the spectator giving Luke Bryan the middle finger while the country star performed “Move” on stage.

S/o to @LukeBryanOnline for handling this jerk & finishing the song 💁🏼💁🏼💁🏼 pic.twitter.com/6p66CQqdGr

Here’s the tense moment from a different angle.

After the altercation, Bryan moved away from the scene and quickly resumed his performance. A security guard standing on stage then went into the crowd to extract the unruly guest.

According to Rolling Stone, at least two males in the crowd were actively taunting the Georgia native during his set, including one waving a sign that read “We can see your camel toe” – a reference to Bryan’s habit of wearing tight pants.

Such an odd situation.

Later, Bryan joined country music icon Charlie Daniels for a rendition of “The Devil Went Down to Georgia.” At this time no official statement related to the incident has been provided by Bryan’s representatives.

A Luke Bryan representative issued the following a statement about the incident via Taste of Country:

“A man in [the] front row was making crude hand gestures toward Luke during his performance. It was insulting not only to him, but more importantly to the men, women and families sitting around him who were there to support and celebrate Charlie Daniels and the efforts of raising money for the military veterans – some of who were in the audience. The concert security personnel saw the man’s disruptive actions of the event and he was escorted out.”