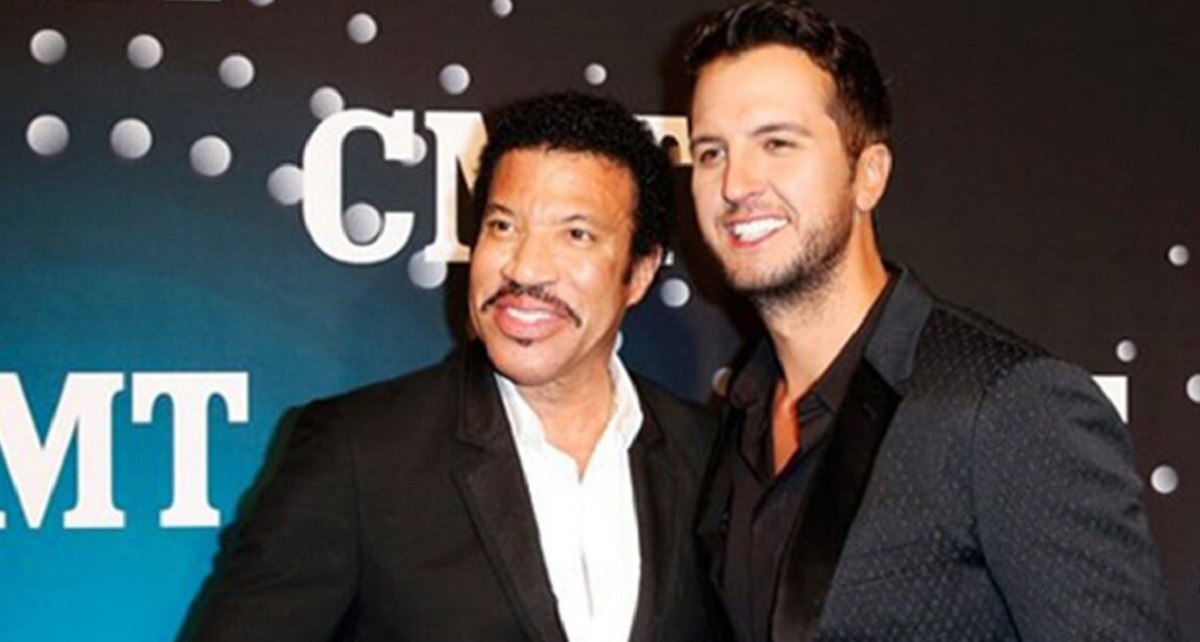 Country music star Luke Bryan visited the home of fellow American Idol judge Lionel Richie and had quite the story to tell!  During his appearance on Jimmy Kimmel Live, the Georgia native revealed that Katy Perry boldly invited herself and Bryan over for Sunday dinner at the icon’s place. While enjoying a meal at Lionel’s luxurious estate, the country artist got schooled on expensive art and oddly enough— ceiling options.  Lionel Brockman Richie Jr. was born June 20, 1949 and just turned 72 years old.  As a songwriter, Richie has had a major impact on Country music.  Lionel scored a No. 1 country hit with Kenny Rogers’ “Lady” and a Top 10 hit with Conway Twitty’s version of “Three Times a Lady.” In 1986, Richie and the country band Alabama reached No. 10 on the country singles chart with their recording of “Deep River Woman”, which he also wrote.

Enjoy watching Luke Bryan describe the tour of Lionel’s home in 2018 below.

“I’m kinda proud of my house. I’ve done pretty well, I decorate,” Bryan shared before diving into describing Lionel’s elaborate dwelling. “I’ve never seen anything like this. Every ceiling in his house is different. We have like one thematic ceiling—white. I have one that’s got some oak—big oak beams—Lionel…every room…the bathrooms have different ceilings!”

Watch Luke spill the beans on his tour of the “All Night Long (All Night)” singer’s abode below!

Fans can still catch Bryan, Richie, and Perry on American Idol on Sunday nights at 8 p.m. EST via ABC. The rebooted version of the popular reality singing competition has been renewed for several seasons and provides competition to The Voice TV sow.  All three judges and host Ryan Seacrest returned to the show.

Besides keeping up with his American Idol duties, Luke will also be hitting the road in 2021.