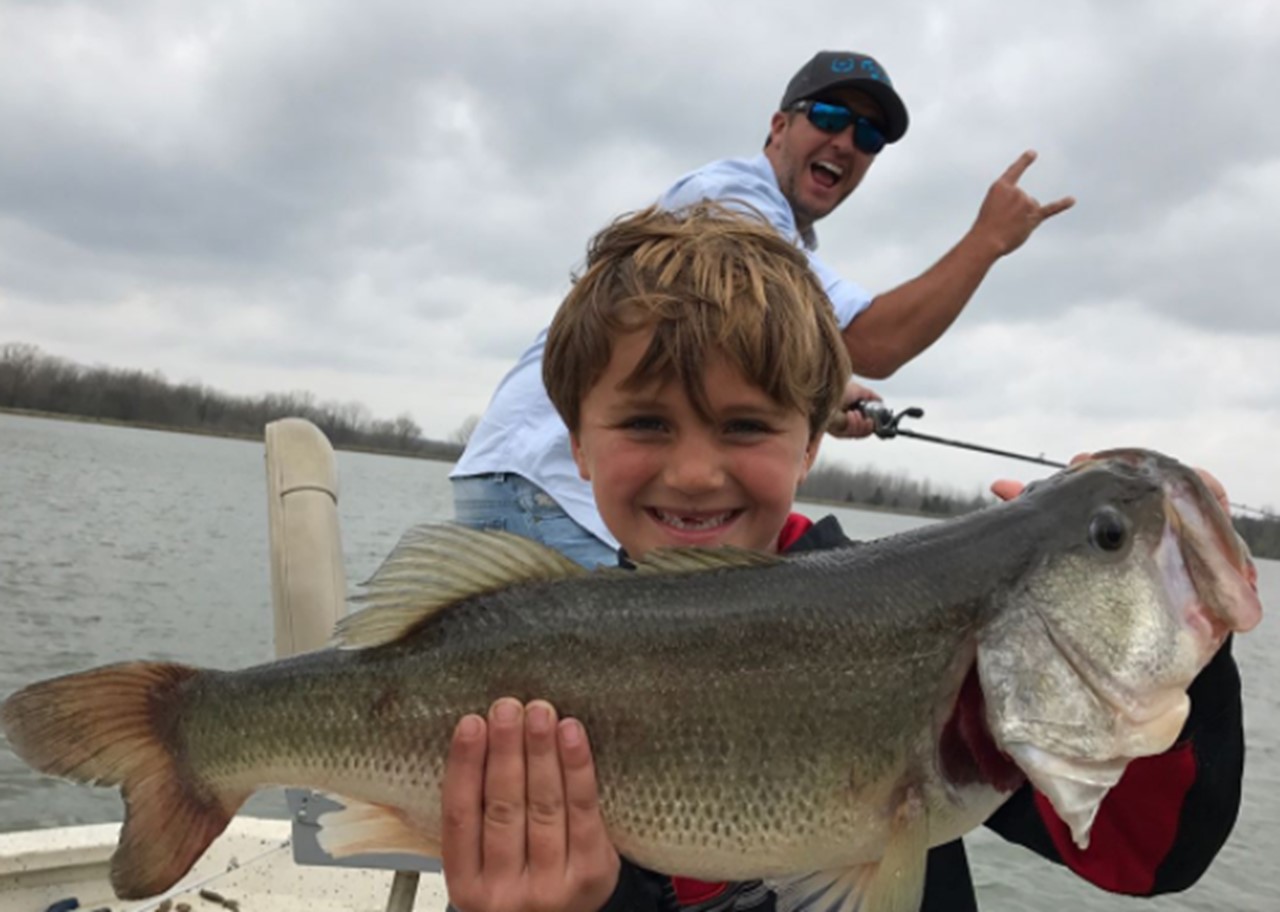 While performing at CMA Fest, country music superstar Luke Bryan shared that his wife, Caroline Boyer Bryan, goes above and beyond to mark the important day. “Father’s Day is really special. Caroline is always great about creating some fun. She’s always really proactive and makes things like that really special for me,” Bryan shared.

One year, Caroline surprised Luke with the bright yellow Ford Bronco he had always wanted, pictured on his 2013 Spring Break…Here To Party album cover below.

“It’s just the simple things with the boys. Now Caroline’s like, ‘Just pick who you want to go fishing with and y’all just go fishing and have a morning.’ Half the time I load the boat up with all the boys. It’s Father’s Day and I’m untangling fishing lines all day. That’s what being a dad is all about,” Bryan quipped.

Bo and Tate doubled up today!#Hfe

The Georgia native is realizing how grown up his three boys are becoming and it really hit home when he witnessed his eldest son becoming more and more independent right in front of his eyes.

“[Bo] came out on the road with me this past weekend. The fact that I have a 9-year-old. He’s like, ‘Dad, I’m going to catering.’ ‘You know where it’s at?’ ‘Yeah, I went there this morning and got some bacon,’” Bryan explained.

Not only did the youngster raid the food spread, he also quickly joined wiffle ball games being played by Bryan’s road crew.

Luke’s Huntin’, Fishin’ and Lovin’ Every Day Tour takes him to Atlanta, Georgia on Saturday, so hopefully his fishing plans for Father’s Day won’t be delayed this year.

Share this update with other Luke Bryan fans and Happy Father’s Day to all the awesome Dads out there!