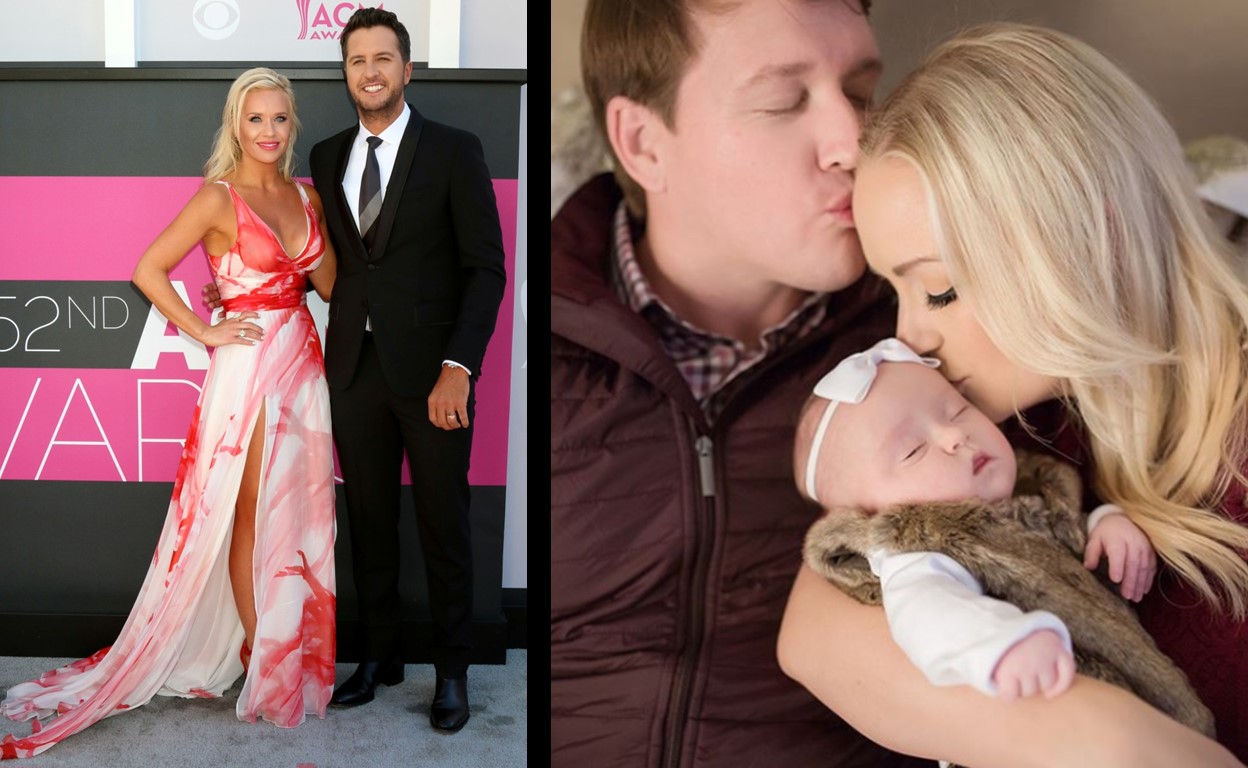 The Brett Boyer Foundation means a lot to Luke Bryan and his wife Caroline Boyer Bryan. Learn more about the organization here!

Country music star Luke Bryan and Caroline Boyer Bryan have giant hearts and they are pouring a ton of love into an organization dear to their family, The Brett Boyer Foundation.

As fans can recall, Luke and Caroline lost their infant niece, Sadie Brett Boyer, back in February due to a series of health issues. The foundation was created by Brett’s loving parents, Bo and Ellen Boyer, in honor of their little girl’s memory.

“I wouldn’t change Brett for the world, but I do want to change the world for her and all of her friends with DS [Down syndrome],” Ellen explained in a heartfelt message posted on the organization’s official website.

The Brett Boyer Foundation’s goal is as follows:

“The mission of the Brett Boyer Foundation is to raise awareness for children with Congenital Heart Disease and Down Syndrome through the funding of advanced, targeted research to improve patients’ lives and to provide education, housing and financial support to affected families.”

Our Princess. Love you to the moon and back. Forever. 👑🐝

In October, they launched ‘Bike for Brett’ to raise awareness and money for their cause. All proceeds raised during the month-long campaign went straight supporting GiGi’s playhouse, a Nashville-based Down syndrome achievement center.

Of course, Luke and Caroline participated in the charitable push and prompted others to join in!

Get your bikes out!! October is finally here and we are celebrating Down Syndrome Awareness month. We are encouraging everyone to get out and bike! Adults, teens, and children…let's see how many miles we can log during October. Our goal is to raise awareness and support the abilities of the rockstars with that extra chromosome. All proceeds raised during October will go to support GiGi's playhouse, a Down Syndrome achievement center. Feel free to tag your rides to #bikeforbrett #brightforbrett #steelathletes Creative riders might even get posted as "rider of the day"!! If you aren't a serious bike rider (like me)…don't forget it's Halloween season…so make it as silly, funny, or serious as you want! My family will definitely be riding in various costumes or just "bright for Brett" colors! FOR DONATIONS AND MORE INFO…. thebrettboyerfoundation.org/ Thank you all! #bikeforbrett #brightforbrett #steelathletes #sweatlife #1in100 #heartsofsteel #nothingdownaboutit

Besides biking for Brett, Luke and Caroline have another ongoing project in the works— Brett’s Barn! The little barn located on the couple’s property is filled with an array of barnyard friends and has been playing host to some really awesome guests like Caleb!

Anyone need some good ole feel good news today🙋🏼🙋🏼🙋🏼Remember cutie pie Caleb who I was asking prayers for in late September?? Well Caleb got his new heart, was energetic as ever and he and his wonderful mama @ashleydanielfam met me out at #brettsbarn to love on some mini animals in the beautiful sunshine☀️ keep shining bright sweet boy! You absolutely made my day and you and your mom are super heroes!!! #hlhswarrior #zipperclub #brightforbrett 🐱🐔🐣🦄🐴🐐🐓🐷

This sweet little angel came to visit Brett's Barn yesterday! GG and Jimmy Dean fell in love with little Luke…yes his name is Luke! Thank you for coming out. Such a great afternoon! Thank you @ellenboyer for the introduction! ♥️ #brightforbrett #brettsbarn

Looks like Brett's Barn might get another mini! When this little angel asked me for a mini llama…how could I say no?!?! Sweet Caleb, I'm officially on the hunt for a mini llama @lukebryan @aquatroyg @ashleydanielfam ♥️♥️♥️ #brettsbarn #brightforbrett #whateverhewants

During an interview with Taste of Country Nights, Luke revealed more about the plans surrounding “Brett’s Barn.”

“Now we’ve turned the white pony that my wife was going to get Brett … we’ve turned our little barn into this place called Brett’s Barn. We’re working with some local charities to bring kids out to see the animals and stuff like that,” the star explained.

What a beautiful way to remember Sadie Brett and make a difference in the lives of other children. Share this awesomeness with other fans of this tight-knit and generous family!