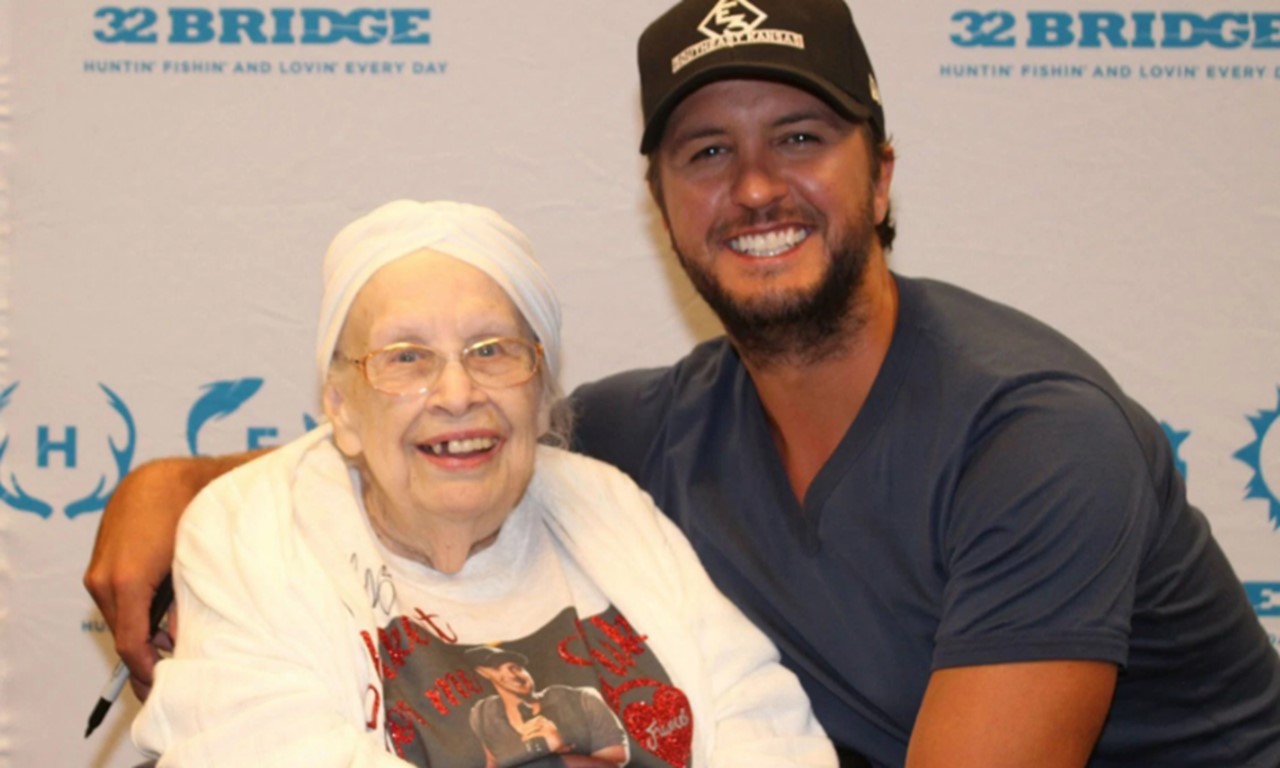 Touching Luke Bryan's famous butt is usually a no-go, but one lucky lady got special permission to get up close and personal....

During his Huntin’, Fishin’ and Lovin’ Every Day Tour stop in at the Sprint Center in Kansas City, Missouri, country music superstar Luke Bryan temporarily suspended his strict “no butt-grabbing” rule for 88-year-old Frances Stanaway of Chesterfield, Missouri. Frances, who is terminally ill, was granted a special meet and greet with the Georgia-born hunk before his Friday night concert kicked off.

“I like the way he keeps up with his music. I like all the songs,” she shared with local news outlet KSHB41 Action News.

Needless to say, she also finds Luke to be very, very attractive. “Oh heavens, yes!” Stanaway exclaimed after being asked if she thinks the booty-shaking country star is handsome.

Icing on the cake— Stanaway got to touch Bryan’s famous backside while donning a custom t-shirt that read “Shake It for Me, Luke!”

“This is probably the most excited she’s been for six to seven months,” added her son Vincent Sokolaski.

While making an appearance on The Ellen DeGeneres Show last fall, the popular singer revealed that he has been forced to create very specific rules when it comes to his most famous asset— his bottom. Look, but please don’t touch! Watch as he explains this important rule to Ellen on her show:

The “Move” singer also admitted that during the early days of his career he was afraid to upset his fans, so he’d sometimes let them touch his backside if they asked nicely first. No more of that, but Frances was a special rule-breaker indeed.

Share this sweet moment with other Luke Bryan fans!