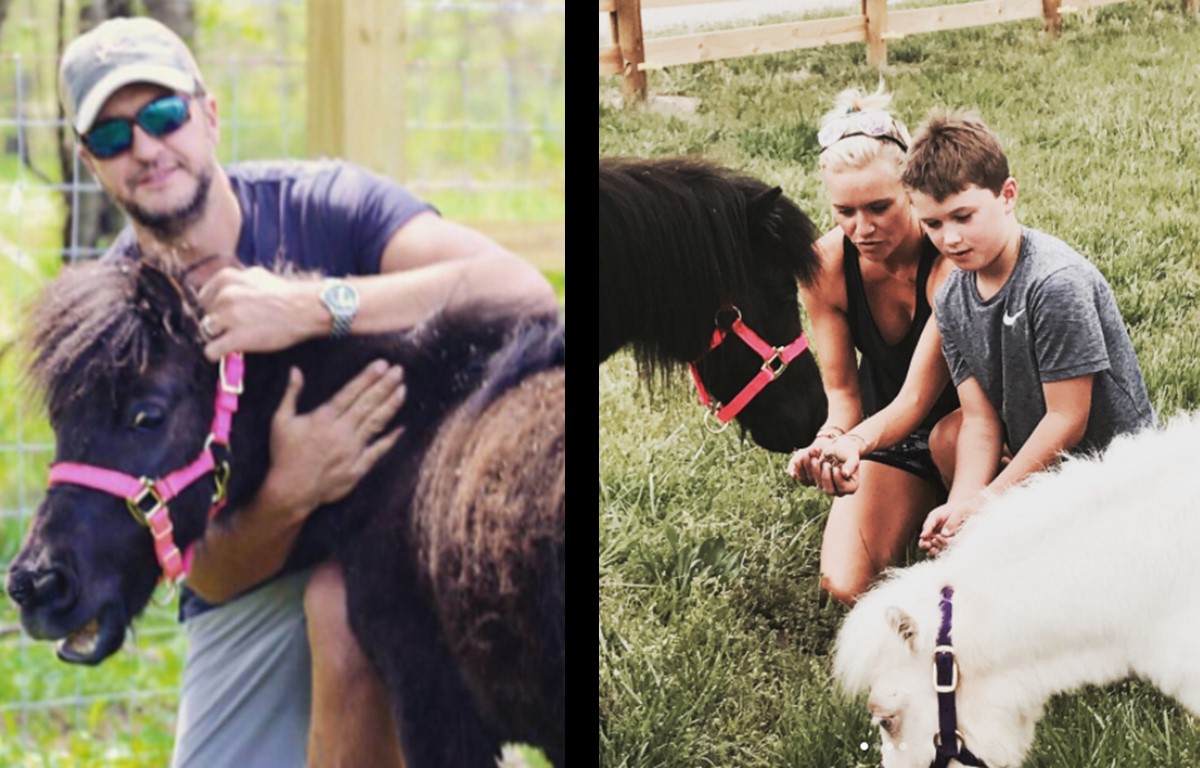 As reported earlier this month, Luke Bryan and wife Caroline Boyer Bryan have been busy assembling a barn full of farmyard friends in order to honor the memory of their niece, Sadie Brett Boyer. In February, the power couple shared the sad news that Brett, the daughter of Caroline’s brother Bo Boyer and his wife Ellen, had passed away at just 7-months-old. The youngster suffered from multiple heath problems including heart issues and an infection that had impacted her liver.

In revealing the project to the public, Caroline posted the heartfelt message below to her Instagram account:

“Dear Brett….when your sweet Mama told me of the challenges you might face in life, I was floored when her first words were “I can’t handle the thought of someone making fun of her.” She never said, “Why me? Why us?” Nothing. Her words were all about you. Protecting you. Loving you with a love that only a Mother knows. Sweet Angel, you changed so many stubborn hearts that most thought were unbreakable. The first time we saw your smile was beyond amazing. You instantly became one of the greatest blessings to the the entire Boyer/Wells/Bryan family. So….to get to my point of the picture….when you were about a month old, I promised you a white pony! I found you one…..along with some other adorable mini animals! Your mom and I hijacked one of your Uncle Luke’s barns and started having a little fun with it (thank you sweetie @lukebryan)! We still have a lot of work to do, but it’s coming together! “Brett’s Barn” is officially in the works. This is all for you Queen Bee. We love you to the moon and back.”

During an interview with Taste of Country Nights, Luke revealed more about the future of “Brett’s Barn.”

“Now we’ve turned the white pony that my wife was going to get Brett … we’ve turned our little barn into this place called Brett’s Barn. We’re working with some local charities to bring kids out to see the animals and stuff like that,” the star explained.

Looks like Brett’s Barn is already working its magic!

This sweet little angel came to visit Brett's Barn yesterday! GG and Jimmy Dean fell in love with little Luke…yes his name is Luke! Thank you for coming out. Such a great afternoon! Thank you @ellenboyer for the introduction! ♥️ #brightforbrett #brettsbarn

Looks like Brett's Barn might get another mini! When this little angel asked me for a mini llama…how could I say no?!?! Sweet Caleb, I'm officially on the hunt for a mini llama @ashleydanielfam ♥️♥️♥️ #brettsbarn #brightforbrett #whateverhewants

This little white pony has plenty of sparkle!

Sweet Brett, here's your pony! Her name is Kilo and she's perfectly perfect. Playful, gentle, and has the cutest little gallop! Little heavy in the rear, but she owns it…has some sass in her step! Kilo is loving life in your barn. Thank you @redemption_road_rescue for introducing Kilo and many other animals to our family. We always knew we would find (for Brett) the perfect pony, but never thought she wouldn't be here to love it. If Brett were still with us, I imagine she and Ellen would braid and put little bows in her mane. My brother would drive all over Tennessee to find the perfect unicorn horn for Kilo…because we all know Brett would've wanted a unicorn! We love you Queen Bee 👑🐝 #brightforbrett #brettsbarn

We’re officially obsessed with Brett’s Barn and its many residents. Kudos to the Boyer-Bryan family for channeling their pain into a push to bring joy to other children. That’s really something selfless and special.

Share this update with other fans of this inspiring family!