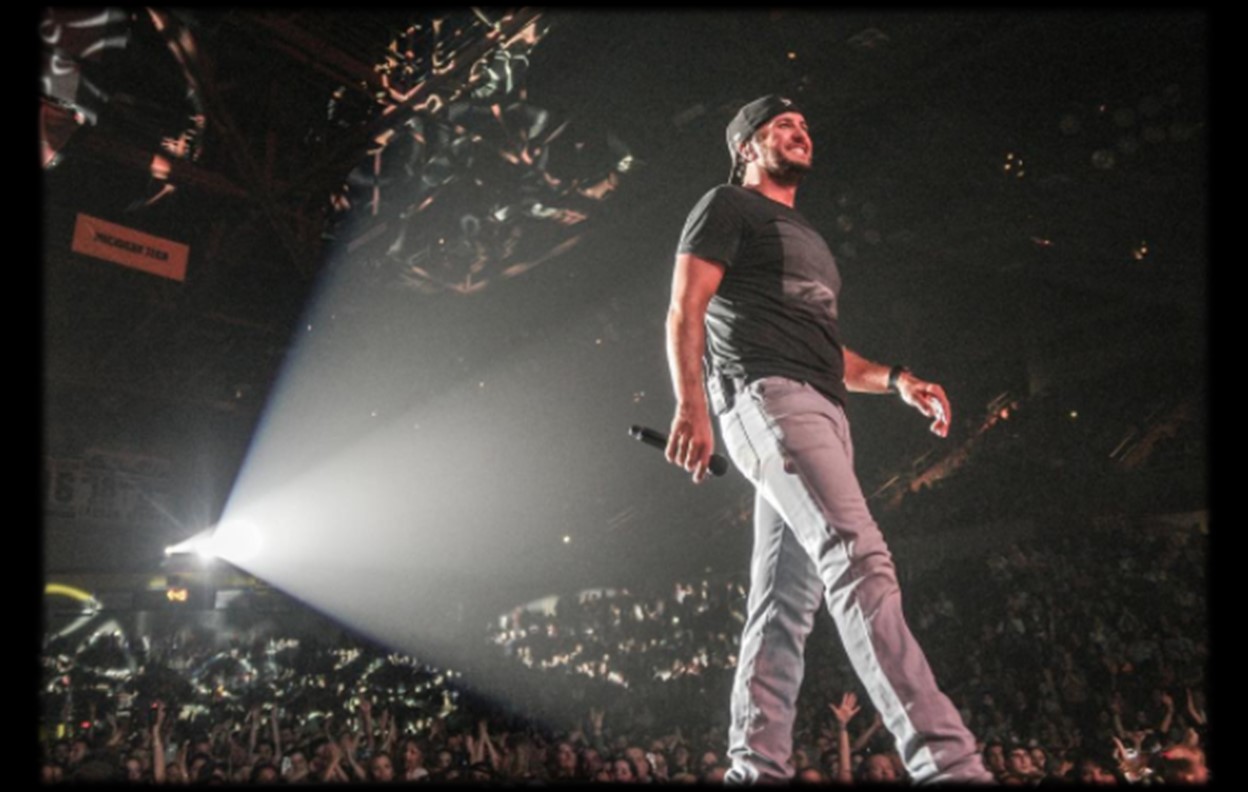 Country music star Luke Bryan has a new rule in place after his concert in Syracuse, New York. More on the matter here!

Being a popular country music entertainer comes with its own special set of circumstances. In Luke Bryan‘s case, he often deals with fans trying to grab onto his famous backside and has even fallen off of brightly lit stages. The star can add another odd situation to his live performance happenings list— getting hit in the face with an airborne strapless black bra while in concert.

During his show in Syracuse, New York, the Georgia native had close encounters with numerous pieces of women’s lingerie. Fortunately, he took it all in stride telling the enthusiastic audience, “Kind of watch the face. Don’t hit me in the face with something where your boobies were.”

“Watch the face” can now be added to Luke’s other rule, “Don’t touch the butt.”

While he bantered with the amused crowd, he joked, “One girl down there goes, ‘It wasn’t me. Mine won’t fit in them.”

Check out the hilarious exchange in the video clip below!

Luke’s clearly become a pro at thinking quickly and keeping situations light. He’s been in the Nashville limelight for over a decade now, first as a songwriter and then as a solo recording artist.

Can you believe that it’s been ten years since Luke released his debut album, I’ll Stay Me, on August 14, 2007? The project’s lead single “All My Friends Say” rocketed to No. 5 on Billboard‘s Hot Country Songs chart and the second single, “We Rode in Trucks,” became a country music fan favorite. The final single from I’ll Stay Me was “Country Man,” which scored Bryan a second Top 10 hit. Ultimately, the album was certified gold by the RIAA after selling more than 500,000 units.

Share this comical moment with other Luke Bryan fans!