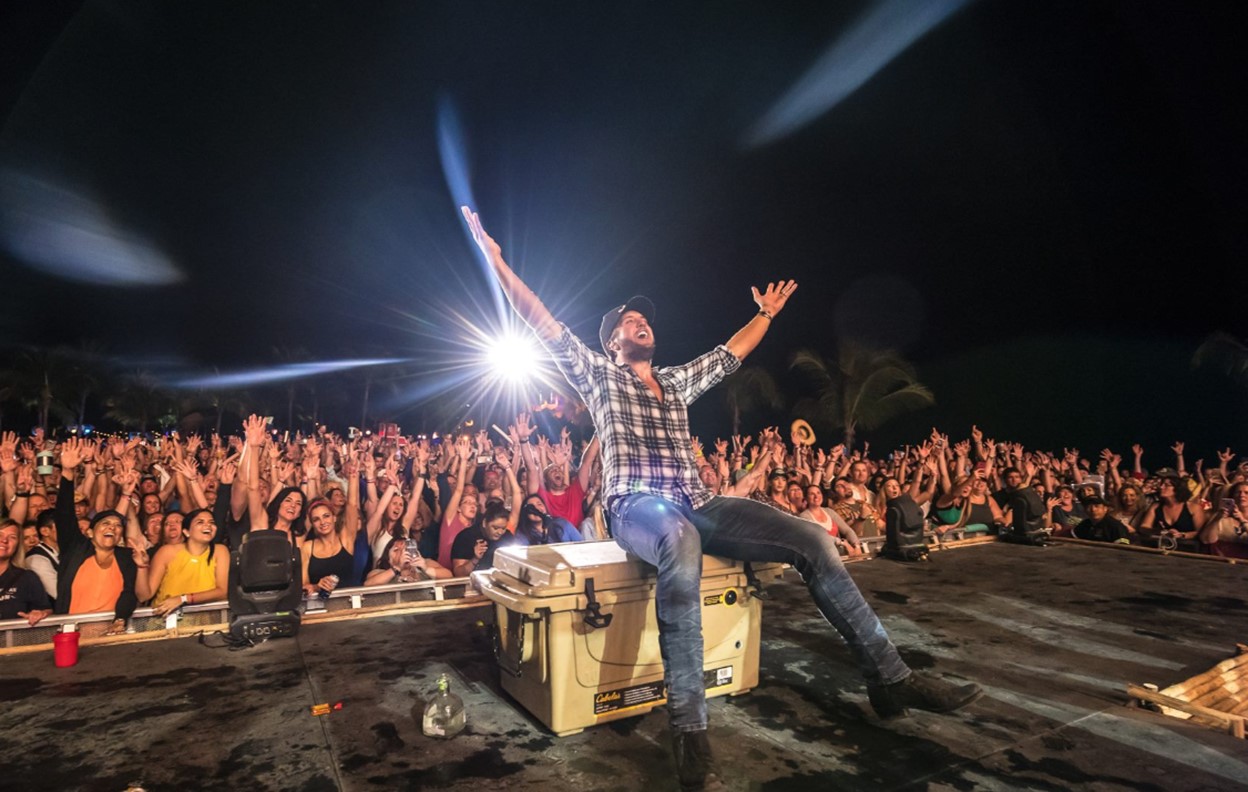 Traveling always sounds glorious inside your head, but sometimes life happens. Luke Bryan and his family temporarily lost their luggage on their way back from Mexico!

Although luggage is typically lost on airplanes, Luke Bryan’s driver managed to dump the country star’s luggage out the back of the car! However, Bryan did not seem too worried about the incident. The “Play It Again” singer was leaving his resort in Riviera Maya, Mexico, after his 5th annual Crash My Playa concert when the accident occurred. Luckily, his buddy “Doc” was there to save the day! Check out the video Bryan posted on his Instagram…

Luggage in the highway.

Did you see who made an appearance in the video? Look closely at the reflection in Luke Bryan’s sunglasses. The 42-year-old’s mother, LeClaire, can be seen cracking up in the seat next to him!

Now, Luke Bryan and his crew are headed to the lovely tropics in Hawaii! Not a bad place to be as this polar vortex hits the contiguous United States! When the Georgia native returns, he will need to start preparing for the second season of ABC’s revived show American Idol. The country singer returns to the judges table this season alongside Katy Perry and Lionel Richie. Tune into ABC on March 3 to catch the season debut! In the meantime, check out these fun facts about one of country music’s finest…

1) Luke Bryan’s real name is Thomas Luther Bryan. He changed his name because kids teased him about being “Lex Luther.”

2) The country star grew up on a peanut farm in Leesburg, Georgia. If he had not become a country artist, his life would be drastically different. “I would either be working at my dad’s fertilizer/peanut company, or I would probably be in some kind of real estate stuff with my brother-in-law,” Bryan told CMT. “Probably, I would have been driving a tractor hauling peanuts, breathing a lot of peanut dust, so I’m glad I’m singing.”

3) Although Luke Bryan is often seen sporting Georgia Bulldogs attire, he did not attend school in Athens. The “Country Girl” singer’s alma matter is Georgia Southern University. He graduated in 1999 with a degree in Business Administration.

4) If you are a member of the Sigma Chi fraternity, you can call Luke Bryan “brother.”

5) Although Luke Bryan grew up in Georgia, he was influenced by the hip-hop genre. The country star often quotes Run-D.M.C. and the Beastie Boys as major influences on his career.

Be sure to share this tidbit with other Luke Bryan fans!