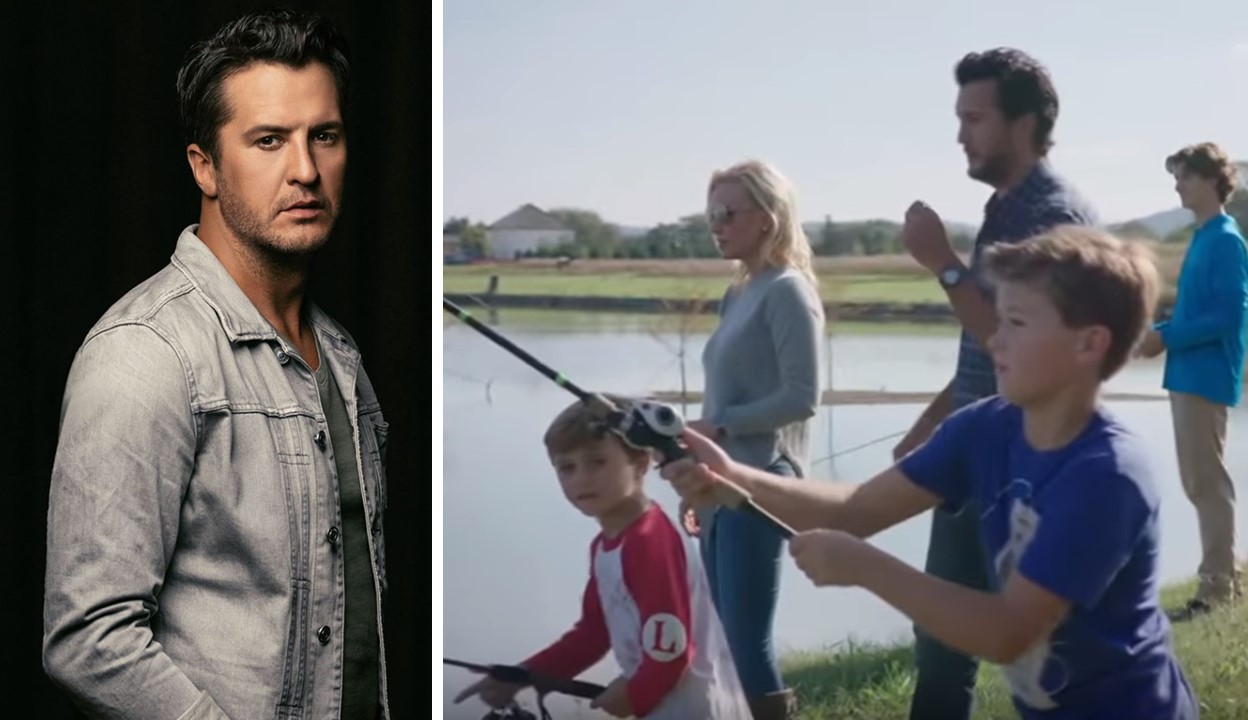 During the one-hour program Luke and his wife of 10 years, Caroline Boyer Bryan, got candid about the more personal aspects of their lives, including the tragedies that have impacted the family over the years.

As many fans can recall, Luke’s older brother, Chris, died in a car accident in 2000 and his older sister, Kelly, died unexpectedly in 2007. In 2014, his sister’s husband, Ben Lee Cheshire, also passed away, leaving their three children without parents.

“Just when we started picking up the pieces with my brother, then my sister — we lose my sister,” Luke shared. “I’ve watched my family go through ebbs and flows where we get mad at God and we get mad at why this happened.”

Without hesitation, Luke and Caroline welcomed their nephew Tilden, now 16, into their home to be raised alongside their sons, Bo and Tate. The couple also took on bigger roles in the lives of their college-aged nieces, Kris and Jordan.

“We never thought twice about it,” Caroline expressed. “You know, it was never something that he and I had to sit down and talk about. ‘Should we take this on?’ We just did that.”

Happy 16th Til Pickle! We love you to the moon and back. You make this life so much fun…and nerve racking! Now that you’re driving,I’ll officially have to be medicated. Remember, “Be a gentleman, use good judgment, have good manners, or I’ll kill you.” We love you Prince!!! ♥️💛♥️ @mandyjohnsonphoto

On top of Bryan losing his siblings, Caroline lost her infant niece, Sadie Brett, in February due to multiple medical complications. Brett was the daughter of Caroline’s brother Bo Boyer and his wife Ellen.

Though the family has experienced a lot of grief over the years, they maintain a positive outlook in order to cope with the challenges they face.

Enjoy a video recap of the eye-opening special below!

Yes, you heard that right Luke defined what makes him country— his small town Leesburg, Georgia upbringing with parents Tommy and LeClaire Bryan at the helm. “Just how I was raised in a small town with parents who — when I wasn’t acting right — they reeled me back in. We were a tight family.”

We certainly hope ABC airs this full special again and that Luke does indeed take the time to enjoy everything he has worked hard for since hitting the Nashville scene!