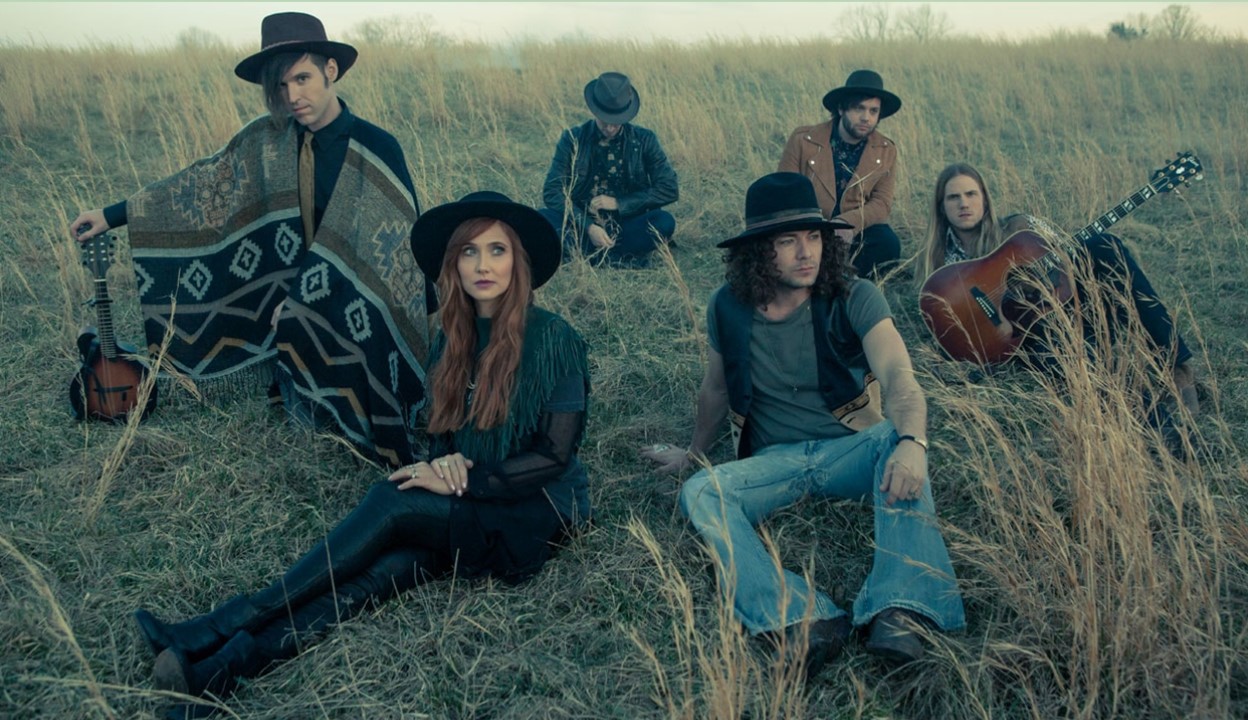 Rising band Little Feather is rich in heritage, lead songstress Liz Sharpe is the second cousin of award-winning traditionalist Patty Loveless and the Queen of Country herself, Loretta Lynn. And, as if that wasn’t impressive enough, Shannon Campbell (guitar, mandolin, banjo and harmony) happens to be the son of the late musical icon, Glen Campbell. The rest of the band is comprised of Sharpe’s husband, Aaron Spraggs (drums), Dylan Rowe (bass player), Sam Brooker (rhythm guitar and harmony), and Pat Boyer (guitar and slide). Take a listen to their music and you’ll hear why this new generation of rustic, heart-on-the-sleeve sound caught the ear of legendary executive producer and Curb record label CEO, Jim Ed Norman.

The fun-loving band’s autobiographical debut single, “Hillbilly Love Song,” really introduces Little Feather’s adept musicianship, along with Liz’s vintage-modern vocals. Imagine the sound of Alison Krauss sitting in with Mumford and Sons in Fleetwood Mac’s basement and you’ll have an idea of Little Feather’s sound. The songs on their debut CD, Little Feather, run an emotional and stylistic gamut. The ability to craft their own songs is something Liz says Little Feather takes a great degree of pride in, “I think it gives us authenticity as a band. There’s a truth that runs through it. When we’re playing live, we’re telling a story that we all wrote together.”

Be sure to share this group with other country music fans!