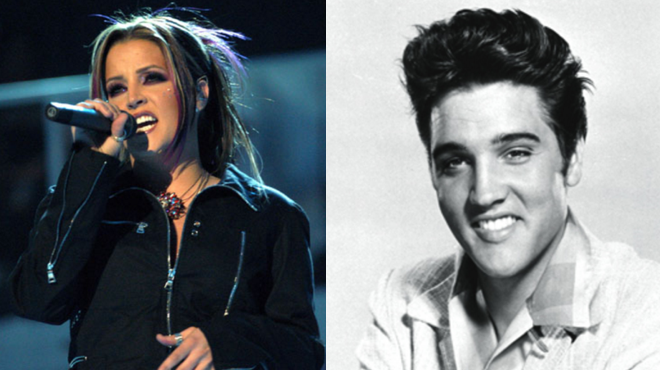 Even though Lisa Maria Presley was only 9 years old when her father Elvis Presley passed away, she has been trying to keep his memory alive. When she was 25 years old she inherited Graceland, Elvis's estate, estimated to be worth 100 million dollars. The estate is now open to the public for tours, movies, and open exhibits.

Lisa was born on February 1st, 1968 at Baptist Memorial Hospital, exactly 9 months after her parents wedding in May 1967.

Even though Lisa Marie Presley was born into much wealth and comfort, she pursued her own career as a sing-songwriter and actress. Lisa has had a number of albums hit the Billboard charts and has partnered with some of the industries top artists.

Lisa Marie’s duet of “In the Ghetto” with her father Elvis:

Even today Lisa Marie Presley remains involved in the Graceland estate where she allows the public to take tours, view her father’s memorabilia, and watch movies. In 2012 she opened up a new exhibit called “Elvis…Through His Daughter’s Eyes” which shares her perspective of growing up around the American legend.

Checkout the collection of interviews Lisa Marie Presley has done over the years about her father, Elvis Presley.