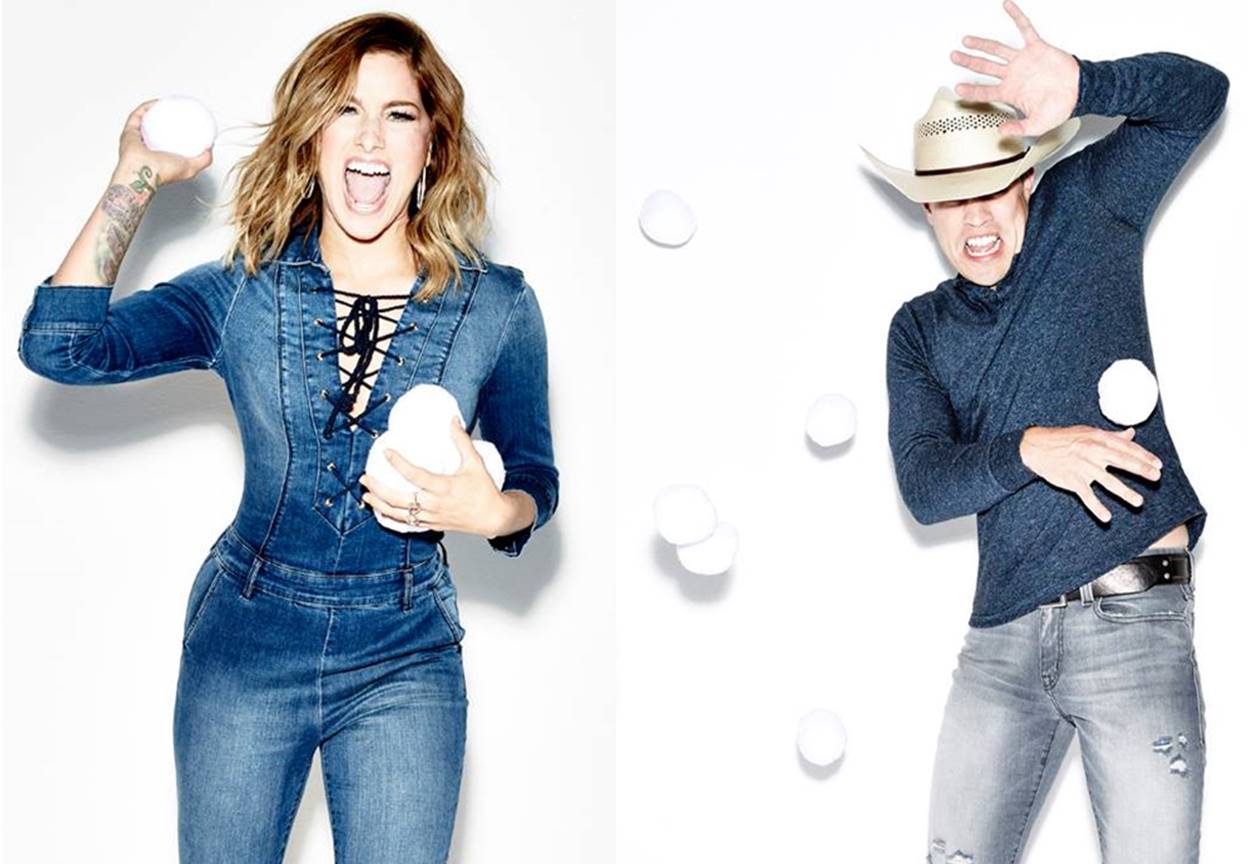 During the episode, Cassadee performed Panic! At The Disco’s “I Write Sins Not Tragedies” while Dustin rocked Lou Bega’s 1999 hit “Mambo No. 5.” Enjoy the face-off below!

Dustin Lynch’s “Mambo No. 5” vs. Cassadee Pope’s “I Write Sins Not Tragedies”

Oh goodness. Dustin’s pencil-thin mustache for the win! The country star got put on the ‘naughty list’ for his take on Ludacris’  “What’s Your Fantasy.” Watch a snippet of that performance below.

In case you missed the showdown last night, you can catch the whole show here. Now, for some highlights…

‪Shout out to @llcoolj @chrissyteigen and @CassadeePope . !!! Perfect way to kick off the holidays. Love y'all ‬

Cassadee Pope Gets Some Help From Panic! at the Disco’s Brendon Urie

I may have lost my #lipsyncbattle but I feel like a winner with this dude on stage with me! Thanks @brendonurie for rockin out!

Share this battle between emerging country stars with other fans!