Lester Flatt and Earl Scruggs: The Ballad Of Jed Clampett (video and lyrics) 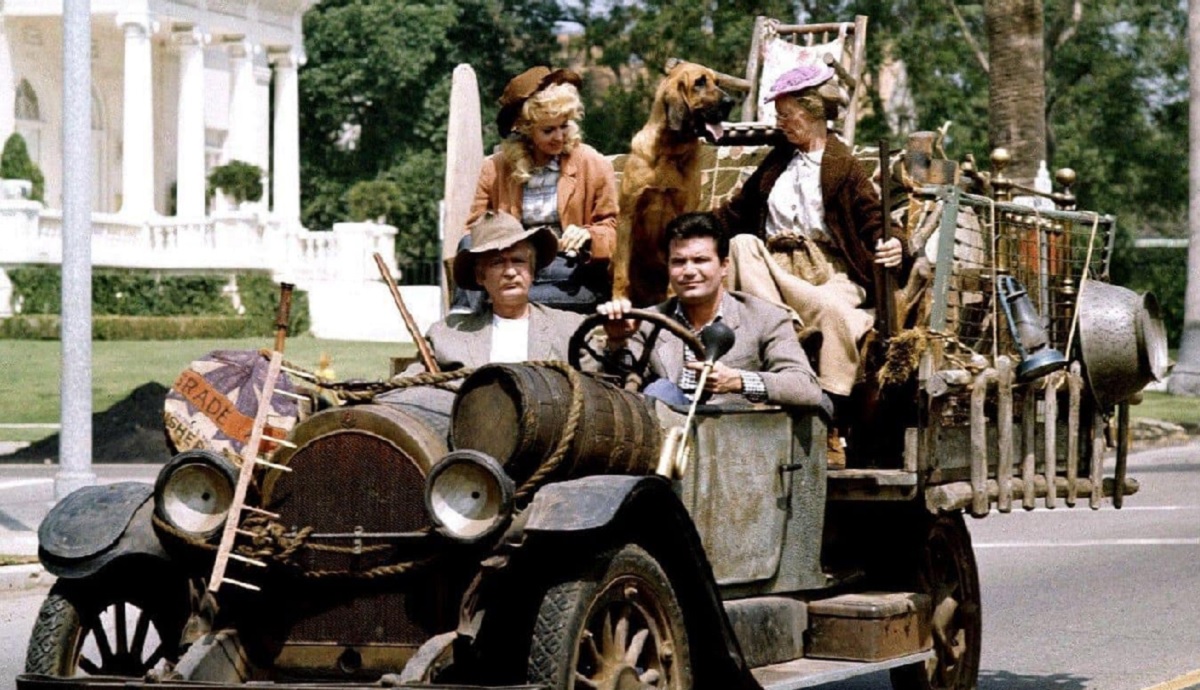 Enjoy watching and istening to The Ballad Of Jed Clampett that was the theme song to the Beverly Hillbillies TV series . . .

The Ballad Of Jed Clampett was recorded by Lester Flatt and Earl Scruggs on September 24, 1962 and was the original theme song for the long running TV series “The Beverly Hillbillies”.  The Beverly Hillbillies American TV sitcom was broadcast on CBS from 1962 to 1971. The cast included:  Buddy Ebsen, Irene Ryan, Donna Douglas, and Max Baer Jr.  The family of the Clampetts was a poor, backwoods family from the hills of the Ozarks, who moved to the posh Beverly Hills, California (after striking oil on their land). The show was produced by Filmways and was created by Paul Henning.  The Beverly Hillbillies ranked among the top 20 most-watched programs on television for eight of its nine seasons, ranking as the #1 series of the year during its first two seasons.  Sixteen of the episodes still remain among the 100 most-watched television episodes in American history.  The popular show accumulated seven Emmy nominations during its run and remains in syndicated reruns.  The ongoing popularity of the TV series spawned a 1993 film adaptation by 20th Century Fox.

Watch the two music videos and see the written lyrics below.

The Ballad Of Jed Clampett Video

Enjoy watching this Lester Flatt And Earl Scruggs Ballad Of Jed Clampett live Performance and see the written lyrics below.

This catchy tune was written by Paul Henning.

The Ballad Of Jed Clampett Lyrics

Come and listen to a story ’bout a man named Jed
Poor mountaineer barely kept his family fed
Then one day he was shooting for some food,
And up through the ground come a bubbling crude
(Oil that is, black gold, Texas tea)
Well the first thing you know old Jed’s a millionaire
Kin folk said Jed move away from there
Said California is the place you oughta be
So they loaded up the truck and they moved to Beverly
(Hills that is, swimming pools, movie stars)
Well now it’s time to say goodbye to Jed and all his kin
They would like to thank you folks for kindly dropping in
You’re all invited back again to this locality
To have a heaping helping of their hospitality
(Beverly Hillbillies, that’s what they call ’em now,
Nice folks Y’all come back now, ya hear?)

Remember to “share” The Ballad Of Jed Clampett with other country music fans and subscribe to our CountryFancast YouTube Channel for more Country Music news videos !