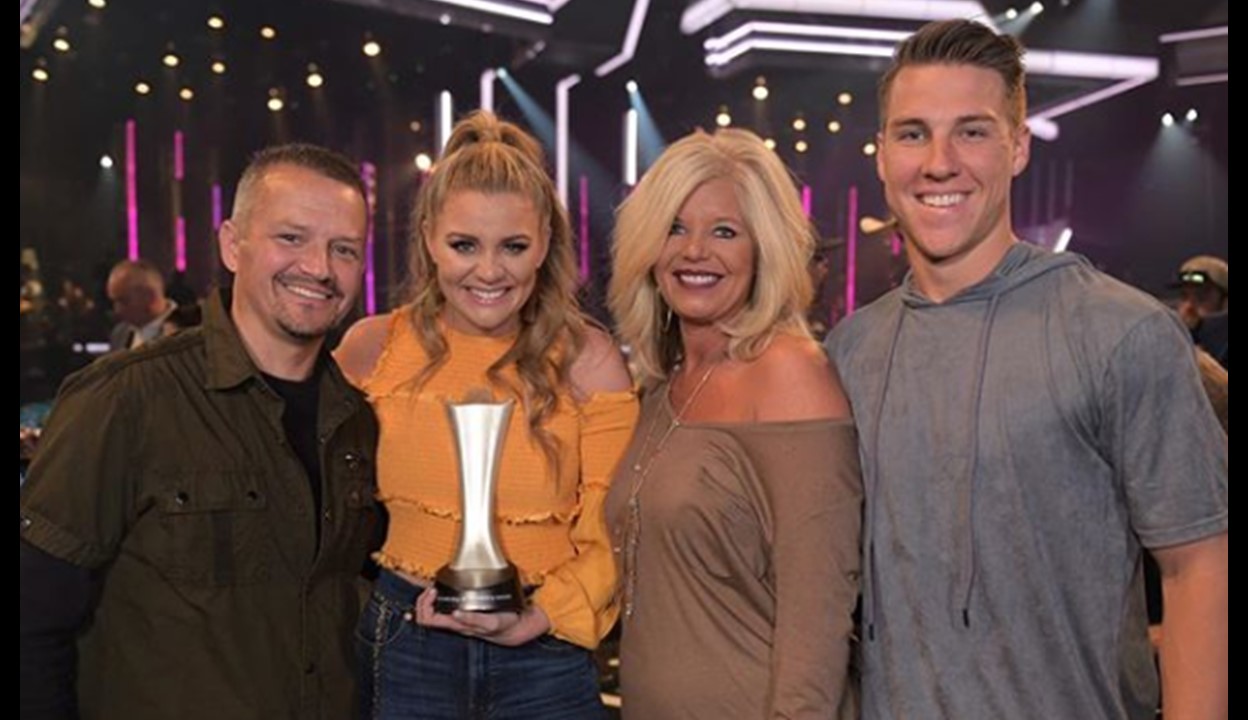 I have been seeing a lot of you posting and asking about what is going on with my step-dad and how you can help. I am not one to ask for anything, but you guys have consistently been reaching out. His story and what our family has been dealing with is written on his go fund me page. The link is in my bio. He is fighting harder than I thought was possible. He is the strongest person I know. Cancer doesn’t discriminate. It doesn’t care if you’re two or 80 years old. It doesn’t care if you’re a perfectly healthy 47 year old step-father, husband, and grandfather who eats healthily and runs 6 miles a day. It can happen to anyone. To the families and people who have been affected by this horrible disease or any disease, my family has felt the pain you’ve felt for the last four months. We are praying for you. We love you, and we are so thankful for all of the love coming our way. Ps: I chose this picture because of how happy that trophy made him. We found out I won New Female Vocalist of the Year at the @acmawards the same week we found out he has cancer. We made sure he and my mom were there for the award show. That trophy is my very favorite thing I’ve ever gotten. It brought so much happiness in a week of sadness. That’s how God works.

Yesterday, Lauren shared the following news via social media: “My stepdad, Sam, went to heaven at one o’clock this morning. He was the purest example of how to love and live life fully. His last few hours were some of the most amazing moments I know I will ever have the privilege of witnessing. He opened his eyes last night. They shined the brightest I’ve ever seen anyone’s eyes shine, and he said, ‘Jesus.’ We said, ‘What do you see Sam?’ He said, ‘It’s so beautiful.’ Mom asked him who he saw and he told her a bunch of people, including his mama. He later said, ‘I love you all. I found it.’ My mom asked him what he found and he said, ‘Heaven. I’ve got to go.’ An hour later he went to be with the Lord. I want this story to be an example of how real God is. We are only here for a short amount of time, and we have to live like there is no tomorrow. I want us to all be a little more like Sam. He was strong. He was the most compassionate person in the world. He would go without to help a stranger. He was a great dad. Now he is with the best Father in the universe. Thank you to everyone who has supported our family in this time. We appreciate the love, donations, and prayers that we have received.”

Last week, Lauren cancelled her October 19th and October 20th shows to be with her loved ones. If you would like to help Sam’s family cover medical expenses, the official Go Fund Me page can be found here.

Our hearts go out to Lauren and her extended family during this difficult time! Share this news with other country music fans.