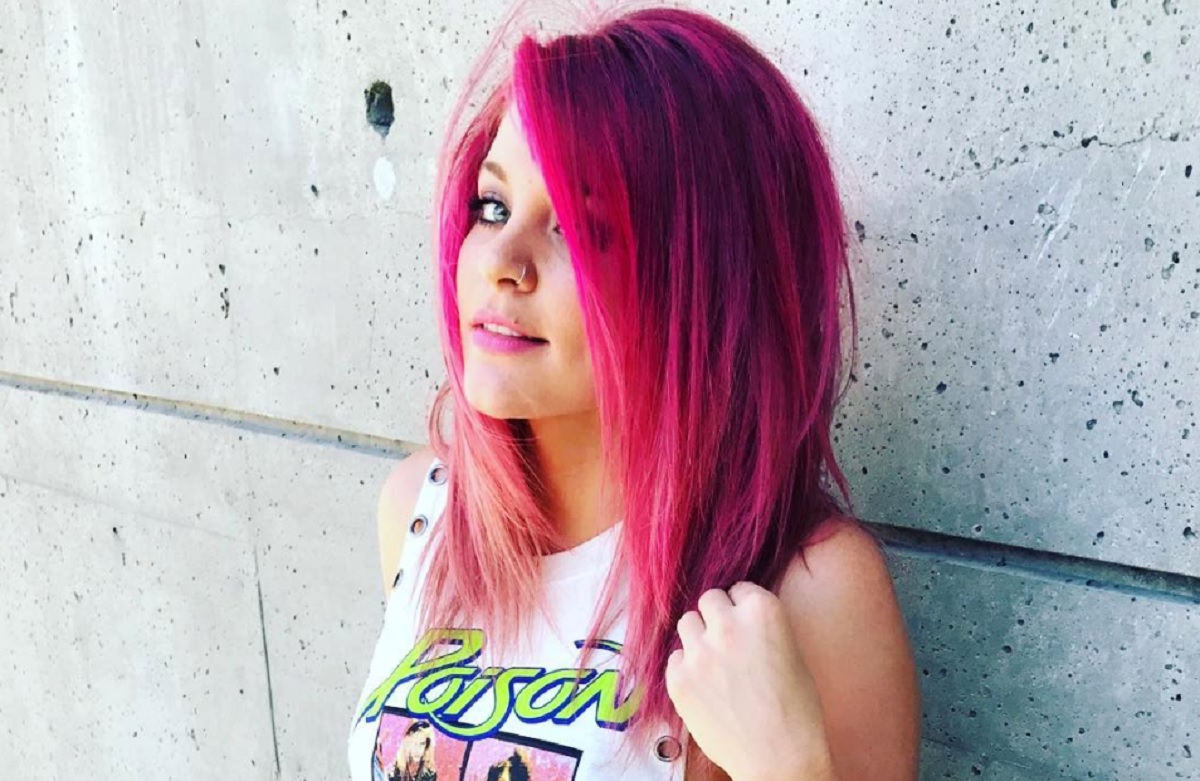 Lauren Alaina stuns fans with a new hairstyle in a bright new hue! Check out her new locks here and learn why she chose to make a drastic change!

Rising country singer Lauren Alaina started off summer with a hot new look: hot pink hair! Usually, summer is the time for cold drinks, hot weather and outdoor activities. In Lauren’s case, she added hair dye on that list of things to do this summer. And it looks amazing! The “Road Less Traveled” singer debuted her flashy new look of bright pink hair on social media.

Alaina is also known as the Queen of Puns on her social media accounts. If there is an opportunity for her to say something witty in a certain situation, she takes it. Recently, she had a string of cheese puns that accompanied her posts while she was in Wisconsin for a show. She continued the tradition when she posted a photo of her new hair color with a clever caption. “I was trying to come up with a pun, but I couldn’t PINK of one. Too much conFUSCHIAn,” she wrote. The Queen of Puns surely lives up to her nickname!

I was trying to come up with a pun, but I couldn't PINK of one. Too much conFUSCHIAn. 🌺🌺

In the photo Alaina looks like she came straight out of a punk rock music video. She wore high-waisted black jeans with a vintage Poison tee shirt, which Alaina says is her favorite band of all time. Adding to her punk outfit, she wore a nose ring and sported her new pink hair. Poison’s frontman, Bret Michaels, actually saw the picture of Alaina rocking his band’s shirt, and he complimented her!

This isn’t the first time that Alaina added pink to her hair. Back in 2012, the then-17-year-old put streaks of pink in her hair as an accent color to her usual long blonde hair.

Lauren Alaina shows confidence with her hairstyle, even though it’s quite different than what she’s used to. In fact, the new style matches the cover for her new single, “Doin’ Fine.” She revealed that the song was a personal approach about learning to accept her flaws instead of trying to be perfect, especially being in the spotlight of the country music industry. The carefree new single and new hair color show that the singer is doing just that.

Alaina has many shows booked for the summer, including select shows on Luke Bryan‘s “Huntin’, Fishin’, & Lovin’ Everyday Tour.