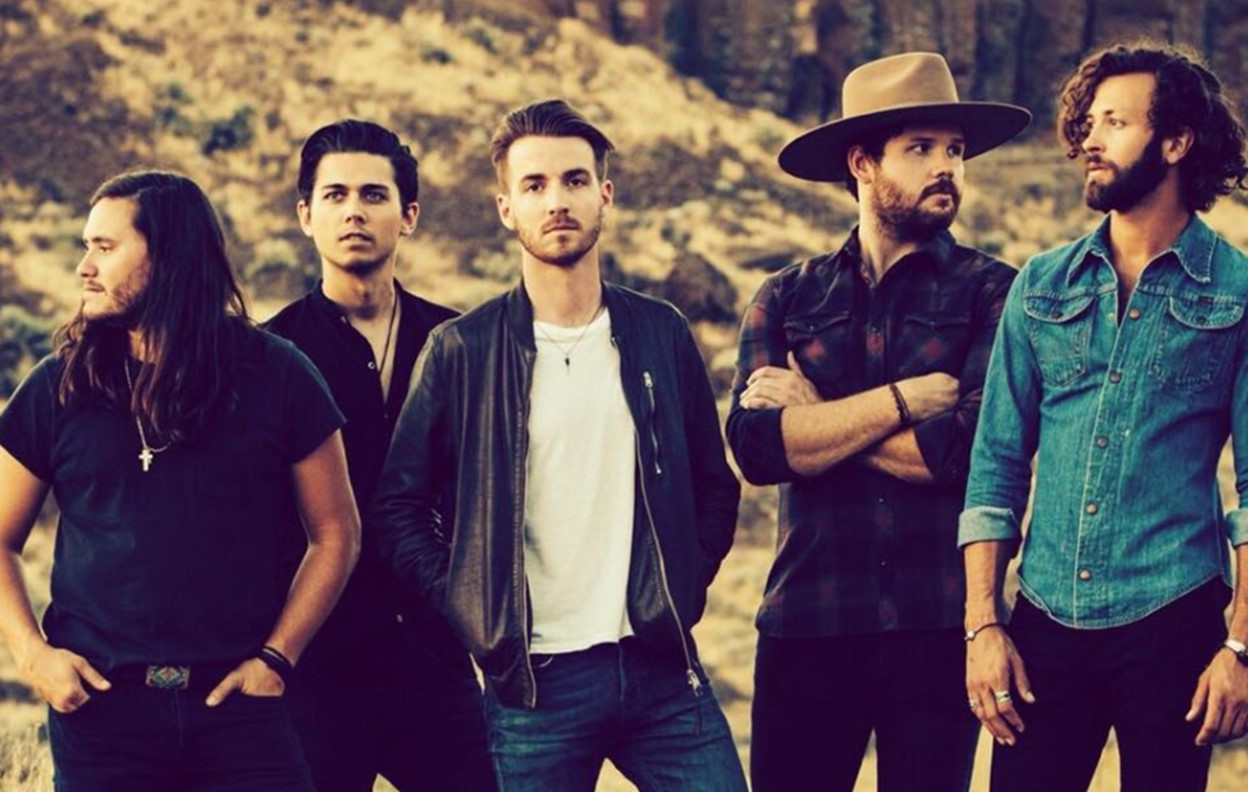 LANCO recently dropped their debut studio album, 'Hallelujah Nights.' Learn more about the rising country band and how they got their start here!

“It’s a surreal feeling for us that the wait is over and our first record will finally be out for the world to hear,” Lancaster stated in a press release. “Every song on Hallelujah Nights represents a piece of who we are and the experiences that led to this moment. What started as a dream when it was just the five of us jamming in a two-bedroom house has finally become a reality and I couldn’t ask for a better group of friends and team to go through this journey with.”

Each member of the band brings different musical influences to the table. This results in a long list of artists that helped shape the band into their own musical style. Some of those artists are featured on the project.

It’s awesome to think that just five years ago, the group first played for a small group of friends. Now, they’re selling out shows!

5 years ago we played our first show as a band to about 15 of our friends. This week we SOLD OUT our show in New York City and are releasing our album Hallelujah Nights. Thank y’all for being on this journey with us!

Jay Joyce, who produced albums for big names such as Eric Church, Little Big Town and Keith Urban, also ended up producing LANCO’s first album. He decided to work with the band after meeting Lancaster, who worked concessions for a Little Big Town concert at the time.

“I was at my register and saw this guy walk by, and I knew it was Jay Joyce, or I thought it was.” So he stopped working and walked up to Joyce, thinking he may not respond…but he did!

The two chatted for almost half an hour, and then Joyce decided to give Lancaster a once-in-a-lifetime opportunity. He asked to hear some sample tracks and wanted to meet the rest of the band.

They were a small, upcoming band from Nashville, but after about four songs, Joyce said he wanted to get the guys in the studio to record as much music as possible.

Even though this is the band’s first album, Joyce showed them the tough ropes of the music industry. It was important for them to make music reflective of who they are in order to connect with the audience.

“He’ll make you stand up; he’ll make you play like it’s a show,” Lancaster shared. “On one of the songs, I was recording vocals, and I had the lyrics on a stand. I was reading them, and he couldn’t see me … and he was like, ‘What’s the deal, man? It sounds like you don’t believe it. I’m not buying it.’ He walked in and he saw it and goes, ‘Are you using lyrics?'”

Lancaster says he is so excited for fans to have this new music and he hopes it will inspire them.