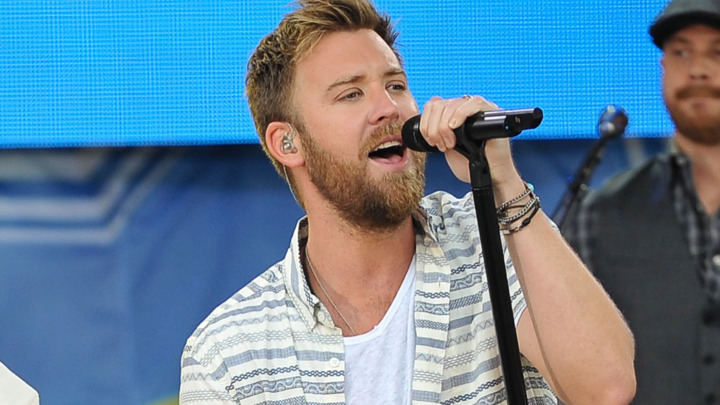 To promote his solo project, Charles Kelley performed 'The Driver' from his upcoming album on The Tonight Show, with a little help from Dierks Bentley and Eric Paslay.

Lady Antebellum member Charles Kelley has announced that he will be launching a solo tour called The Driver Tour in support of his new single “The Driver”.

Kelley will be embarking on a 22-city tour with opening act Marren Morris, which is scheduled to kick off on November 28th in Cleveland, Ohio.

Kelley explained the choice of Marren Morris as the support act.

‘She’s great,” he told Rolling Stone. ‘We were talking about who to bring out there, and I thought it would be fun to bring out an up-and-comer. She’s got a lot of buzz; she’s got the perfect sound that will fit in with what we’re doing.”

Last month Lady Antebellum announced they would be taking a break to focus on their own lives.

‘It’s gonna be fun to watch the fans hear a song they haven’t heard before, because the project won’t come out until early next year. So I go out there almost like we did with Lady Antebellum, with just one single on the radio, and have to prove myself. I miss that,” Kelley said.

‘You get so used to screaming and everybody knowing all the songs, and there’s something really fun about getting out of your comfort zone.”

Recently, Kelley stopped by The Tonight Show with Jimmy Fallon to perform “The Driver” with some “friends”.

The balled was co-written by Kelley, Paslay, and Abe Stoklasa and is rich with harmonies as it tells the story of “life on the road”.

They include the bus and truck drivers “bringing the circus to town,” the audience members who come to the shows and offer their energy, belief and support, and the singers who put their hearts and souls into the music.

“‘The Driver’ is the last eight years of my life put in a song,” Kelley tells Rolling Stone Country.

Watch below as Charles Kelley performs “The Driver” with Dierks Bentley and Eric Paslay!