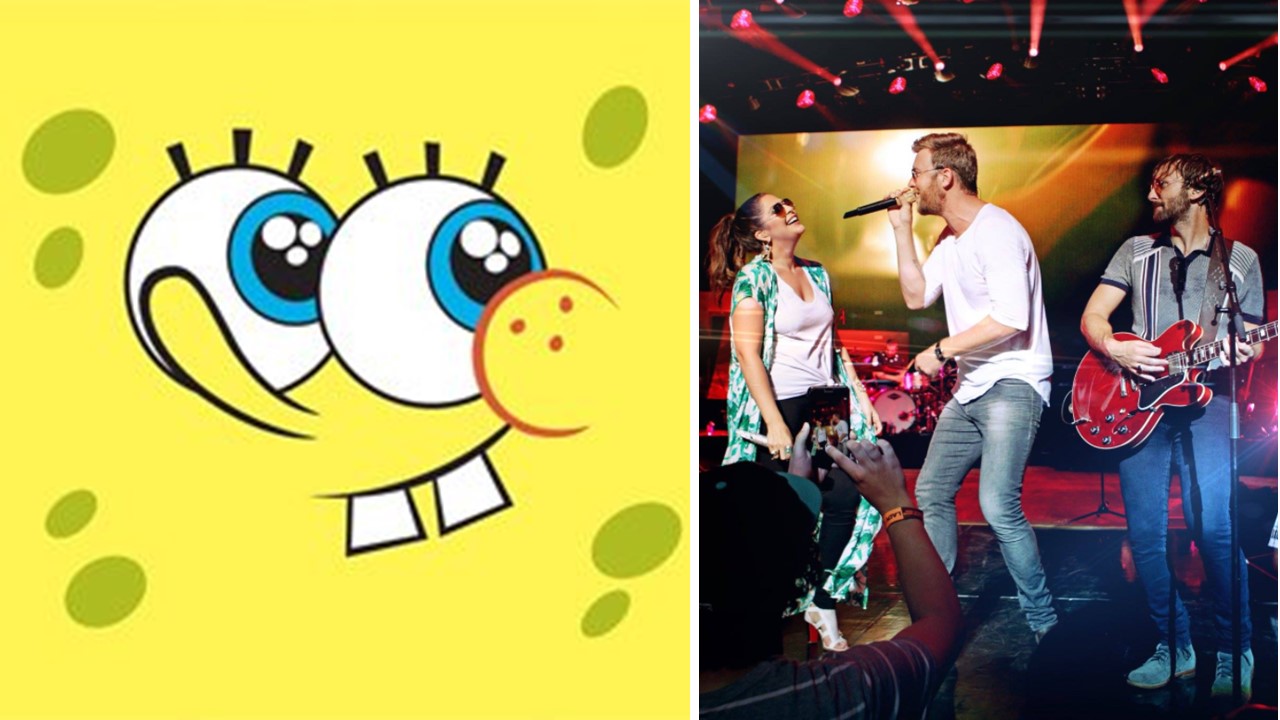 SpongeBob SquarePants is about to hit Broadway! Find out how Lady Antebellum is involved right here!

Who lives in a pineapple under the sea? Spongebob Squarepants. Which country music group is helping bring the absorbent and yellow and porous character to the big stage? None other than popular trio Lady Antebellum.

The wacky cartoon has spun-off a live musical version that will debut on New York City’s Broadway November 6th.

Lady A wrote an original song dubbed “Chop to the Top” for the second act of the musical production. While working to save their town of Bikini Bottom, characters SpongeBob and Sandy Cheeks climb to the top of Mount Humongous while singing “Chop to the Top” and utilizing their karate skills.

“Acclaimed Steppenwolf director Tina Landau and the groundbreaking designers behind Fun Home, Hedwig, and Spring Awakening have brilliantly reimagined Bikini Bottom for the Broadway stage, bringing the spirit of SpongeBob to life with humanity, heart, and pure theatricality. With an original score from some of the biggest names in pop and rock, SpongeBob SquarePants explodes with energy.

Stakes are higher than ever before as SpongeBob and all of Bikini Bottom face the total annihilation of their undersea world. Chaos erupts. Lives hang in the balance. And just when all hope seems lost, a most unexpected hero rises up and takes center stage.

Get ready to dive to all-new depths of theatrical innovation at SpongeBob SquarePants, where the power of optimism really can save the world!”

Tickets for the production can be found here and check out the story behind the star-studded soundtrack below!

Lady Antebellum released their latest album Heart Break in June and are currently on road for the second leg of their You Look Good World Tour, which concludes on October 15th in South Africa. Along for the wild ride are country music standouts Kelsea Ballerini and Brett Young.

Be sure to share this update with others who would appreciate some Spongebob Squarepants with a side of culture!