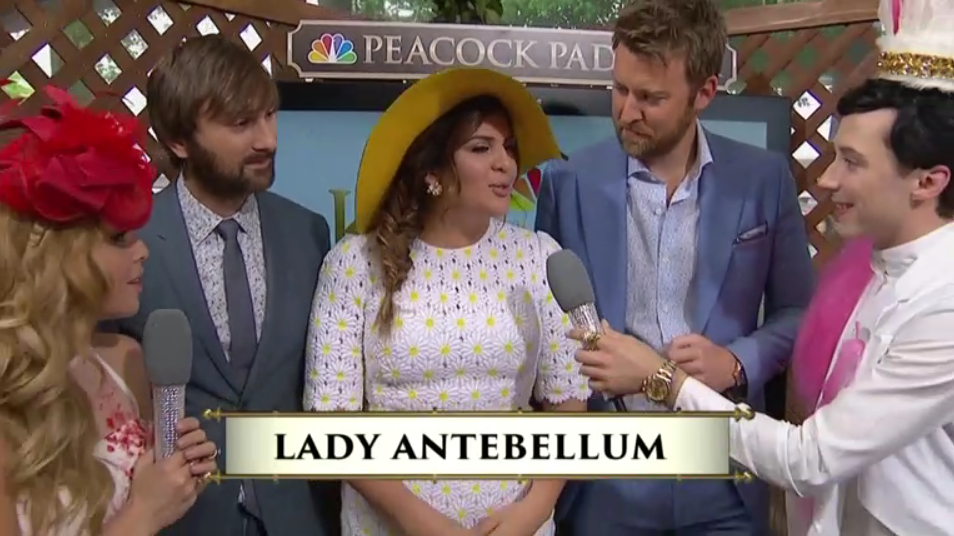 The rain has never stopped them before.

Saturday, May 7th was the biggest day in horse racing. The 142nd annual Kentucky Derby at Churchill Downs brought in a staggering 170,000 very well dressed people and the day was filled with fanfare, elaborate hats, and the traditional Mint Julep cocktail.

Lady Antebellum also happened to be in attendance to enjoy the race as well as sing an epic National Anthem to a crowd getting soaked by rain. Check out the view from the crowd below posted by Womanista.

Besides the rain, the race was a huge success and the crown was brought home by the favorite, a young horse named Nyquist. Congratulations to the whole Nyquist team and hats off to Lady Antebellum for their beautiful performance in the rain.

Lady Antebellum will also be performing at the upcoming Nebraska State fair.  The state fair has added several notable acts including:  Lady Antebellum, Train and Thomas Rhett all playing the opening weekend at the fair.  The state fair takes place in Grand Island between Aug. 26 and Sept. 5.  Thomas Rhett will play Aug. 26 and Lady Antebellum will follow on Aug. 27.   The California band Train (think  “Hey, Soul Sister” and “Drops of Jupiter”) will close out the weekend on Aug. 28.