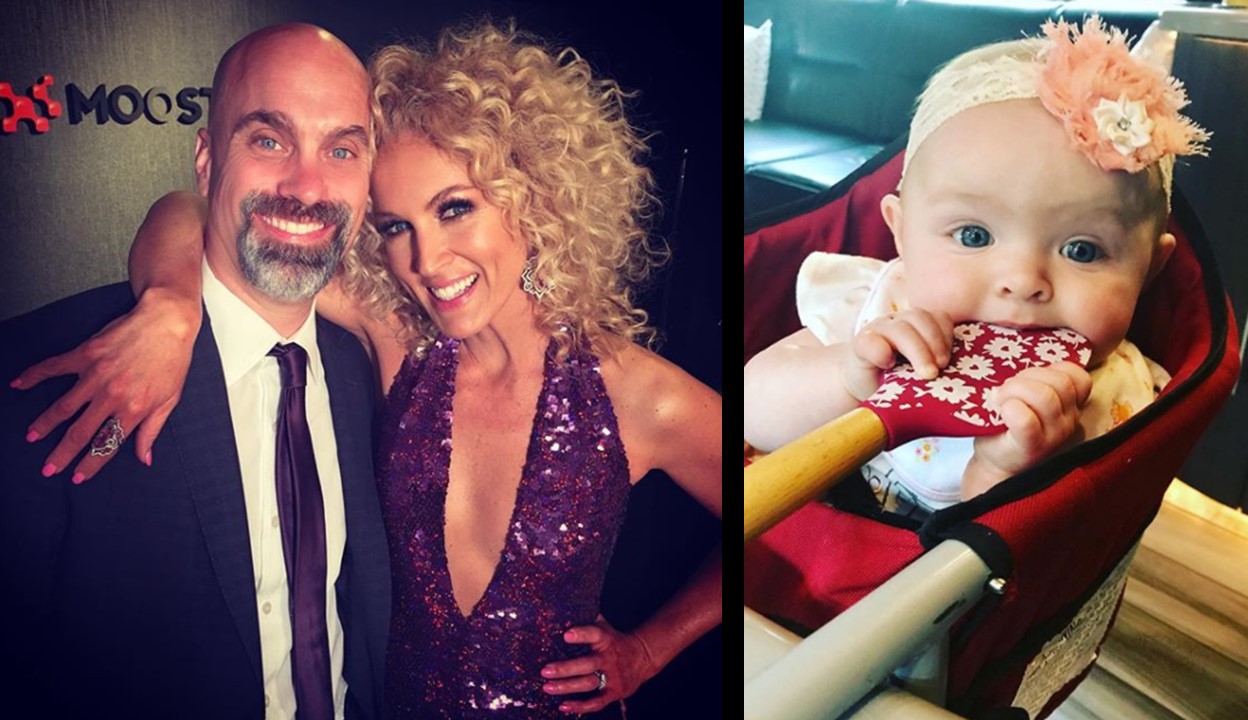 Kimberly Schlapman’s Baby, Dolly, got to meet the very special woman she's named after! Check out that photo and many more, here!

In January, Little Big Town’s Kimberly Schlapman revealed that she and her husband, Stephen Schlapman, adopted a newborn baby girl and named her Dolly Grace!

Kimberly and Stephen have been married since 2006 and welcomed their first daughter, Daisy Pearl, into the world on July 27, 2007. As many fans can recall, Kimberly tragically lost her first husband, Steven Roads, to a heart attack in 2005 when he was only 41-years-old.

“She’s named after somebody special, yes,” Kimberly revealed to several media outlets after welcoming the infant into her family. “Dolly Parton, yes, has inspired my whole life. My husband is the one who thought of us naming her [Dolly] when we had hoped and prayed for this baby. This was my husband’s idea. So, it’s perfect. I love it.”

After the Schlapman family introduced their newest addition to the world, Dolly Parton tweeted the following sweet message, “I hear there is a new Dolly in this @LittleBigTown! Congrats Kimberly Schlapman and family!”

Even better than the icon’s congratulatory message, little Dolly Schlapman got to meet the country music legend in person! Ummm, that may just be the cutest picture EVER.

Dolly meets Dolly!!! @dollyparton thank you for lovin’ on my Dolly. 💗 📷 @reid_long

Needless to say, 10-year-old Daisy is enamored with her baby sister and takes her role as big sister very seriously.

Daisy really does have her very own living baby doll. Thank you, Jesus, for these precious girls. 💘

The princess & her posse. 👸🏼 #happyhalloween

I mean, just look at this ADORABLE baby!

#worldadoptionday There are no words deep enough to express what adoption has meant to our family! ❤️ 📷 @karenfairchild

Be sure to catch Dolly’s proud mother on the road in 2018! Check out Little Big Town’s The Breakers Tour schedule with Midland and Kacey Musgraves in tow below!

Be sure to share this cuteness with other country music fans!