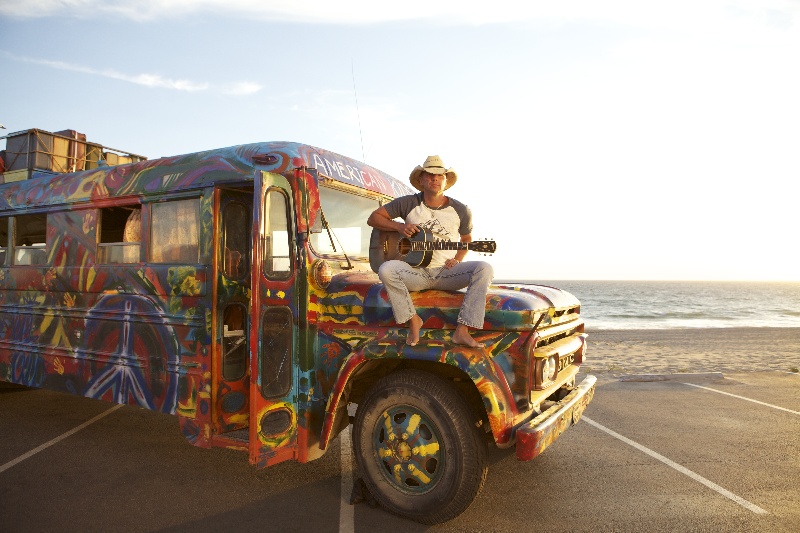 With "Wild Child" hitting number one on the Billboard chart, it is the first time since "Hemingway’s Whiskey" that Kenny Chesney has seen his first three singles top the charts.

As Bonnaroo 2015 breaks camp for another year, the song that celebrates the storied music festival as well as Burning Man, hits No. 1 on the Billboard and Mediabase Country Singles charts – marking the first time since Hemingway’s Whiskey that Chesney has seen his first three singles top the charts.

It is also the very first No. 1 for Grace Potter, who shared a GRAMMY nomination with Chesney for “You & Tequila.”

In a cover story for Billboard, Chesney drew a comparison between “Wild Child” and bro country songs: “Over the last several years, it seems like anytime anybody sings about a woman, she’s in cutoff jeans, drinking and on a tailgate — they objectify the hell out of them! […] But I’m at a point where I want to say something different about women”.

He told Taste of Country that he wasn’t searching for another Grace Potter duet, but when he finished writing the song, he knew it was unavoidable. “When you write about women, the best place to start is their spirit, and there’s not a woman that has a better free spirit than Grace Potter”.

Congrats to both Kenny and Grace on the number one “Wild Child”! Watch the music video below: