Kenny Chesney There Goes My Life [Videos and Lyrics] 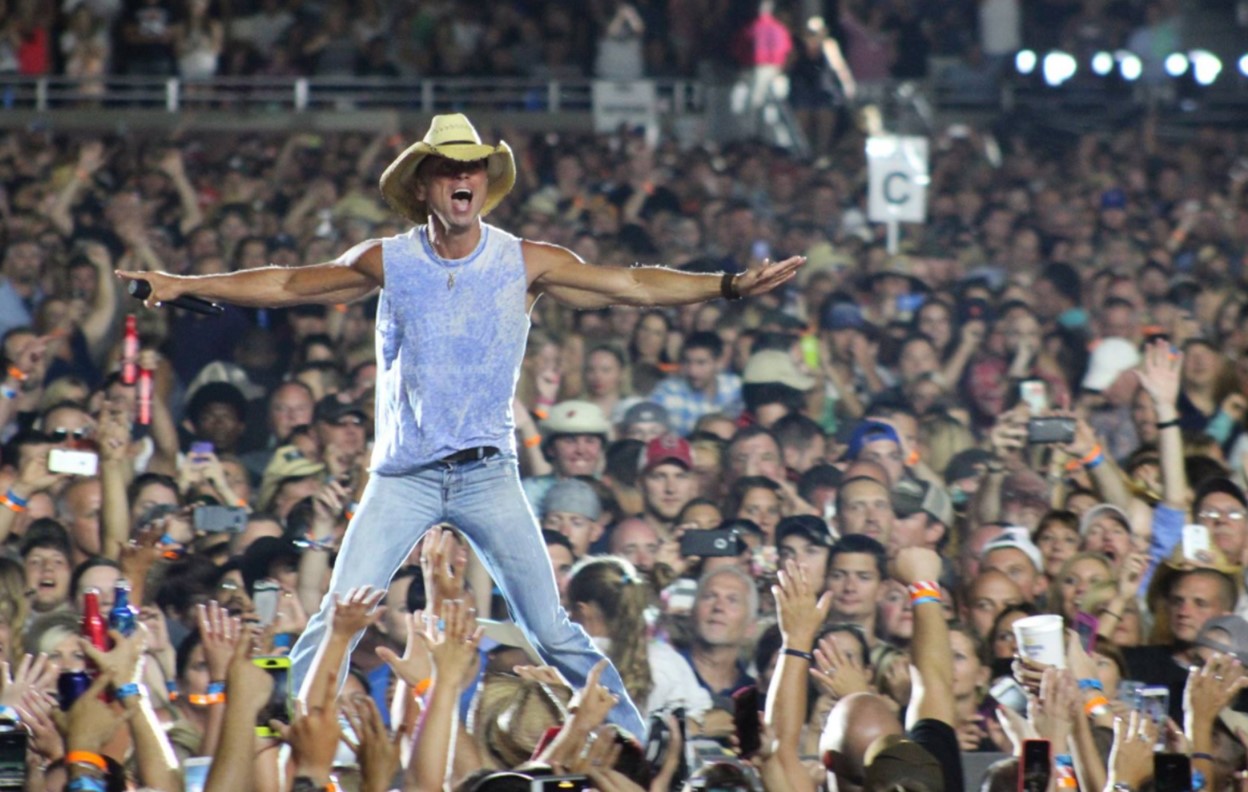 "There Goes My Life" is one of the top tracks from Kenny Chesney's new live album, 'Live In No Shoes Nation.' Watch the live performance here!

The Kenny Chesney There Goes My Life song was released in October 2003 as the first single from Chesney’s 2004 album “When the Sun Goes Down”. This song spent seven consecutive weeks at number one starting December 20, 2003.

As October came to a close, country music star Kenny Chesney debuted his new live album, Live In No Shoes Nation. Among the songs chosen for the record was “There Goes My Life.” The cute song is about a teenage boy who learns his girlfriend is pregnant. Of course, the two teenagers freak out when they hear the life-changing news. In fact, several times they say, “There goes my life.” However, as the song progresses, the couple start to appreciate their decision to keep the child. The parents fall deeply in love as their kid grows up. Then, their child is old enough to move out west, and the parents start to breakdown from sadness singing, “There goes my life.”

The music video became the most popular of Kenny’s career with over 96 million views as of August of 2022.  Watch the official music video, see a live performance and check out the lyrics to “There Goes My Life” below.

All he could see were his dreams goin’ up in smoke
So much for ditchin’ this town and hangin’ out on the coast
Oh well, those plans are long gone

Momma’s waiting to tuck her in
As she fumbles up those stairs
She smiles back at him dragging that teddy bear
Sleep tight, blue eyes and bouncin’ curls

She had that Honda loaded down
With Abercrombie clothes and 15 pairs of shoes and his American Express
He check the oil and slammed the hood, said you’re good to go
She hugged them both and headed off to the West Coast

Be sure to share this with other Kenny Chesney fans!