Kenny Chesney Strips Down for 2016 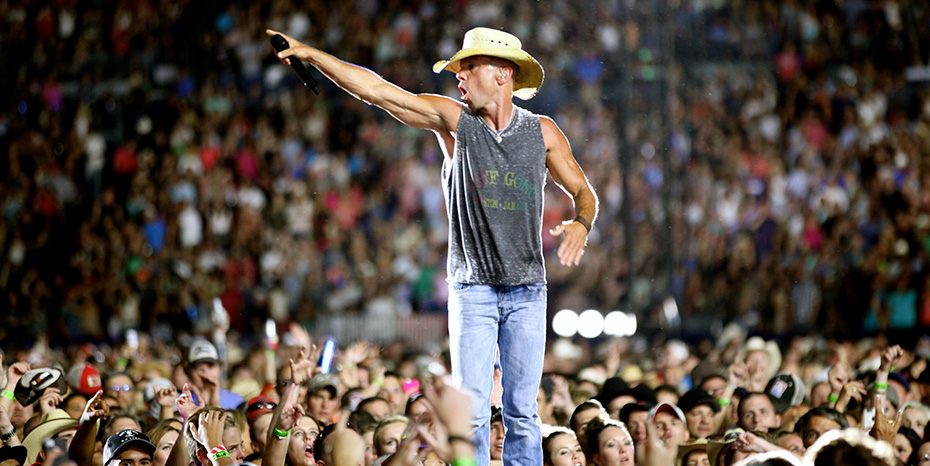 Inspired by his fan club, the No Shoes Nation, Kenny Chesney changes things up for his 2016 tour.

Kenny Chesney is king of the touring scene. He made Billboard’s Top 5 Touring Acts of 2015, coming in third behind the megapop-novas Taylor Swift and One Direction, which is nothing to be ashamed of considering he played to 1,335,022 fans last year.

Chesney is always striving to give his loyal fans what they want, and 2016 will be no different.

“What people don’t see about these tours,” the 8-time Entertainer of the Year says, “is when they’re coming into the stadium that last month, we’re already thinking about how we’re going to rock the fans, really take them new places next year. Between the lights, the entrance, the stage, the videos, I work with one of the most incredible teams to find ways to really give the No Shoes Nation the kind of night that really makes their summer what they want it to be.”

“This year, the No Shoes Nation was at a whole new level in terms of the energy they threw at us,” Chesney says.

“Every night when the screen would drop, when they’d hear the music, they almost knocked us back a few feet. That’s powerful – and we found ourselves talking about it after the shows a lot of nights. It spoke pretty loudly to me as we were looking at renderings, thinking about the tricks. Because in the end, it was the music and the moment they were responding to – not the flying, not the lasers, not the videos, but the songs. So when we got to decision-making we all realized: what the No Shoes Nation really wants is… the music.”

Chesney continues, “So this year, we are as lean as we’ve ever been! The stage is clean. Nobody’s flying. The sound is building on last year’s incredible system – and the lights are going to be really focused on making the music stand out. I want as little between me and the fans as possible, and I think we’ve managed to achieve that in a really good way. It’s going to be more intense than ever, but it’s going to be about the songs, the band, the moment and the energy we give each other. This is going to be a year to remember… and we’ve not played the first note.”

Watch Episode 18 of the video series No Shoes TV below!