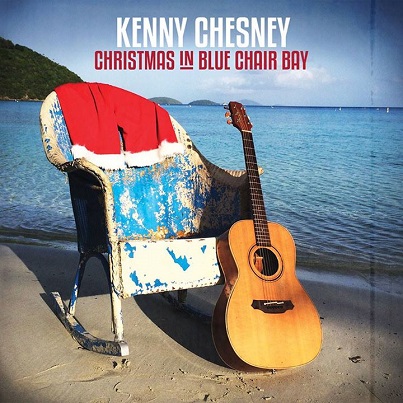 Kenny Chesney trades snow and reindeer for sand and rum in his latest holiday-inspired musical release.

Kenny Chesney wants to take you away to the islands this Christmas season with the release of his latest Christmas tune, “Christmas in Blue Chair Bay”.

Chesney worked with longtime producer Buddy Cannon on the track.

“I was in the mood,” Chesney said of why he recorded the song. “Especially with the time I’ve been spending in Barbados with my rum, to try and distill how slow and sweet the holidays in the islands are when we can get there.”

With lyrics like “Everybody raise a glass with me right now/ To all of those up in the snow/ From all of us down South/ ‘Tis the season for believing and faith and family,” the singer, famous for his laid-back, island style, lets people know there’s a better – and warmer – way to spend the season.

This is his first Christmas tune since 2003’s album All I Want for Christmas Is a Real Good Tan.

“It seems like there are few times of the year when you can really unplug, really just be in the moment with your family and your friends — and celebrate how great life is,” he said.

“Over the last 10 years, I’ve really come to appreciate that time off and what those connections mean, and I wanted to share that feeling with my friends through music.”

Chesney announced his 2015 Big Revival Tour earlier this year, which will include a number of country stars, and he recently released his new album, The Big Revival.