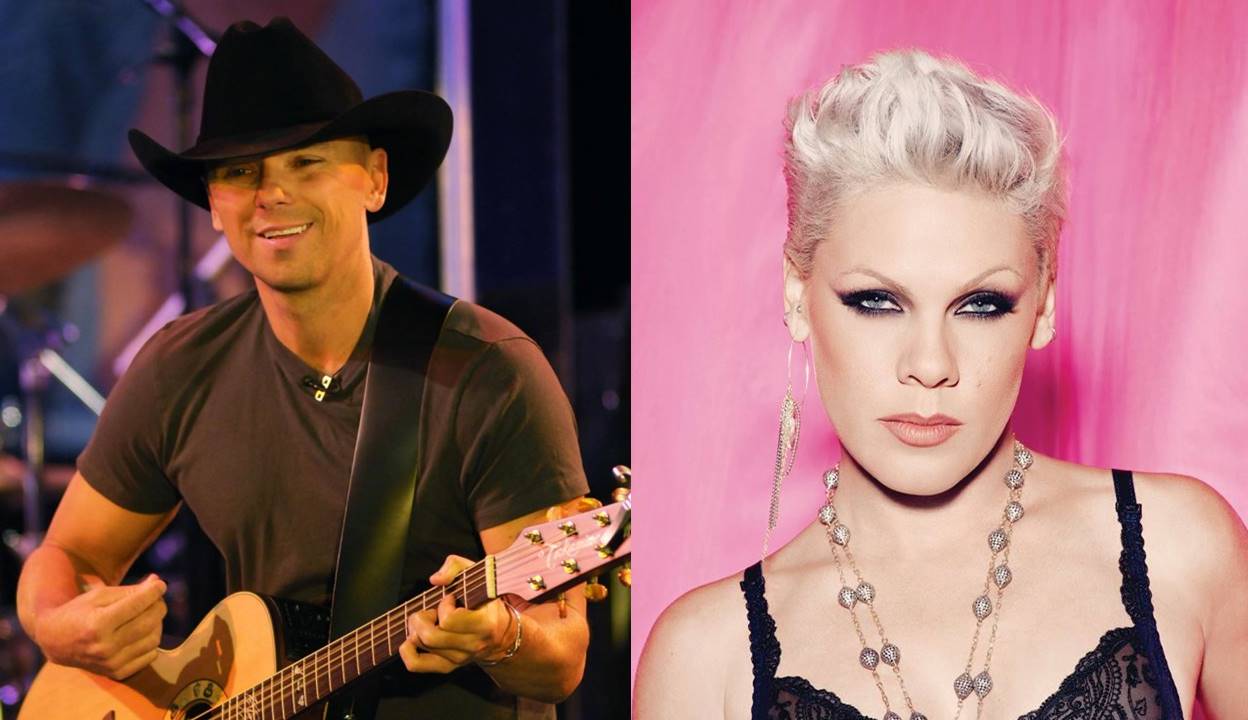 Kenny Chesney's follow-up to 2014's “The Big Revival” has been temporarily shelved.

Kenny Chesney’s new album Some Town Somewhere was originally scheduled to drop this Friday, July 8th, but that plan has been scrapped in order to accommodate a big addition to the project— a duet with powerhouse vocalist P!NK! The song is titled “Setting The World On Fire” and Chesney promises that the delay will pay off big time for fans.

We’ve been treated to a taste of the upcoming record with Chesney’s most added first week single ever “Noise” and that will have to tide us over for now. In keeping with the theme of the ‘chaos of modern life,’ the popular entertainer thought about what he wanted Some Town Somewhere to mean.

“To have a song that is so ‘right in the moment’,” the Tennessee native explains, “is a rare thing. ‘Somewhere With You’ had it, too. But that’s a song of wanting, and this, this is a song of being. But the more I listened, the more I knew I needed a woman’s voice, to be in the song with me.”

While spending time in California, Chesney became friends with P!NK and decided that he wanted her to join him on this track. “P!NK’s voice holds so many feelings all at the same time: joy, desire, a bit of toughness, a little hurt. She’s an incredible singer – and has this great tone that shines but has a little wear to it, but doesn’t sound beat up. So I called her,” Chesney discloses.

Despite the schedule set in place, Chesney realized this duet was something worth waiting for –so he moved the album’s debut to October 28th.

“Sure, it would be easier to just leave everything on schedule,” admits the country music star. “But when you have something you know is great, and it captures the best part of being alive, why wouldn’t you slow down enough to make it happen in the moment? That’s what ‘Setting The World On Fire’ is all about – and I figure it may be a while before I make another record, and I don’t want to wait to share this because it’s so good.”

We can’t wait to hear the results of this sonic union! Share with other Kenny Chesney fans.