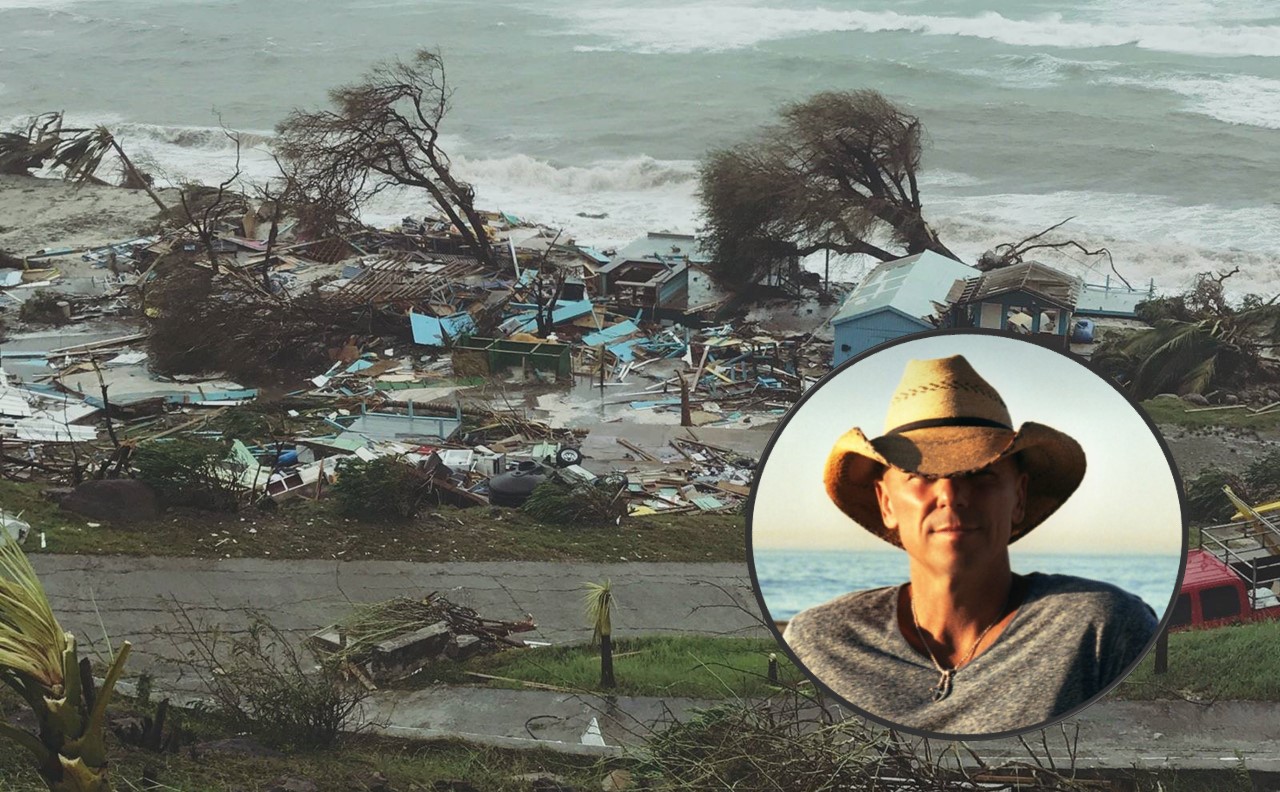 After Kenny Chesney's house on St. John was completely destroyed by Hurricane Irma, he vowed to help the hurting community. Check out his efforts here!

This year, hurricanes affected millions of people throughout the United States and the Caribbean. In fact, the 2017 hurricanes left behind over $200 billion in damage, the second highest figure over the past 117 years only behind Hurricane Katrina in 2005. Also, Hurricane Irma became the 17th deadliest hurricane in US history!

When Kenny Chesney’s house on the US Virgin Island of St. John was wiped out by Irma, the country singer could not stand sitting on the sideline. Immediately after the natural disaster blew through the island, Chesney promised to help, “I don’t know right now how we’re going to do this. But I want to help. I want to enlist my friends to figure out the best ways to make a difference, to help in whatever ways, small or larger, that we can…Give us a few days to figure this out.”

The “All The Pretty Girls” singer was devastated to see the damage. He loves St. John. In an interview with CNN, Chesney said, “It’s hard to put it into words, because I have got so many memories, so many friends there, so many fabrics and pieces of my life on that island. To see that devastation and to see what it is today, when I was just there last week, is really heart breaking.” Following the hurricane, Chesney set up a foundation named Love for Love City, “Love City” is St. John’s nickname.

To everyone in @noshoesnation who has reached out asking how you can help… from the bottom of my heart, THANK YOU. We've created the Love For Love City Foundation to help provide support for the US and British Virgin Islands which were just devastated by #HurricaneIrma. These people and these islands have meant so much to me throughout my life. All proceeds will immediately be directed toward supporting those affected. Please donate what you can via the link in my bio and share. #loveforlovecity

One of the unique ways the foundation was able to help the hurting island was by airlifting animals to safety in Florida. In the aftermath Hurricane Irma, countless families were separated from their pets or were forced to evacuate too quickly to bring their pets.

“If you’ve ever loved a dog or cat,” the Tennessee native says, “the idea of these poor animals who can’t find their people…who are struggling to find food…some of whom need medicine…It breaks your heart. To me, if we can’t find their owners, we can find them love. That’s what Love for Love City is all about.”

Shout out to Kenny Chesney for working to get these animals back into the care of loving families! Thoughts and prayers to all those affected by the 2017 hurricanes!

As for the country star’s music, Kenny recently claimed the top spot on the Billboard album chart with his live album, Live In No Shoes Nation. The album contains a whopping 30 tracks and is an absolute blast!

Be sure to share this heartwarming update with other Kenny Chesney fans!