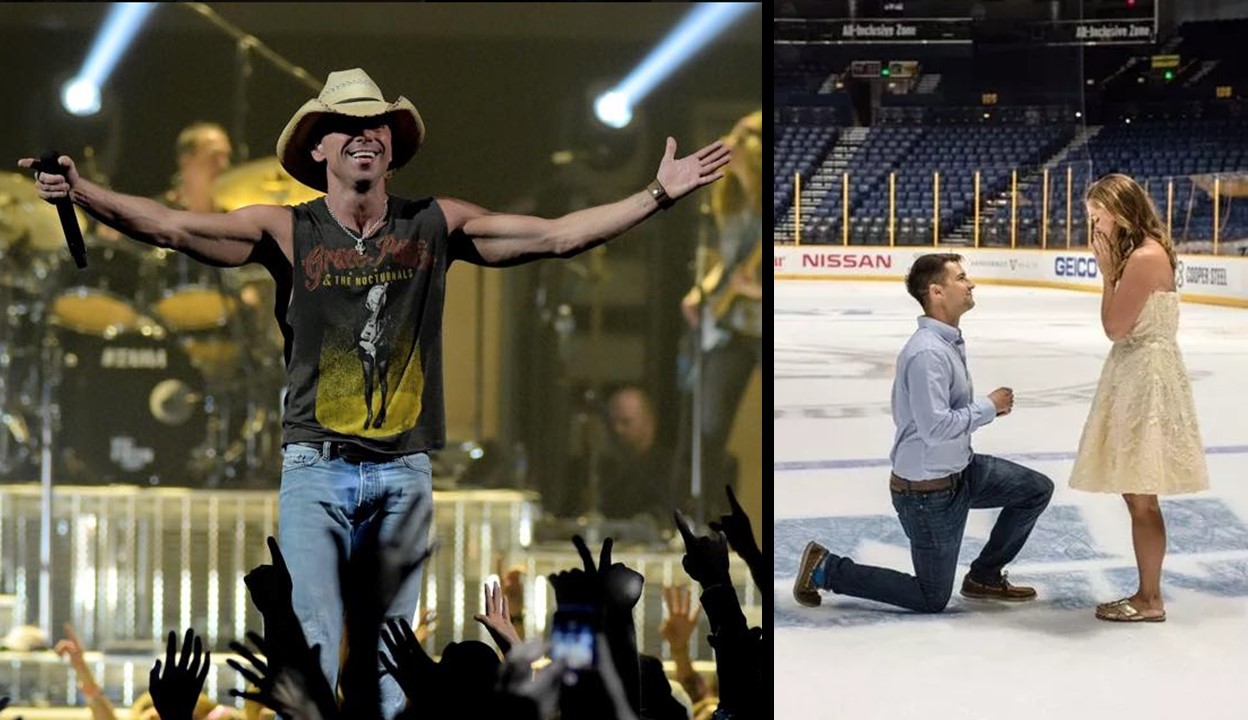 A chance encounter at a Kenny Chesney concert lead two fans to finding their soulmates. Check out their incredible love story here!

Who knew that Kenny Chesney‘s second talent was sort of being an indirect matchmaker?!

Nearly three years ago ago on March 27, 2015, Holly Hammonds and Army Capt. R.J. Edwards separately attended one of Kenny’s concerts at Bridgestone Arena in Nashville. Little did they know that cupid’s arrow would strike while enjoying a night of live county music.

Holly was attending her second Chesney concert in a row, accompanied by a friend. Being that the concert was sold out the two friends settled for the nose bleed seats and ended up sitting a couple rows away from a very handsome young man, R.J. Edwards. This is where fate pops in!

As the story goes, Holly and this young man were exchanging smiles and glances during the entire show. By the end of the night, R.J. found the courage to wave at Holly. It gets cuter…

Holly then decided to give him her number by holding up her phone and waving. She then held up her hands and with her fingers, she gave him her digits.

Edwards texted the girl of his dreams (though he didn’t know that at the time) after the show which lead to a night out at Tootsie’s together. It’s safe to say they grew quite fond of one another as they have spent the last few years growing their relationship.

Their unique ‘how we met’ story inspired R.J. to pop the question where they first met, at Nashville’s Bridgestone Arena! Of course Holly accepted his proposal! Prepare for happy tears…

"I locked eyes with a cute stranger at a concert. But there was an arena of people between us…" 💗(Credit: The Way We Met)

Posted by LittleThings on Saturday, December 2, 2017

Kenny Chesney managed to catch wind of the couple’s video and has invited them to any of his upcoming concerts of their choice and will of course get special VIP treatment! How adorable! Best wishes to R.J. and Holly as they prepare for their wedding in May.

Share this heartwarming story with other country music fans! Kenny’s 1998 tune “How Forever Feels” seems to fit this tale perfectly…