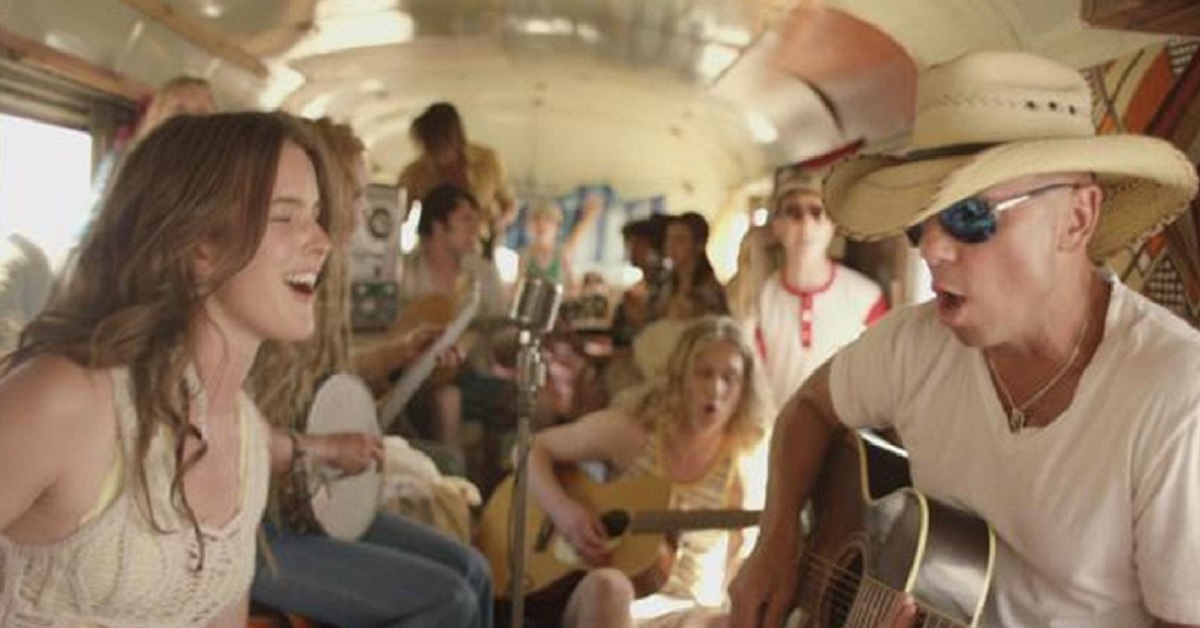 Kenny Chesney American Kids was released in June 2014 as the first single from Chesney’s 2014 album The Big Revival.   Kenny Chesney is back from his time away from the public eye with a brand new song from his yet-to-be released new album. The single “American Kids” is an upbeat tune that goes deeper than the Chesney standard of hanging on the beach and loving summer time. “American Kids” is a song about growing up, holding on, and knowing that life hangs on to the memories that you can make come alive whenever you chose to remember them.

“American Kids” was co-written by Rodney Clawson (“Get Your Shine On” from FL/GA Line), Luke Laird (“Keep It To Yourself” from Kacey Musgraves) and Shane McAnally (“What Country Is” from Luke Bryan) and displays the expected catchy hooks and witty wordplay that is the standard from these amazing Nashville writers. Kenny fell in love with the song the first time he heard it and knew it would be one of the many big hits from the album he had been working so hard on.

“Just because it makes you smile, that doesn’t mean a song can’t say something!” Chesney commented. “To me, it’s the songs that feel so good that really bring home a message. After all this time, I can’t wait to see what everybody thinks.”

According to Mediabase, Kenny Chesney’s new single “American Kids” landed at a staggering 130 country radio stations to rank as the format’s most-added this week!

“There is so much more to being alive than partying, tailgates and bonfires,” Chesney says. “It’s every single detail of being young, growing up, remembering when, laughing about how, but especially knowing you can still do all those things! “American Kids” are so much more complicated, more fun, more real – and if there’s anything about this song, beyond the rhythms, the hooks and the playing, that I love, it’s the fact that it captures all the little things that life really is made of.”

Currently, “American Kids” is being hailed as the most added song by country music radio. No other details have been released about the anticipated new album. Chesney is working with long time friend and producer Buddy Cannon. Cannon has been the producer of many number one hits by artists like Kenny Chesney, John Michael Montgomery, Joe Nichols and Reba McEntire. Buddy Cannon’s talent in the studio continues to speak for itself.

The new album is still untitled, however we can be sure it won’t stay that way long. Take a listen to “American Kids” and decide for yourself….is Kenny back in full force? We sure do think so!