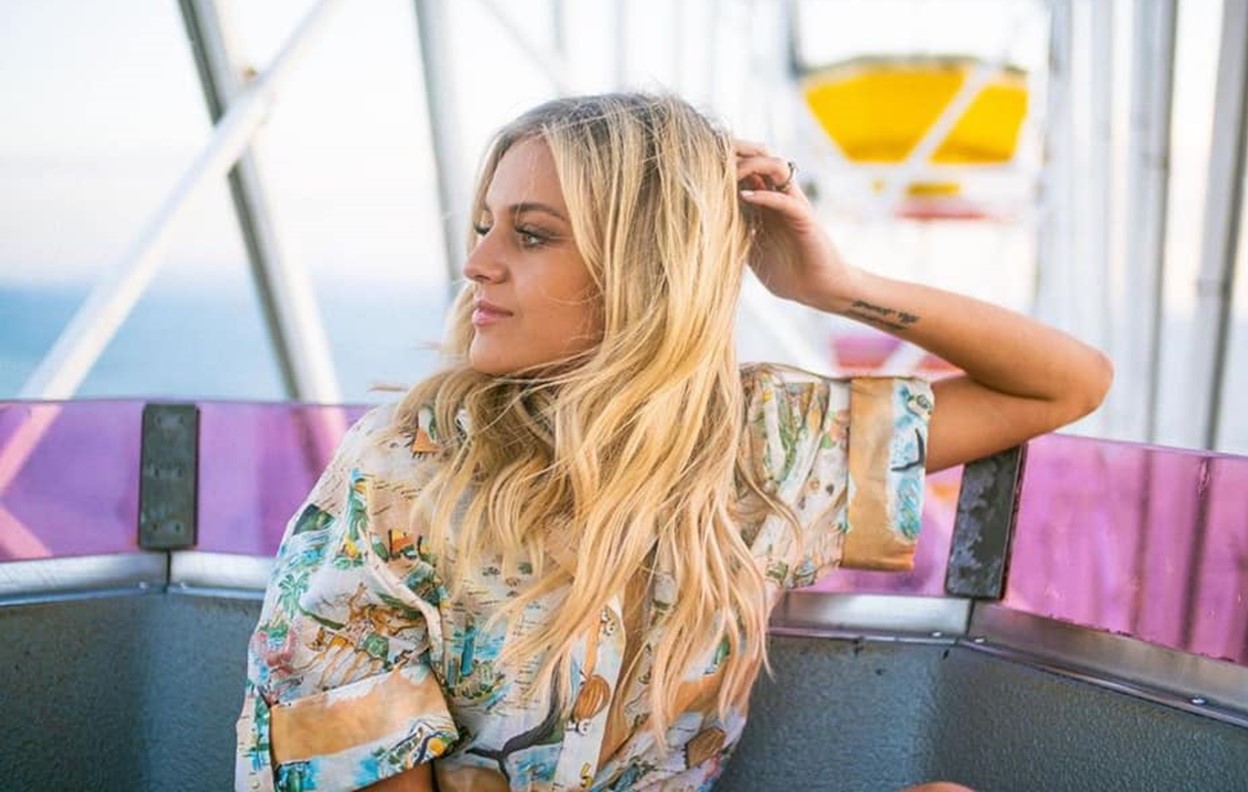 Country music star Kelsea Ballerini has been busy at work and now fans can enjoy the fruits of her labor, her newest “la” music video. The song captures the story of mixed feelings about life in the big city and Kelsea’s love/hate relationship with it.

The home-video style music video captures Kelsea in some of the most iconic locations in Los Angeles. While L.A. is picturesque, the lyrics Kelsea uses to describe life in such a big and face-paced city contrast what fans are seeing.

“I wrote this song alone on a bathroom floor in Los Angeles last year feeling equal parts like somebody and like nobody, surrounded and completely alone, inspired and terrified, on top of the world and filled to the brim with anxiety,” Kelsea explains. “I was in between tour dates and left my guitar on the bus that particular week, so it came out as a stream of consciousness that fell into the form of a poem. as soon as I got to the bus a few days later it became this. It’s the most vulnerable thing I’ve publicly shared. it’s not cool to talk about not feeling cool. but it’s honest. and I’m really proud of every word of it. “la” is out NOW.”

Fans went crazy when they heard the song and Kelsea got such positive feedback that she took to Instagram to share her excitement writing, “Hearing your thoughts on ‘la’ the last few days has warmed every inch of my heart. I’m so proud of this song and really happy to be able to share it with you.”

hearing your thoughts on “la” the last few days has warmed every inch of my heart. I’m so proud of this song and really happy to be able to share it with you. what lyric are connecting with the most?

This track is from her upcoming album, Kelsea, which she describes as her most personal one yet. The first single from the album, “homecoming queen?” set the tone, providing fans with raw, relatable emotion. The track also encompasses some of those same feelings which make hearing the rest of the album that much more exciting.

I’ve got a love and hate relationship with LA
Off the plane, paint my face in the car, park my heart at the valet
I watch the sun sink down over Santa Monica Boulevard
When I’m lonely and I’m missin’ home
But other times I feel like my blood is runnin’ Cali

I wonder if I’ll get invited to the party
Yeah and if I do, will I go?
If I go, will I know somebody?
I’m on my third glass of wine tryin’ to find conversation
In a room with bigger names
But other days I’m lookin’ out for real estate

Confetti’s fallin’, friends are callin’
Saw me on the TV
But if I let down my hair in the ocean air
Will Tennessee be mad at me?
Yeah, I know it ain’t a one-way road
But sometimes it feels that way
I’ve got a love and hate relationship with LA

Sometimes it feels like it’s all real but nothin’ here is as it seems
I ask myself does it feed my soul or my anxiety?
Carpet’s red, ego’s fed, but it’s myself that I have to face
I’ve got a love and hate relationship with LA

For more Kelsea Ballerini updates, keep up with Country Fancast!