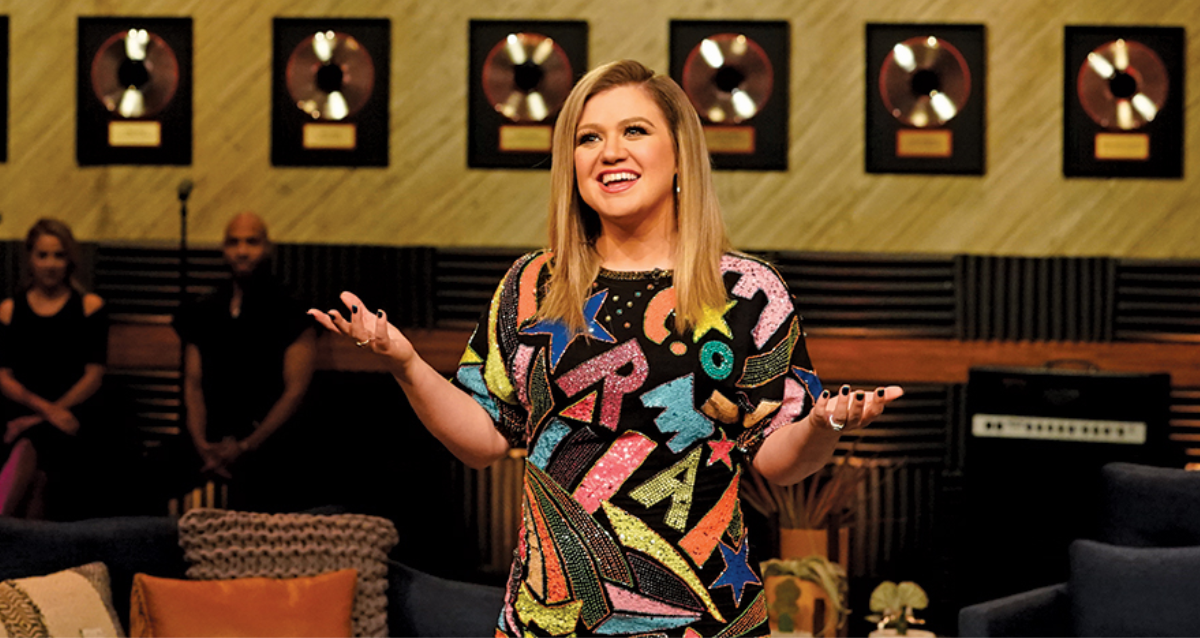 The Kelly Clarkson TV show is locked and loaded and ready to entertain all her fans! The superstar stops to talk about what is in store for viewers.

Every since Kelly Clarkson won American Idol she has been an American favorite among television viewers and music fans.

Now that a Kelly Clarkson TV show is a reality, her fans couldn’t be more excited!

So what can people expect from The Voice coach and singing superstar? In a recent trailer release, Clarkson told the camera what is in store.

“I literally cannot wait to do this show,” Clarkson said. “I’m so stoked. We have a few surprises up our sleeve for daytime. It’s gonna be good. Or, it’ll be what it’s gonna be. You can like it or not!”

We are pretty sure we are going to like it, I mean…it’s Kelly Clarkson! What’s not to love?

“I love talking, it’s no secret. If it is, you’ve never seen me anywhere,” Clarkson admitted. “I’d love to see all kinds of guest on the show. All different kinds of walks of life, backgrounds, celebrities, non- celebrities.”

Initial guests include Josh Groban, Terry Crews, and Chrissy Metz and Chloe Grace Moritz. Clarkson also said that she is going to shine light on organizations that get overlooked all the time, hinting that the show will have a charitable theme.

The hour-long talk show will air at 2 p.m. ET, right before Ellen Degeneres’s show at 3 on NBC (which also airs The Voice).

In an recent interview Alex Duda, executive producer of The Kelly Clarkson Show, said “There are so many opportunities to tell stories in this daypart”.

“The show is going to be the essence of Kelly — fun, funny, upbeat, disarming. Equal parts humor and heart,” said Duda.

“Kelly has something to say to the daytime audience that is unlike anybody else in the daypart right now,” Duda continued. “She’s a 36-year-old mom living in a blended family. She’s living a big life right now at the top of her career trajectory. I think of this combined gives our show a really big advantage.”

Clarkson plans to select random fans at her shows and conduct on-the-spot interviews to help sharpen her own skills as a talk show host.

“It’s going to be great advance promotion for the show and it’s going to make her stronger at interviewing all different types of people,” Duda says. “This is somebody who understands the workload and is finding fresh ways to approach it.”

Watch a live stream of one of her recent concerts below where she talks about the upcoming talk show!