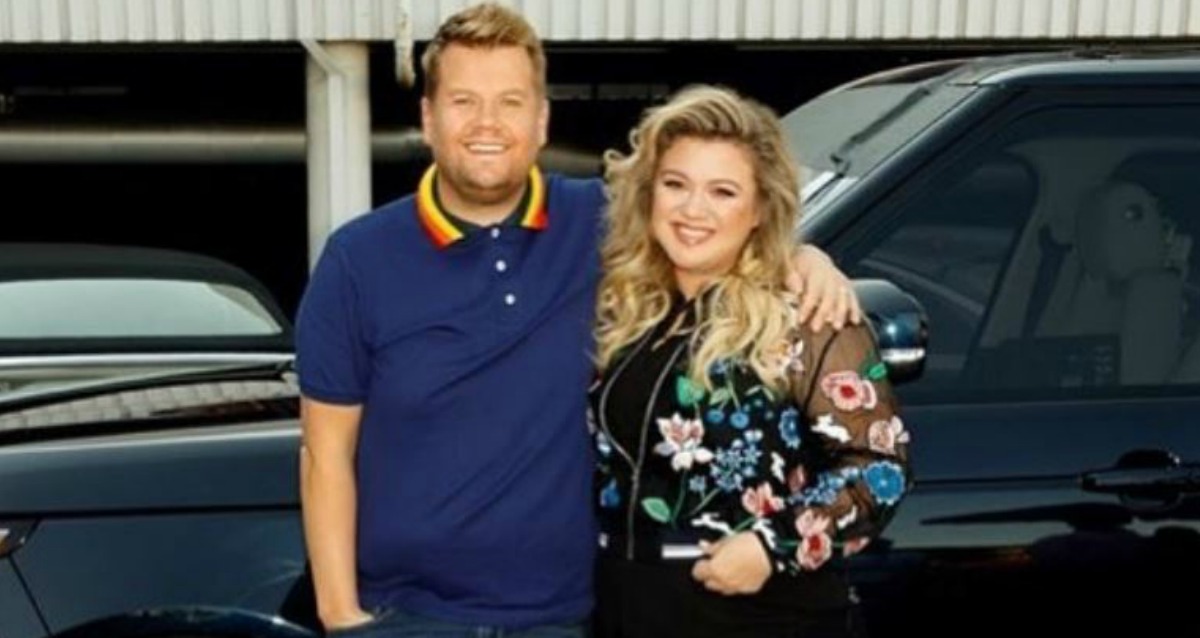 If you haven’t seen the Carpool Karaoke video series, hosted by the British-accented James Corden, the most recent one with Kelly Clarkson is a good place to start.

The segment is part of Corden’s The Late Late Show, which airs at 11:35PM CST on CBS, and starts with him in his car on his phone asking an unknown person to help him carpool through Los Angeles traffic to work.

“She’s the best” Corden sighs with relief as he hangs up the call. Then none other than Kelly Clarkson hops into the car!

Carpool Karaoke‘s format is pretty standard. The television host drives around with a celebrity musician and listens to their hit songs on the radio while the pair sing at the top of their lungs, much like you and I would do in our cars alone. The result is astonishing hilarious!

The first song that comes across the speakers is Clarkson’s 2004 hit “Since You’ve Been Gone” and Clarkson sings in harmony with herself. It’s pretty great.

“I think you’ve got a voice where you can make anything sound good” Corden says to Clarkson after the song is over.

“I mean I try, but it doesn’t always, I promise you that” Clarkson says with a smile.

Corden then challenges her to sing “do you want the receipt, or can I put it in the bag”, and she does, and it sounds amazing of course!

“Love So Soft” is the next song and she hits an incredible high note at the end, no auto-tune on that one!

After that Corden asks Clarkson if she knew if she was mentioned in Hillary Clinton’s book:

This is a real page from the Hillary book pic.twitter.com/RksLsw4mKc

She said she found out via Twitter, what an incredible thing to find out on social media!

The next thing that happens is so incredibly random, Corden arranges a date night with her husband Brandon Blackstock…complete with a bottle of non-alcoholic bubbles, table with chocolate-covered strawberries and a violinist! Blackstock blows the date night with a comment about getting a “report from the farm”…you have to see it for yourself below! Clarkson kept saying that she knew how nervous her sweet husband was acting. The video is absolutely worth a light-hearted watch!