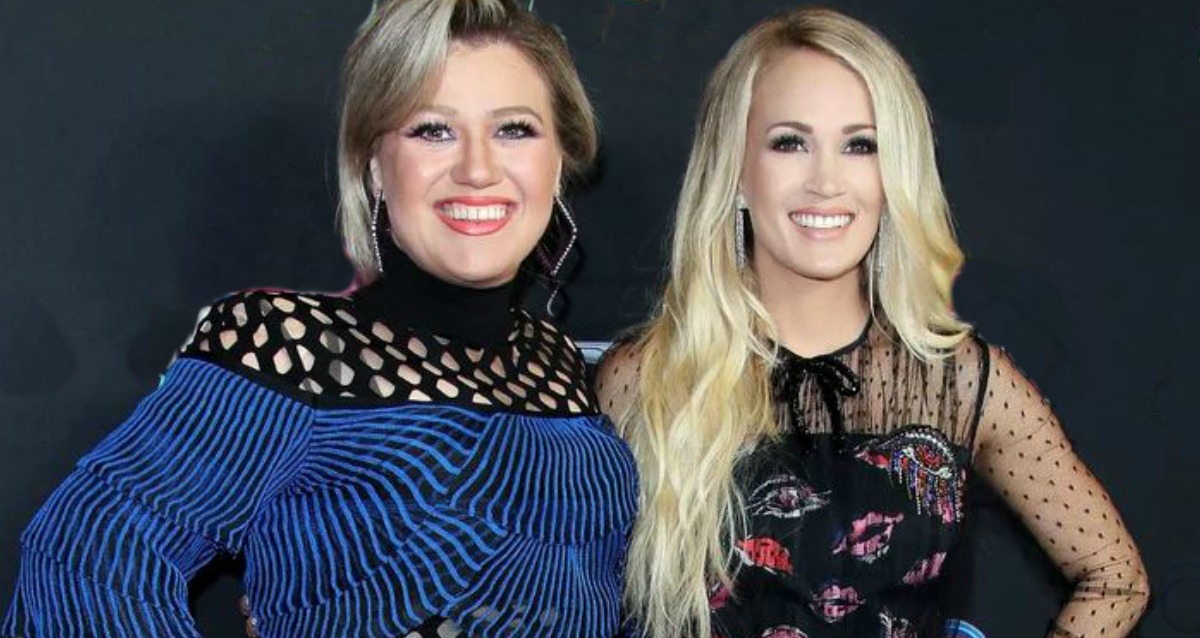 In a recent interview with ET, Kelly Clarkson surprised herself by getting teary-eyed about her friend Carrie Underwood. It has recently come to light that Underwood suffered 3 miscarriages before her August pregnancy announcement and Clarkson commented on the fact that she was proud of her for being open about it.

Clarkson has long been known for being an advocate for women, whether it is urging women to love their bodies or cheering on fellow mothers with careers. So it comes as no surprise that Clarkson saw Underwood’s openness about her struggles has admirable in showing women that they are not experiencing this type of misfortune alone.

“I’m so happy for her,” Clarkson said on camera. “I didn’t know a lot of the situations that were going on behind the scenes, and I have a lot of friends that have gone through [miscarriage] several times as well.”

In an email Clarkson said to Underwood:

“It’s so important that you talk about it. I know you don’t have to because it’s a hard thing to do, but it makes women that feel inferior, or feel like something’s wrong with them, it makes them feel comfortable, and [know] that [other] people go through it.”

As for Underwood, she admits to feeling depressed about her trouble getting pregnant and having her trust in God tested.

When she was sitting with her child she remembered thinking “Why on Earth do I keep getting pregnant if I can’t have a kid? Like, what is this? Shut the door. Like, do something. Either shut the door or let me have a kid.”

…And my life wouldn’t be what it is without my boys, my family and my friends! Thanks to all who could come today! I don’t deserve all of this! But I am so grateful and my heart is so full! ❤️ 📸: @cameronpremo

We can only imagine the pain and disappointment each time a pregnancy didn’t work out, but now thankfully Underwood is well on her way to being a mom of two.

Ooh baby do we have a bundle of info to share with you! Click here for info on The Cry Pretty Tour 360! #CryPrettyTourBundle #CryPrettyTour360 #CryPrettyAlbum @CALIAbyCarrie http://www.carrieunderwoodofficial.com/

In other good news, Underwood recently broke a country music record by being the first woman to bring four country albums to the top of the all-genre Billboard 200 chart.

Her most recent #1 record was Cry Pretty and you can listen to the title track below!