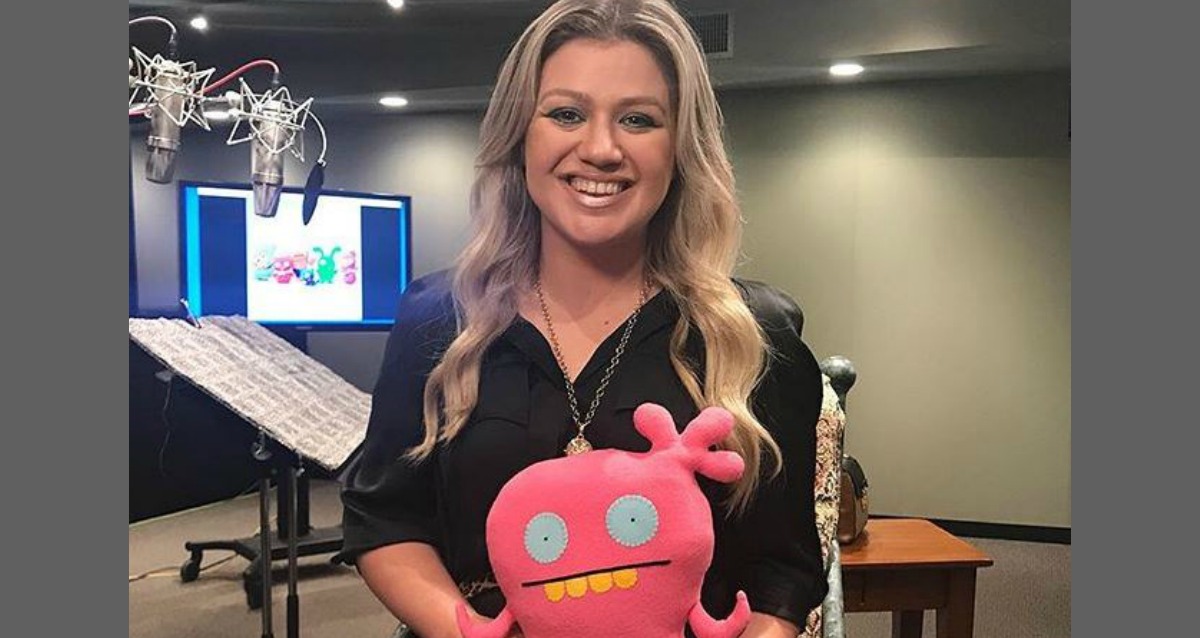 Kelly Clarkson fans are patiently awaiting her upcoming cinematic adventure, which she recently announced in a social media video post.

In a segment called “Minute Glass of Wine with Kelly Clarkson”, the “Meaning of Life” singer announced that she will be voicing the part of “Moxy” in the upcoming movie called UglyDolls set to release in 2019.

Kelly Clarkson holds a stuffed version of her character which is a pink, tiny, adorable monster.

“A big dream of mine has been to play in an animated film, and sing, because I love singing” Clarkson says with a smile.

“I get to play ‘Moxy’ [in the UglyDolls movie] and I love her because she’s pink too and my daughter thinks I win in life because every year on her birthday she asks for ‘pink forever’, literally” Clarkson says in the adorable video.

My other little munchkin 😊♥️ #RiverRose

We are sure that Clarkson’s daughter River Rose owns the stuffed pink “Moxy” that starred in the social media video by now.

The video is shot from the voice-over studio where Clarkson will be recording her parts for the movie and you can see the fancy microphones in the background.

Clarkson says that she is super nervous because she hopes people will like just hearing her speaking voice verses seeing the former American Idol in action. She jokes that she will be putting on her thespian hat and “acting it out”.

Clarkson goes on to reveal that the musician Pitbull will also be a part of the movie and then goes on to tease audiences that there might be a Clarkson/Pitbull Facebook Live dance party in the near future.

We really hope that happens, fingers crossed. Clarkson is staying pretty caffeinated in the video so a dance party might just be a possibility.

The coffee-charged singer (just watch the video :)) says that she really connects with the movie’s story which is about differences and individuality and “celebrating our weird and imperfections”.

“It’s fun to be an artist and do your own thing, your artist stuff, but also do something outside of yourself” Clarkson says.

In addition to her speaking roles, she will also be singing new songs that were written for the movie.

We look forward to seeing UglyDolls and hearing Clarkson’s “Moxy” next year!