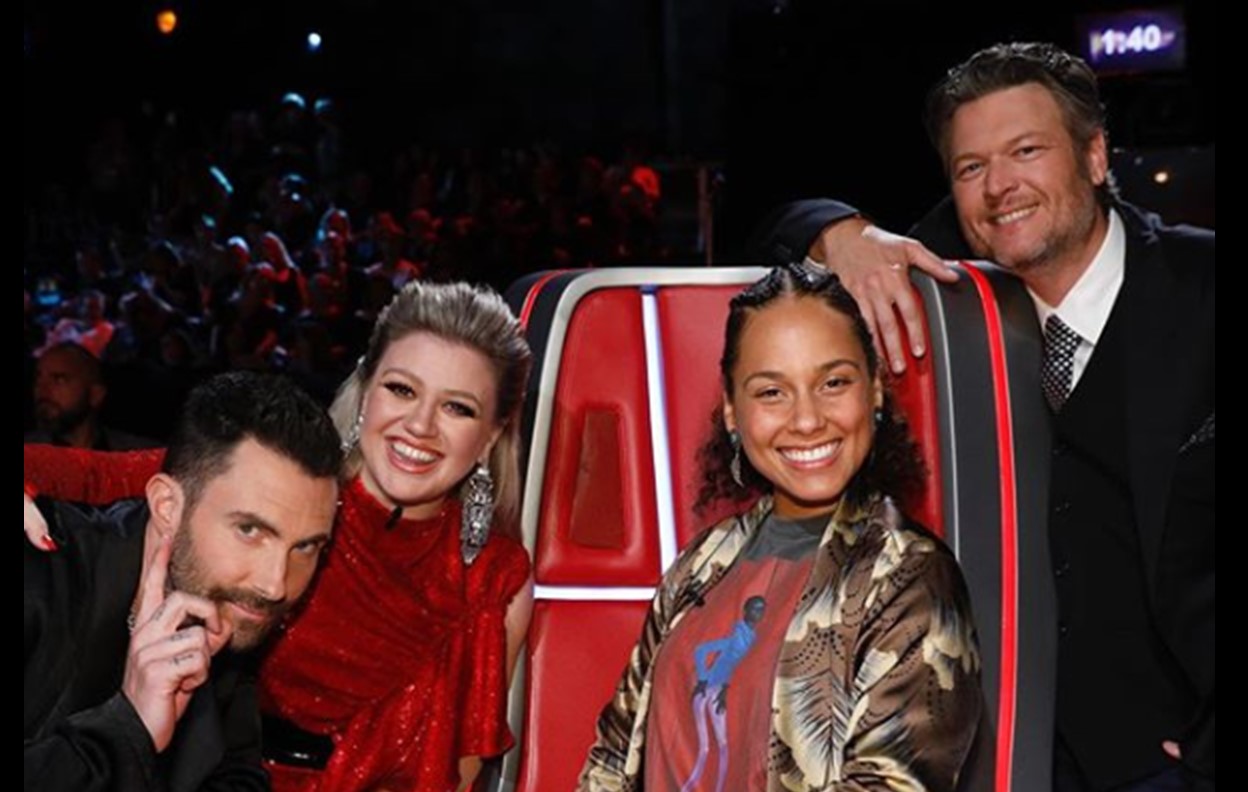 Team Kelly Clarkson emerged victorious as 15-year-old Brynn Cartelli won Season 14 and became the youngest winner in the reality singing competition’s history! While that’s enough to make Kelly very happy, the win is even sweeter because she also bested ‘top rival’ Blake Shelton during her first season as coach.

As fans of the show know so well, Kelly and Blake have been exchanging barbs all season long and the Oklahoman even agreed to call her “Queen Kelly” if a member of her crew won.

“Don’t think I’m not waiting,” Clarkson quipped after Tuesday’s finale when asked if Shelton has made good on his word yet. “I haven’t checked my phone, but I’m gonna hold him to it!”

Although she wants to hear Blake utter those words, she has her doubts— “He ain’t gonna say it – he ain’t gonna follow through.”

While Kelly and Blake work it out, Brynn is ready to launch her own music career.

“I want to start recording and writing as soon as I can and get music that I love out as soon as possible,” she shared with PEOPLE. “I’m already sending some ideas to Kelly about what I want to do and how I want my music to sound.”

“[Kelly has] been really clear about wanting to continue this support and relationship of just helping me out with everything,” added the budding starlet. “She’s been so, so, so amazing and just so selfless, and I’m so grateful to have her as my mentor to start my career.”

Kelly will certainly be a great mentor for Brynn to continue working with and learning from as she gets momentum from ‘The Voice.’ As fans well know, the Clarkson was the first winner of American Idol and has built a huge career for herself since winning the show.

Team Blake and Team Kelly will get another chance to battle it out in the near future. Kelly, Blake, and Adam Levine will be returning as coaches for Season 15. Alicia Keys will be replaced by Jennifer Hudson this time around.

Watch Brynn Cartelli and Kelly Clarkson sing Crowded House’s “Don’t Dream It’s Over” during the first night of the live finale below!

Share this update with other fans of ‘The Voice.”