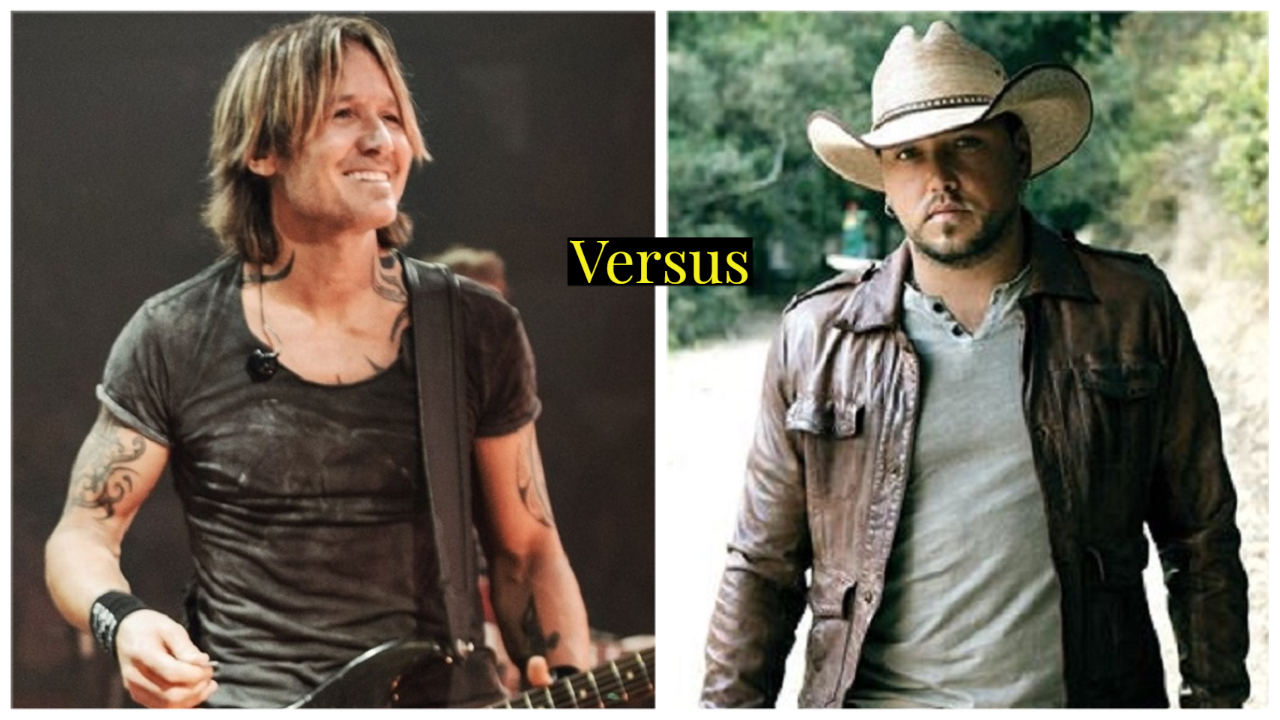 Watch the Keith Urban versus Jason Aldean most popular music video battle and let us know which music video gets your vote....

The Keith Urban versus Jason Aldean video battle includes the most popular music video from each country music artist across their entire career.  Watch their “most popular” music videos below.

Keith Urban versus Jason Aldean:  Most Popular Music Video of all time

Keith Urban’s most popular music video is “Blue Ain’t Your Color” that has 274 million YouTube views and was released in 2016 from his “Ripcord” album.  The country music phenom Keith Urban‘s moody and soulful “Blue Ain’t Your Color” topped 4 Billboard Country charts simultaneously—  Hot Country Songs, Country Airplay, Country Digital Song Sales, and Country Streaming Songs.  Canadian singer-songwriter Steven Lee Olsen was first struck with the idea for “Blue Ain’t Your Color” after falling asleep on his couch and jotting down some loose notes upon waking up. Olsen soon pulled in fellow songwriters Hillary Lindsey and Clint Lagerberg to help complete the moody song.  Originally, Olsen planned to record and release the song himself.  Olsen allowed the song to be pitched to Keith Urban and the rest is history.  Keith loved the song and recorded it.

Watch each of the “most popular” music videos from each artist below and let us know which country artist and music video is your favorite?

“Despite the waltz time signature, I feel it is more of a soul song,” Urban shared with Billboard in an interview. “We worked for a long time in the studio to get the feel and simplicity to where it is. Certainly when [parent album] Ripcord came out [in May], it was definitely one of the tracks that people responded to immediately. Even when we kicked off the tour [in June], it was getting the same reaction live. I loved it the first time I heard it [and] I love playing it live, so it’s really the best feeling when it connects the way that this one has.”

Learn more about the Family Journey of each artist below.