Keith Urban Talks About His Late Dad on ‘Ellen’ [Watch] 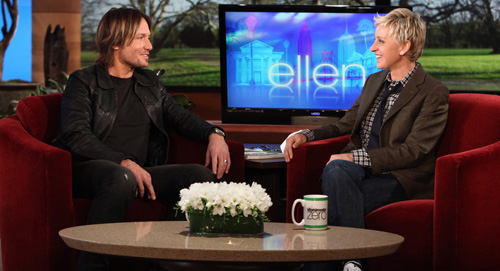 Keith Urban discussed what a huge influence his father was on his career.

Keith Urban opened up about his late father on The Ellen DeGeneres Show today. The country music superstar gave his father Robert “Bob” Urban full credit for helping him develop his career and love for music.

“His — well, our — record collection was all American country music and that’s really what pointed me in the direction of Nashville,” the entertainer shared with Ellen.  Keith discussed the role his father had on his career in the footage below.

Keith Urban On His Dad’s Role in His Career

Sadly, the Urban family patriarch passed away in December after a long battle with cancer. The elder Urban was fully devoted to helping Keith chase his musical ambition— from sewing Keith’s stage costumes to tracking down a guitar teacher for his talented son.

The singer just announced his 2016 RipCord Tour, which will kick off this June and run through November. Rising stars Maren Morris and Brett Eldredge will join him on the road.