Keith Urban Shares About His Father’s Influence on His Career 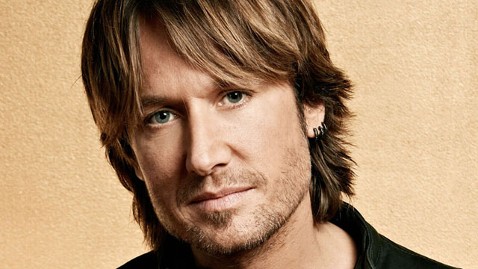 It was a sad day this past Saturday for Keith Urban and his family. Urban’s father, Bob Urban, passed away at the age of 73 after a “long battle” with cancer. The passing of a parent is never an easy thing to handle, in Urban’s case his father was the main reason he choose a life and career in music. Luckily, Urban’s father got to see the success his son has found in country music, all over the world.

At the recent opening of Urban’s exhibit at the Country Music Hall of Fame and Museum, he talked about how his father influenced him to become the country singer he is today.

“For me, all roads lead to Don Williams. And the reason I say that is because my dad loved country music,” Urban said.

“He grew up in New Zealand. He was a drummer all though the ‘50s; he played rock ‘n’ roll. When rock ‘n’ roll splintered in the ’60s and it lost a lot of its rockabilly elements — which is what my dad loved about it — he kind of went off in a folk direction, and he was a fan of the Pozo-Seco Singers, and there was a member in that group called Donald Williams. And when Donald became Don Williams and went solo, my dad followed him as a fan, a real fan.”

“That was really the start of all of this,” Urban continues.

“The records I grew up with were mostly Don Williams records. My dad went and bought every record Don made the day it went on sale. And I remember one day, I was going to a record store with my dad, and I remember saying to my dad, ‘What’s the single off this album?’ … He goes, ‘I don’t know. I haven’t heard anything off of it yet.’ I said, ‘Well, then how do you know it’s going to be good?’ And he said, ‘It’s Don Williams.’ And it hit me in such a way that I thought, ‘I’d love to make those kind of records. I’d love to make records where you know it’s going to be solid.’”

Now that Urban’s dad is gone, the advice he left behind will live on forever in Urban’s heart.

“My dad said to me, early on, ‘If you can, try to work with people you would have dinner with if there was no work to discuss,’” Urban reveals. “And I feel very, very blessed that I’ve been able to work primarily with people who absolutely fit that criteria … It’s a short life, and I like to work around nice people.”

Our thoughts and prayers are with the Urban family during this tough time.