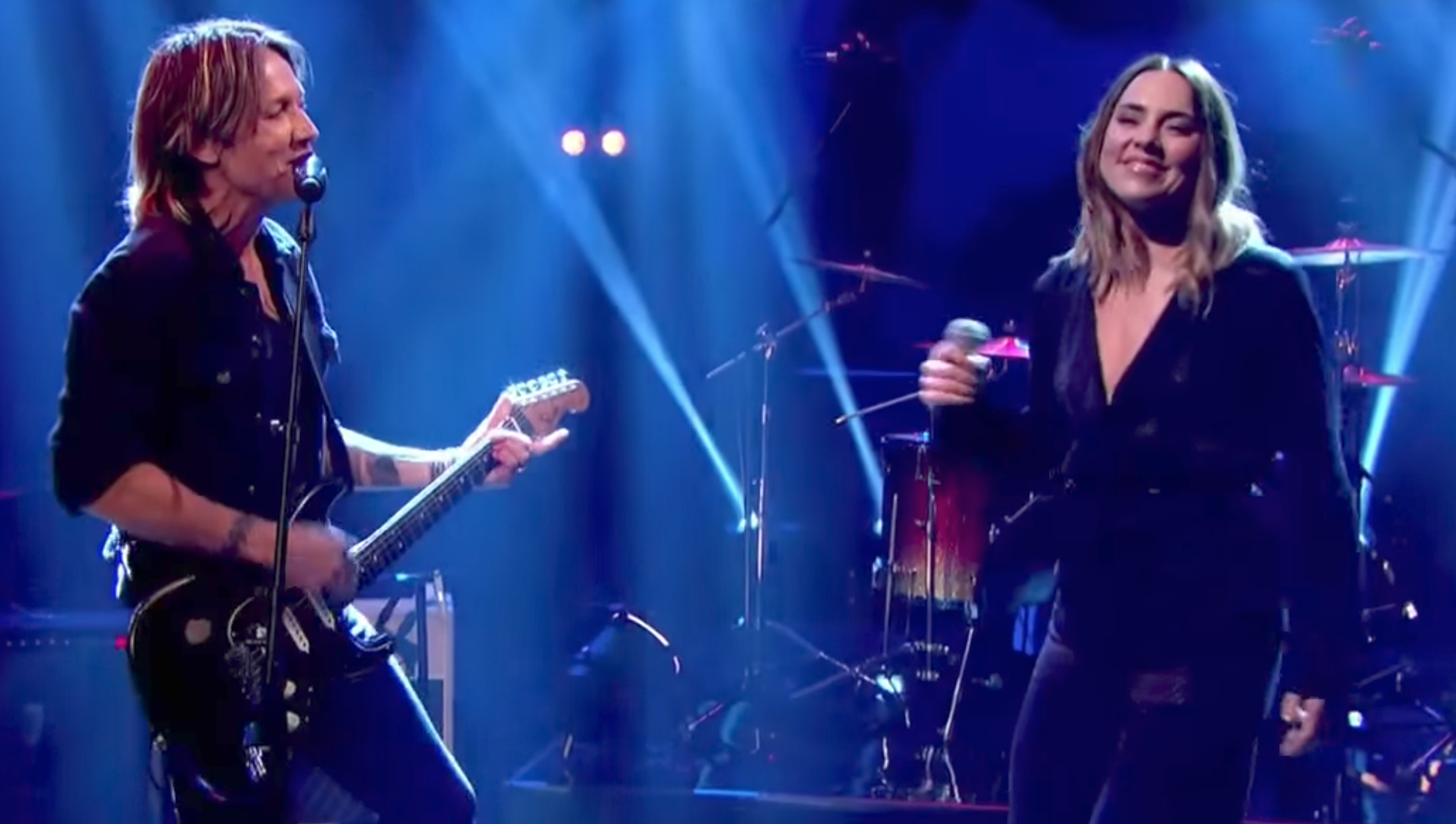 Keith Urban recently performed "The Fighter" on The Graham Norton Show, and Melanie C from the Spice Girls joined him on stage!

Urban was a guest on The Graham Norton Show with his wife, Nicole Kidman, when he also went on stage to sing. However, he needed a duet partner. Keith Urban has a history of collaborating with many famous artists. This time, he got a member of the British 90s pop group (The Spice Girls) to sing alongside him as Melanie Chisholm, also known as Sporty Spice, joined him on stage.

Check out the video of their performance here!

Although Melanie was a worthy candidate, who can beat the original duet with Carrie Underwood?

The rest of the show was quite entertaining. During the interview part of the show, Urban and Kidman recalled the first time they met in 2005. They shared a photo from an event called G’Day LA, which is a Hollywood event that honors Australians and brings Aussie culture into the U.S. It’s also known as Australia Week, so it comes as no surprise that the Australian-born Country singer and Australian Oscar winner were in attendance.

Since this show airs on BBC, Urban’s British fans had the chance to look at a few awkward photos from back then. These fans also call themselves the Urban Army. Everyone now agrees that he is more photogenic. In fact, one of the photos of a teenage Keith Urban had a suggested caption: “Boy Least Likely to Marry Nicole Kidman.” How funny!

Kidman celebrates her 50th birthday next month, and she revealed that she is not a fan of surprises. However, Urban shared that he pulled off one surprise. It was a private fireworks show that he had specially arranged for her 40th birthday while she was making the film Australia.

“There was a mountaintop and I had a couch taken up there and dropped off,” Urban explains. “We drove up there, got out of the car and I said, ‘Oh, look! There’s a couch over there.’ She’s like, ‘A couch?’ We sat down and all these fireworks started going off.”  What a perfect romantic gesture!