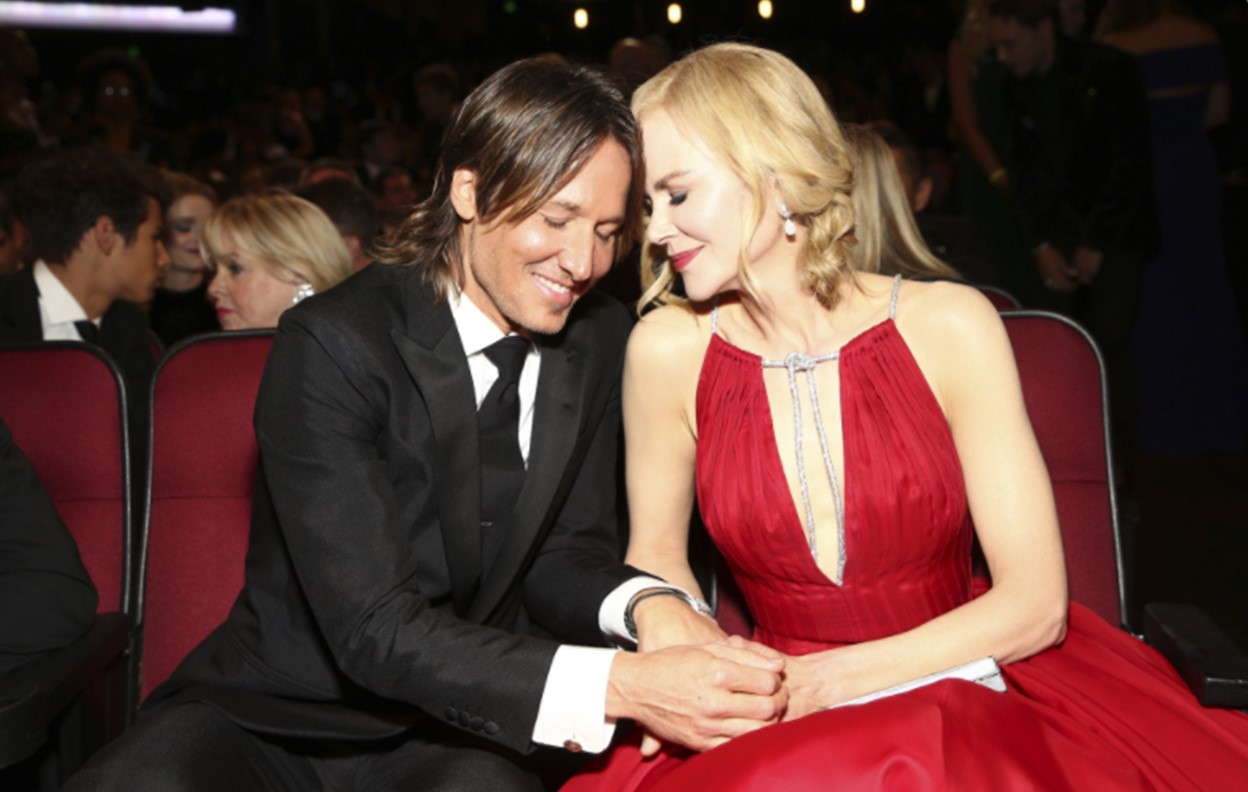 Country music superstar Keith Urban and his wife actress Nicole Kidman plan on making the journey back home with their two young daughters, 8-year-old Sunday Rose and 6-year-old Faith Margaret, to ‘the land Down Under’ for the holidays!

“We go back to Australia,” Kidman recently shared with Us Weekly. “My mother and my husband’s mother both live in Australia so we go back home. My sister, and [I], we have a big summer Christmas, which I know sounds bizarre to Americans.”

Will turkey or ham be on the famous family’s holiday menu? Nope.

“We go back for the heat. We want to be on the beach for Christmas, no snow,” she added. “We love the ocean and shrimp.”

Okay, no snow but white sands should count towards a ‘White Christmas’… right?!

While enjoying their unusual Christmas festivities, the family has something big to celebrate— Nicole Kidman’s just announced 2018 Golden Globe nomination. The actress was nominated for best performance by an actress in a limited series or motion picture for her role in Big Little Lies. Nicole also starred in Top of the Lake: China Girl, which also earned a nomination.

“Hey baby- CONGRATULATIONS on all the GLOBES love this morn!!!!!!
Incredibly proud of you, the work, and
all the BLL and TOTL team.
THE STARS ALIGNED!!! xxxxxx – KU #GoldenGlobes.” Urban posted via his social media accounts.

In response to the impressive six Golden Globes nominations Big Little Lies picked up, Nicole shared the following statement, “We are all aware of how rare it is for a show and its cast to be honored in such a huge way, and we are all incredibly grateful. Thank you to the Hollywood Foreign Press for giving the show so much love. It was made with love, guided by the incredible David E. Kelley and Jean-Marc Vallée as well as my partners in passion Reese Witherspoon, Per Saari and Bruna Papandrea. The character Celeste is so precious to me and the recognition is deeply appreciated.”

Congrats to Nicole and we hope the Urban-Kidman family has a very merry holiday season!