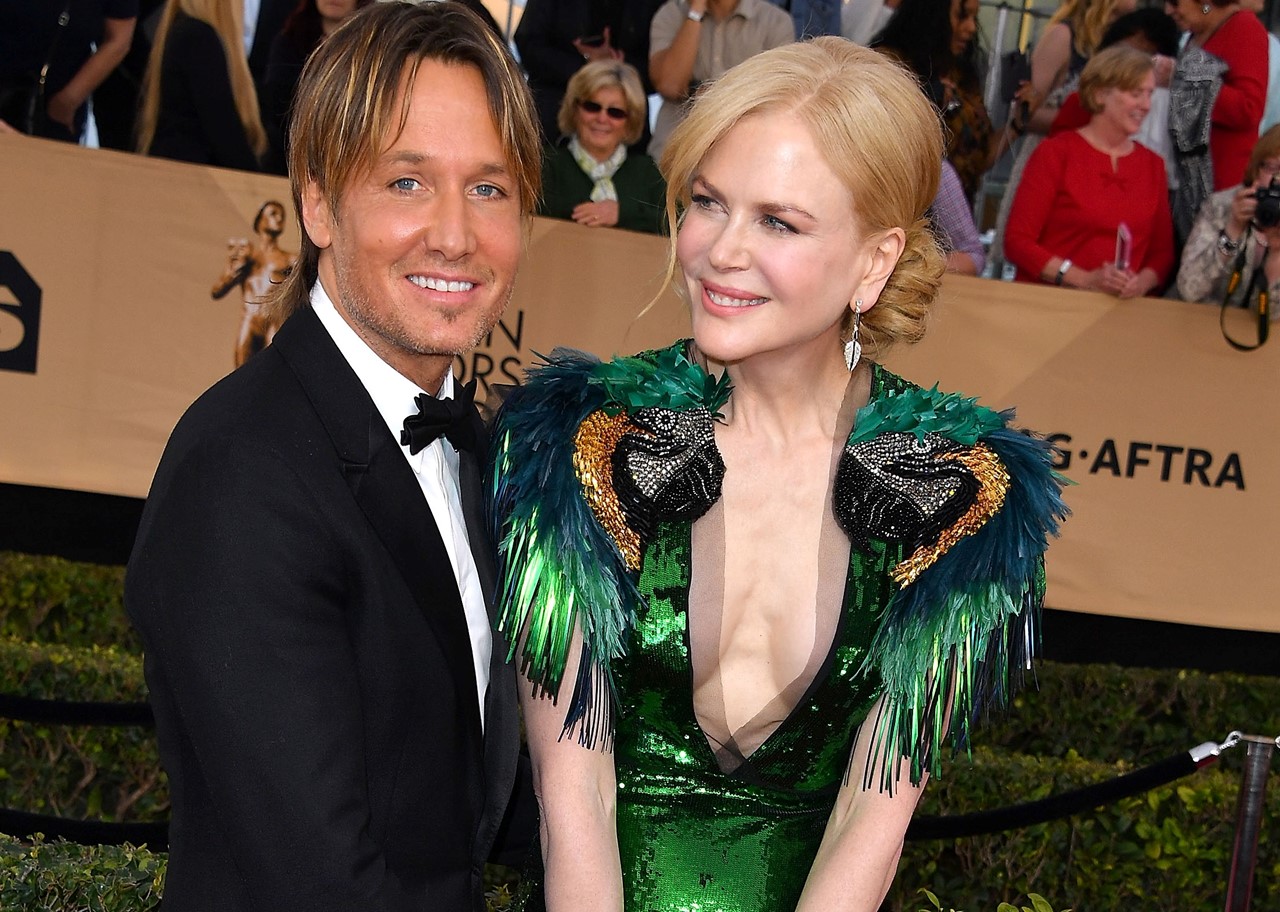 “Happy Anniversary Babygirl. Eleven years and you still feel like my girlfriend!!!” Urban shared via Instagram with a sweet series of cuddly photos.

Happy Anniversary Babygirl Eleven years and you still feel like my girlfriend!!! – KU

As expected, Kidman also posted a cute message to her husband via Facebook. The actress posted a photo of their wedding day writing, “11 years of love that I thank God for every day. I love you Keith Lionel more and more. Happy anniversary.”

The power couple met in January 2005 during a special G’Day LA event honoring Australians. After a whrilwind romance, the pair married at the Cardinal Cerretti Memorial Chapel in Sydney, Australia a little over a year later. In 2008, they welcomed first daughter Sunday Rose into the world, followed by second daughter Faith Margaret in 2010.

The Kidman-Urban family primarily lives in Nashville but also maintain homes in Sydney and New South Wales, Australia as well as Los Angeles.

Though they live charmed lives, the pair have faced real trials together. Shortly after their wedding, Kidman forced Urban to re-enter rehab to deal with his drug and alcohol addiction issues.

“[She’s] the one I’ve been looking for and the one I’ve been preparing for, or life has been preparing me for, anyway,” Urban reflected during the 2015 opening of his Country Music Hall of Fame and Museum exhibit. “We got married, and I hadn’t taken care of my problems, and so my demons just came and kicked my a– and her a– and blew our world up. But this woman rallied the troops.”

The artist continued, “In so many ways, it was the most powerful act of love in reaching into the fire and pulling me out… because she believed in me, and she saw something in me in such a way that she risked everything, everything, to trust me and pull me out of the fire and let me then do the right thing and move into the light.”

In 2014, it was Keith stepping up and putting Nicole’s world back together after the sudden death of her father.

“I had a husband that came right back. I called him screaming and crying. And he was about to go on stage. And he walked off stage and he got on a plane — he had just gotten there,” Kidman recalled to CBS during a recent interview.

Keith and Nicole’s beautiful bond is a great example of true love. We wish them many more years of happiness together!