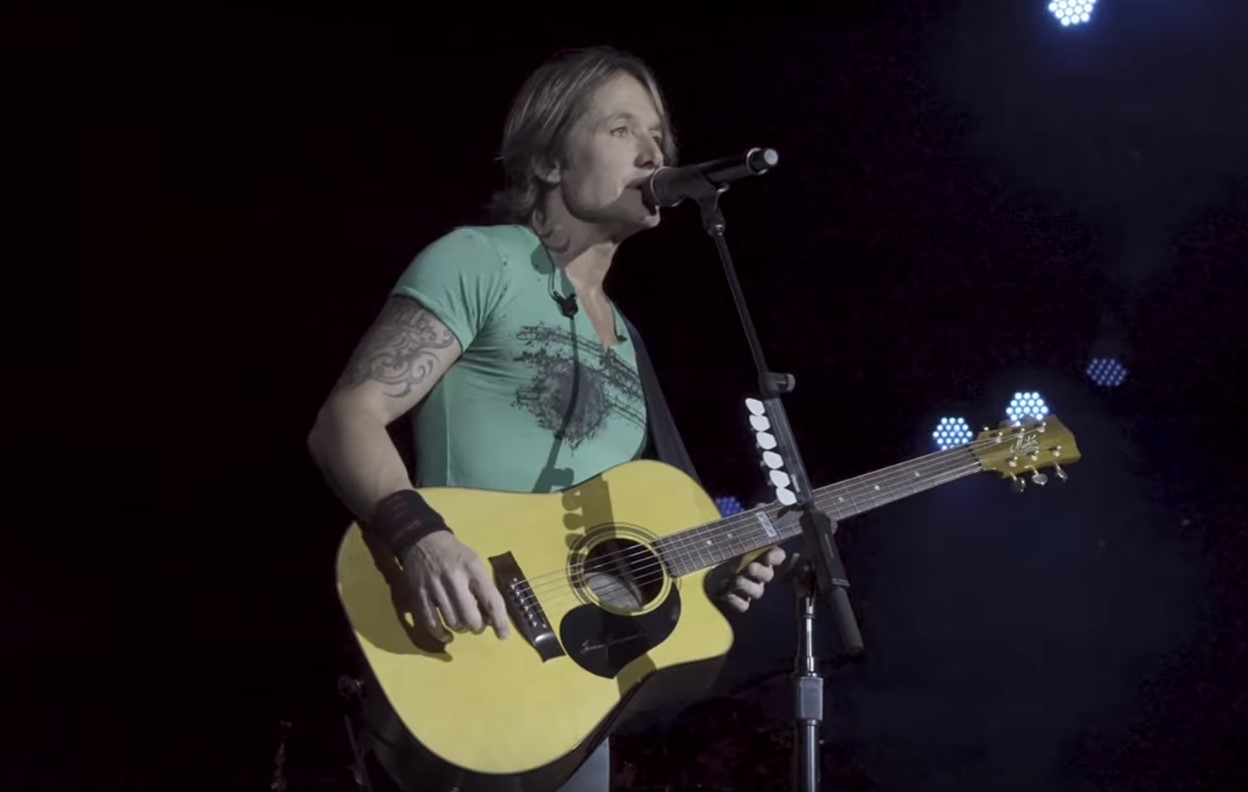 During the celebration, the Aussie paid tribute to the artists who passed away in 2018. Watch Urban perform a medley of “Zombie” by The Cranberries (in honor of Dolores O’Riordan), “Respect”(in honor of Aretha Franklin), “Rolling In My Sweet Baby’s Arms” (in honor of Roy Clark), “Wake Me Up” (in honor of Avicii), “Sweet Home Alabama” by Lynyrd Skynyrd (in honor of Ed King)!

Yes, Peter Frampton joined Keith onstage for “Sweet Home Alabama”! How awesome is it to see them both rocking out together?! What a beautiful way to honor a handful of the musicians we lost over the past year.

Check out the NYE event being set up in the video clip below!

The stage is set for TONIGHT! 🎉 Ring in 2019 with us in downtown Nashville or LIVE on @NBC!! #NashvilleNYE @visitmusiccity

Now, for the end result…

We hope everyone had a great start to 2019! Next up, the star will be preparing to kick off the Australian leg of his Graffiti U World Tour.

Be sure to share this performance with other Keith Urban fans and those who would appreciate this tribute!