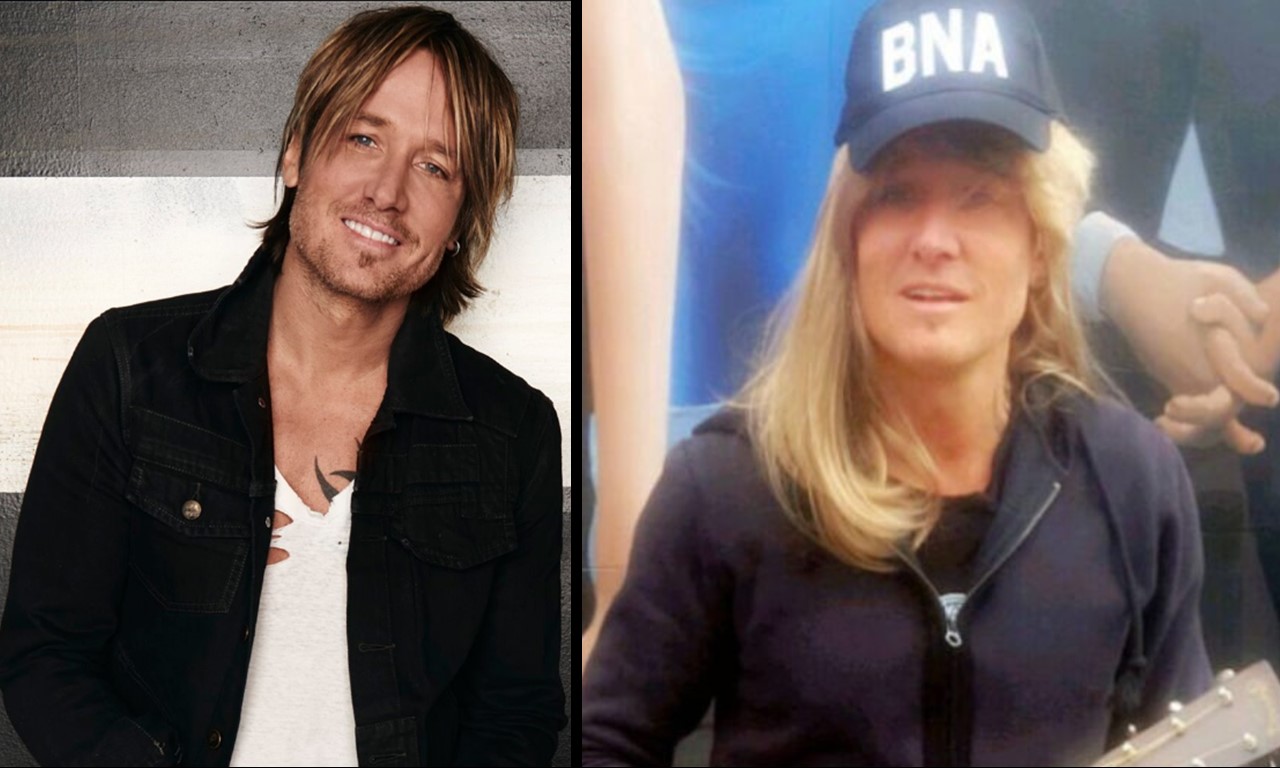 If you saw a street performer yesterday in Nashville, you might have been in the presence of country music sensation Keith Urban! More here.

“We’re just doing something a little crazy on the streets today in Nashville, doing a little busking,” Urban shared with The Tennessean. “We made $8. It’s pretty good.”

Thankfully, one fan captured the mullet-fueled glory on video!

Urban was a good sport and gladly posed for pictures with fans!

Just met @keithurban …lol playing on the corner with his guitar case open in a mullet wig… yeah I like him even more now… 😂 Hey Keith come on over to Tootsie's World Famous Orchid Lounge top floor when you're done. I'll be playing until 2pm! 😉 #SarahMartinMusicOnFacebook #SarahMartinTN #keithurban #itskeithurban #neverknowwhoyoumightsee #Nashville #countrymusic #blueaintyourcolor

That mullet wig has a life of it’s own and doesn’t appear to jive well with baseball caps.

Earlier today, as I went to play at @tootsies_orchid_lounge, I happened upon this sketchy drifter. You know times are hard in the music industry when even @keithurban is busking on Lower Broadway. He's always a class act and looking out for his fans and charities. This is yet another reason why I love this city. #keithurban #BNA #nashville #nashvillescene #countrymusic #musicianlife #livemusic #acoustic #wednesday #music

If you plan on being in Music City prior to CRS kicking off on February 22nd, be sure to keep your eyes peeled for Brad Paisley and Blake Shelton. The two stars are rumored to be involved in similar CRS-related shenanigans.

Share this unexpected hilarity with other Keith Urban fans!