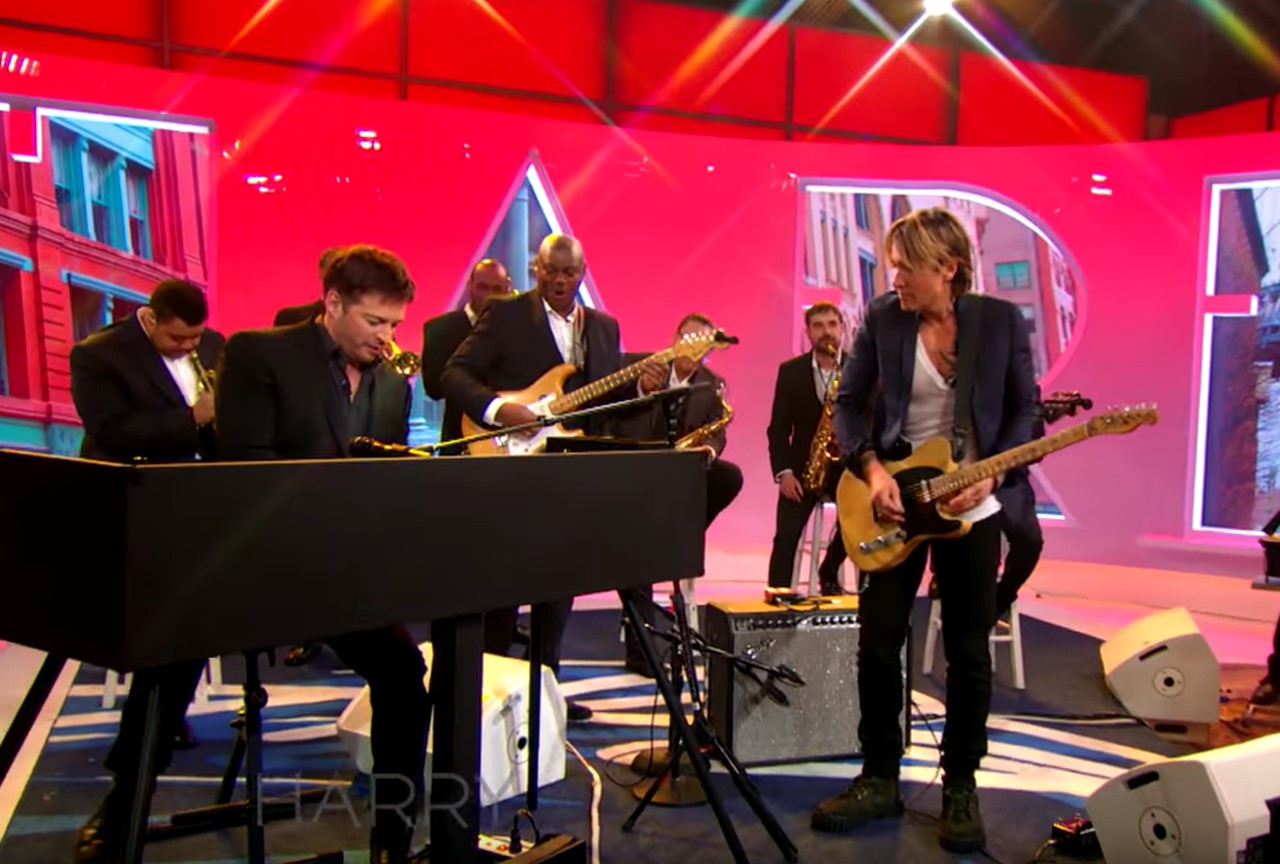 While appearing on Harry Connick Jr.'s daytime talk show, Keith Urban got much more than he bargained for! Watch the entertaining footage here.

“I don’t know what I’m doing, Harry!” Urban exclaimed before kicking off the jam session on guitar with Connick on the piano and the house band joining in. Enjoy the jazzy three-minute piece below!

The audience really got into the organic musical piece— clapping and swaying along to the dynamic musical collaboration.

Later in the show, Keith and Harry teamed up for a humorous “solo duet,” which forced both artists into a giant suit jacket while also attempting to play guitar at the same time. Things actually when pretty well, but things got a little dicey when Harry insisted that they also add piano into the mix.

Keith is such a good sport and looked like he enjoyed hanging out with his talented friend. His face while awkwardly seated at the piano is priceless!

Share this artistry — and hilarity— with other fans of the Aussie star!