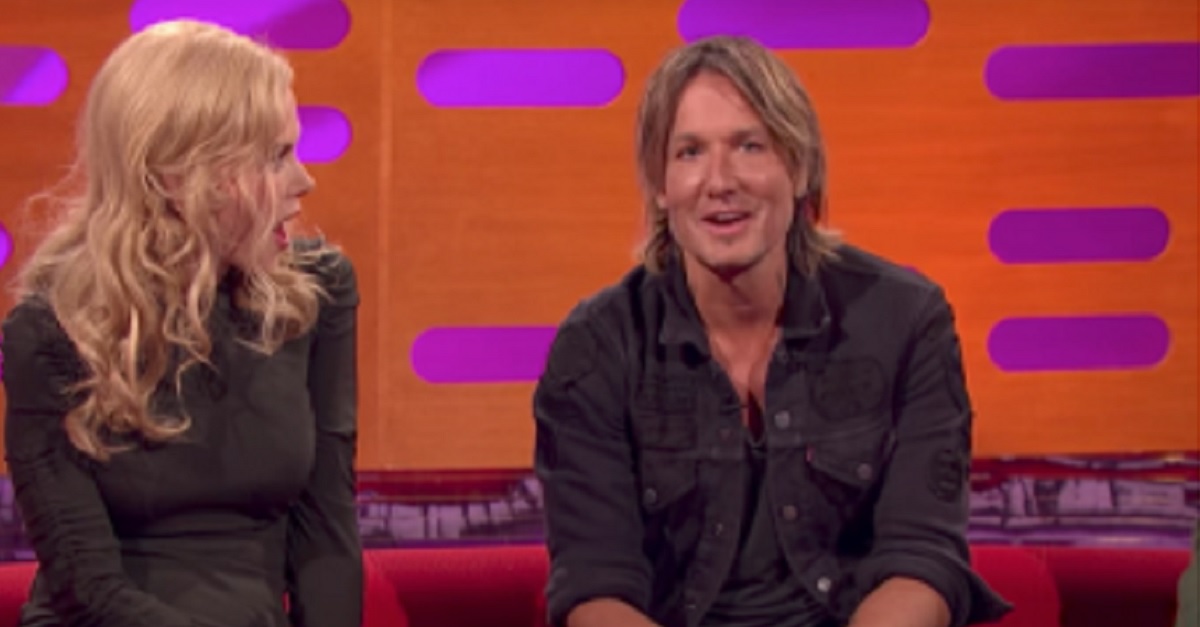 Over the course of his career Keith Urban has had many strange fan requests, but there's one he will never forget and it leaves wife Nicole Kidman speechless!

Front row fans are always eager to throw something up on stage for an autograph. Country superstar Keith Urban is no stranger to these requests, much like any other celebrity. He stopped by BBC America’s “The Graham Norton Show” to share one of his most memorable and strange fan requests.

The country singer told a story about a woman who requested an autograph on her prosthetic leg! She actually threw her leg on stage for him to sign.

“Years ago, I was doing a concert in this big venue, and somebody in the crowd yelled out, ‘Will you sign my leg?'” Keith said during the interview. His wife, Nicole Kidman, was also present at the interview and was shocked by the story. At the time of the strange fan request, Nicole and Keith were not married.  Keith thought the fan request would make a fun concert moment, so he invited her on stage.  Check out the interview below!

Weirdly enough, the woman threw her prosthetic leg onto the stage instead of joining Keith on stage herself.  She then watched her favorite country star pick up her leg to sign it.

“It landed with a thump. So, I picked it up and signed it,” Keith said.

After signing his name in cursive lettering, he then felt confused. How was he supposed to return the leg?  He jokingly thought, “‘What’s the correct prosthetic leg returning etiquette?’ Do you throw it? Do you crowd surf it?” Keith decided to crowd surf the leg back to the fan, who was very pleased with her autographed prosthetic leg.

“She attached it back,” he said. The crowd cheered and it ended up being a funny, but strange, moment of the concert.

Keith Urban has other memories of strange fan requests aside from this funny fan moment. A soon-to-be mother and fan once asked him to sing her into labor. Sure enough, he pulled her on stage and gave it a try while singing his own “Blue Ain’t Your Color.”

In another fan request moment in Chicago, Keith responded to a fan sign for a pregnant woman and invited her on-stage and had her meet Nicole Kidman.

Be sure to share these funny fan requests with other country music fans!